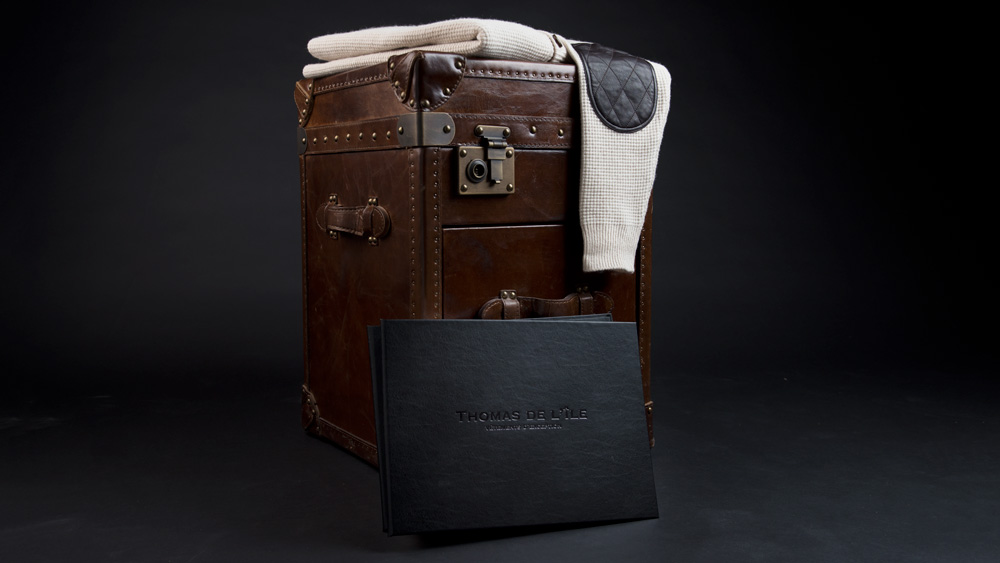 Though we will always be proponents of a splashy print or solid statement coat, there is something about wearing a piece that is quietly luxurious—say a finely tailored white shirt or bespoke leather oxfords—unnoticed by anyone but the most discerning observers, that feels extra special. It’s a formula nailed by the likes of Brunello Cucinelli, which has struck the mold of substance over style (but, importantly, without sacrificing the latter). And it is also a niche where small cashmere brands flourish.

After all, if you’re not playing with intricate patterns and bold colors, it’s hard to catalogue the differences between one crewneck sweater and the next with the naked eye. Instead, it’s all about touch, and that’s a fact that Montreal-based brand Thomas de L’île knows well. The ultra-exclusive line is helmed by Thomas Poitras, who jumped ship after years in the software industry to follow his passions by founding the brand. And when you think about it, this collection of V-neck sweaters and cardigans—distinguished by signature lamb leather quilted elbow patches—are just the kind of thing you’d see Silicon Valley execs throwing on every day in the autumn.

It is this pared-back aesthetic—one that puts the brand’s ultra-soft cashmere on full display (and is sourced only from the most exacting British mills), that, according to Bruce Pask, men’s fashion director at Bergdorf Goodman, caused Thomas de L’île’s sweaters to fly off the shelves during their first season on the department store’s men’s floors. “The cashmere weight of these sweaters has an amazingly soft feel that is immediately appealing,” Pask says of their appeal. He also notes that “the leather elbow patches reference the rich interiors of sleek racing cars,” a detail, he says, is hard for automobile-enthusiasts to resist.

This season, the brand’s luxe sweaters are back on the floor at Bergdorfs in New York (212.753.7300)—though we’d suggest snapping up the crimson V-neck or navy polo style (complete with rich burgundy leather elbows and placket accents) fast, as a limited number of each is handmade by the brand’s artisans in Italy. As for Pask, he’ll be adding the charcoal zip-front bomber to his collection, saying, “[it is] such a chic, rich combination, in a great piece that will easily become a weekend staple.” And a fittingly indulgent one at that.