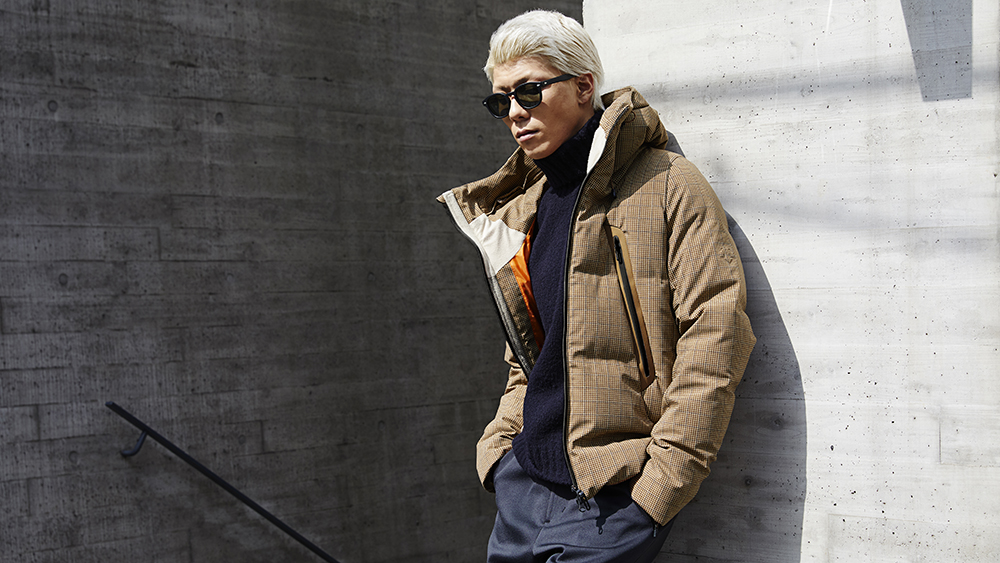 If you’re anywhere in the Northern hemisphere, you need only glance at your thermostat to know that winter is most definitely coming. Cold weather never ceases to present an outerwear challenge as everything either seems too formal, too casual or too impractical to brace against icy winds. Where is the elusive Goldilocks of insulated coats and jackets? Todd Snyder’s new collaboration with Descente may have the answer.

The New-York based menswear designer has partnered with the Japanese sporting goods company Descente on a sharp lineup of technical jackets and coats, which will keep you covered until what’s already become a hotly anticipated spring thaw. Comprised of six standout pieces, (they range in price from $320 for a pair of trousers to $1,680 for the puffer seen above) the capsule includes some of Descente’s signature designs, such as the Mizusawa Down Jacket, but cut from rugged Wool Mix Dermizax to give it the handsome Snyder treatment. Representative of this perfect pairing, that innovative fabric combines the feel of wool with the kind of water-resistance that can see you through harsh conditions and keep you dry.

Snyder is a design industry veteran who held important roles at Ralph Lauren, J.Crew and The Gap before launching his namesake line in 2011. Since then, his unfussy, masculine aesthetic executed with impeccable tailoring has become a menswear favorite. Snyder has long admired Japanese culture (he opened one of his earliest stories in Tokyo), and his latest work with Descente fuses that brand’s incredible know-how with his recognizable Savile Row influences.

Established in Osaka in 1935, Descente originally made a name for itself as a purveyor of skiwear during the middle of the last century before expanding its range to include a host of different outerwear. For this project, the company’s proprietary technology, like that from its ALLTERRAIN and SYNCHKNIT lines, was put into the special checked print and bold pinstripe styles that more closely resemble classic suiting than streetwear. Four of the six pieces produced are matching coat-pant sets that make a statement whether in the city or on a mountainside.