Looking for Robb Report UK? Click here to visit our UK site.
×
By Laura Craik for The Sunday Times

Laura Craik for The Sunday Times

Laura Craik for The Sunday Times's Most Recent Stories 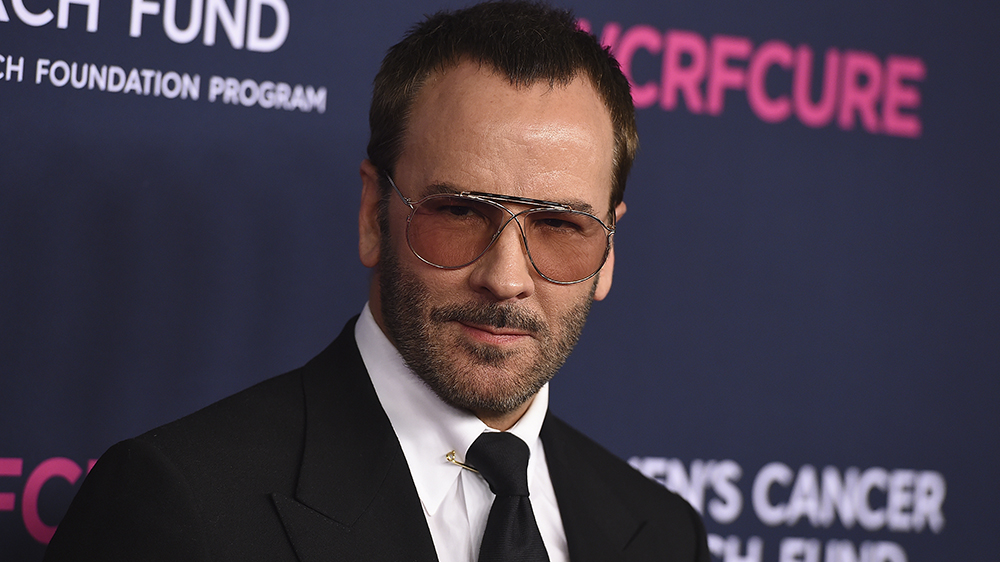 Given his notorious penchant for perfection—this is a man who rearranges the lights, flowers and even other peoples’ clothes if they fall short of his exacting eye—I’m relieved to be talking to the fashion designer Tom Ford over the phone, thus sparing him the pain of my less than immaculately curated Zoom background. “I do a lot of Zoom calls,” he says, speaking from his Los Angeles home. “Actually they have helped with my vanity. At the beginning of lockdown, I was concerned about how I looked. But everyone looks like hell on Zoom. Who cares?” He pauses. “OK, I haven’t given up completely. I do have a ring light that goes around my computer and throws semi-perfect light so I look like a newscaster. I also have a little stand that makes my computer slightly above eye level.”

So far, so Tom. Does he have a lockdown uniform? A three-piece suit, perhaps? “I’m wearing it right now,” he says. “White T-shirt, jeans shirt, jeans and black boots.” Dare I ask whether he has ever worn a pair of sweatpants? “I have. I don’t find them particularly flattering. Knitwear is a big part of my collection and has sold really well throughout this pandemic. I don’t feel well in knitwear, it’s a little too soft for me. I feel better in something a bit harder. I feel too vulnerable in sweatpants.”

It’s a reassuringly fitting image: the man who redefined both sex and luxury as head of Gucci (1994-2004) and Yves Saint Laurent (1999-2004) and directed two films (A Single Man, 2009, and Nocturnal Animals, 2016) as his side hustle still feels vulnerable sometimes, just like the rest of us. The Texan-born 59-year-old designer, who founded his own label in 2006 and has won countless awards for his endeavors in both fashion and film, has most of Hollywood on speed dial. At his most recent show in Los Angeles, Jennifer Lopez, Miley Cyrus and Renée Zellweger jostled on the front row alongside Anna Wintour. Being locked down in Los Angeles since March with his husband and partner of more than 30 years, the journalist Richard Buckley, and their eight-year-old son, Jack, is a far cry from his usual all-gloss lifestyle, which sees him flit between London and LA.

Ford with actors Julianne Moore and Colin Firth at the Italian Film Festival Premier of ‘A Single Man’ in 2009.  Joel Ryan

Like every fashion designer, Ford has had to adapt his business radically. That his brand is so big—his eponymous clothing label turns over $2 billion a year, while Tom Ford Beauty turns over $1 billion—has its own particular challenges. Business, he says, has been incredibly tough. “I’ve had to furlough and let so many people go. It has been brutal. As a non-essential business, I’m not allowed to work in my office. I’m not allowed to have an atelier.

“Our sewing people are sewing from home. When the clothes are ready we set up a tent in our parking lot, because we have to be outside. We have a nurse on site who tests everyone before we even have the fittings. And it has not let up. Jack has only seen another child three times in the past eight months. But I get to see him all the time. We have lunch together every day. So there are great things too. I’ve learned that, as a company, we don’t need to travel quite as much as we did. I don’t have to go to any of these social red carpet events. Personally, I hate them.”

Ford’s father died in March, aged 88. “I was and still am deeply sad, but I didn’t cry until I had to get on the phone and give a talk to everyone in the company to let a lot of them know they were going to have to be furloughed,” he says. “I burst into tears. That part has been incredibly hard. And I’m one of the lucky ones. It has been so hard on so many people. Everyone has had to look inward, evaluate their lives and reassess what’s important.”

Ford and his partner Richard Buckley at the BFI London Film Festival in 2013.  Jon Furniss

I wonder whether Ford, forced into remaining at home, has become a sourdough-baking cliché like the rest of us. “I’m a terrible cook,” he laughs. “But Richard is really good. I can microwave some frozen doughnuts, always one of my main food groups, and I’m afraid it has become even more so. Luckily I haven’t gained any Covid weight.” Extremely lucky, given his love of Percy Pigs. “Someone sent me a huge box for my birthday. I have to say I ate them so quickly. But I eat the vegan ones now. I can’t have porcine gelatine. The texture is not quite as good, but that’s life.”

Tom Ford the vegan has also become Tom Ford the sustainable, banning single-use plastics from his home and offices. For a fashion colossus who reinvented luxury during his tenures at Gucci and Yves Saint Laurent, reinventing sustainability is a cinch, as his first sustainable watch, which launches this week, will attest. “The band, the buckle, the case and the box are made of ocean plastic,” he says proudly. Being Ford, he has secured exclusive rights to a specific type of ocean plastic that has been heat-treated to look chic as well as being durable. And while he would be the first to admit that Tom Ford isn’t immediately thought of as an ethical luxury brand—his close friend Stella McCartney would lay first claim to that—he insists its ethos is, at heart, sustainable. “Most of the things I create are made of natural fibres, and my clothes are not meant to be thrown away. If you stay thin you can wear them your whole life. If you don’t you can give them to your kids or auction them, sometimes for more than you paid for them. So they’re not disposable, hopefully. They’re beautifully made and if you take care of them they will last for multiple generations.”

Even before the pandemic hit, fatherhood had caused him to think more about the sort of world he would be leaving behind. “Jack goes to a very liberal school and this [sustainability] is something that is drilled into their heads. He’s very conscious. ‘Dad, turn the lights off.’ ‘Don’t run the water.’ That’s all very, very important to the younger generation.”

While our inability to travel has at least been good for the planet, like everyone else Ford misses it, both personally and professionally. As chairman of the CFDA (Council of Fashion Designers of America) he is currently working on making American fashion great again after the decimation caused by the pandemic. “I think the first real fashion-show season will be in fall 2021,” he says. “I just hope that with the vaccine, the pandemic is under control by then. I’m hopeful that it will be.”

As he has homes in LA, London and Santa Fe, I wonder where he will travel to first for pleasure. “This will sound snotty and spoilt, but I’ll go to Mustique. We go every year for Christmas—we’ve been doing it for the past 20 years. It was the first place Jack went into the ocean, when he was six months old. But London is the place I travel to most. I’m sad in a lot of ways that I don’t still live there. We moved to America for Richard’s health, which has proved to be good. But Jack has lost his English accent. A friend said to me that having an English accent is a wonderful thing because in America, if you hear an English accent, people immediately think that you’re intelligent, polite and cultured; that it’s a wonderful gloss and veneer that can hide lots of flaws. It’s true!”

I refer you to our prime minister, I say. Ford laughs. “I met and spoke with him every morning on the tennis court in Mustique,” he reveals. “We were both there for Christmas. He plays every day at 7 am and I play at 8 am. Politically speaking it’s a different thing, but crossing each other and saying ‘Hello’ every morning, on the tennis court, I found him very charming. We would exchange a few words, chat for a minute and off we’d go.” He pauses. “We had very different tennis costumes, though. I played in tennis whites. He played in tennis blacks.” Tennis blacks? “Black socks, black shorts, white shirt, and I believe black shoes.”

Ford bows at the end of a fashion show in February 2020.  Chris Pizzello