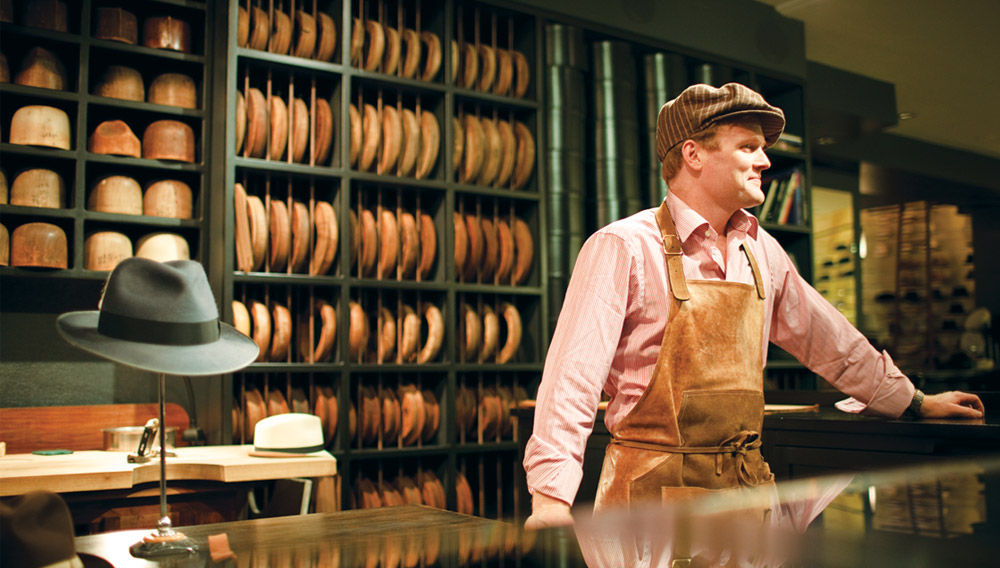 In high school, Graham Thompson wasn’t like most of his friends. He loved film noir (he still does), but it was more than just the memorable performances by James Cagney, Edward G. Robinson, and others that lured him in. It was the culture and, more specifically, the era’s sense of style. For men, that style revolved around a hat.

Thompson began importing Panama hats from Ecuador while he was finishing high school, which eventually led him to Johnny’s Hat Shop, a small custom hatmaking enterprise run by Johnny Tyus on the South Side of Chicago. Thompson visited the shop often, but in 1995, soon after he finished college, Thompson learned that Tyus had plans to retire. The young hat enthusiast couldn’t bear the thought of Tyus’s shop closing its doors, so he transitioned from customer to apprentice, learning the necessary tools of the trade to keep the business alive.

When Thompson took over the shop later that year, he renamed it Optimo (www.optimohats.com) and took steps to continue Tyus’s legacy. “I got to see and work on high-quality hats, and I had his customer base—some of these guys were 80 or 90 years old and grew up wearing great hats,” Thompson recalls. “They really understood what a great hat was. That was one of the greatest benefits that I could have had.”

Today, Thompson makes standard and bespoke hats in a variety of styles and materials, which can range in price from $400 to $20,000. “When you think of great American style, a hat is just one of those things that’s timeless,” he says. “It’s part of who I am and who my customers are, and I couldn’t imagine a life that didn’t include wearing hats. It’s a big part of my style and it’s something that I love.”