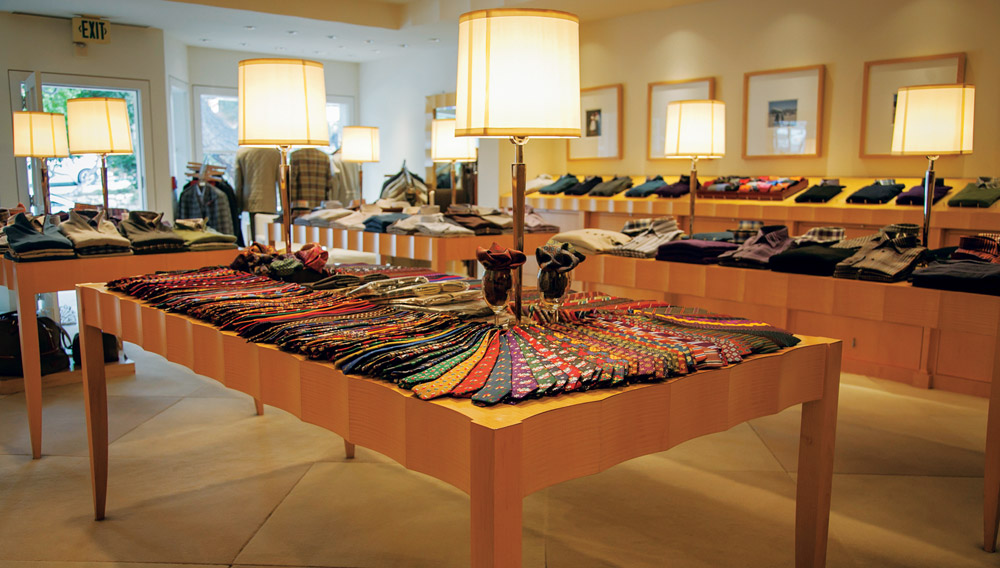 A visitor to the Robert Talbott (www.roberttalbott.com) shop on Ocean Avenue in Carmel, Calif., will encounter many of the same articles of clothing and accessories that are on display in the brand’s two additional boutiques. At 1,200 square feet, the Carmel store is neither the biggest nor the smallest of those retail spaces; but as Bob Corliss, the company’s president and CEO, explains, the store is nearest to the brand’s Monterey headquarters where the menswear line first began more than 50 years ago. “The closer you are to home, the closer you are to the inspiration for the product,” he says.

The Robert Talbott brand established its reputation with its line of neckwear. That necktie craftsmanship has evolved over the years, and today it culminates with the brand’s most exclusive offering—the seven-fold tie. The method, which began in Italy, starts with a square yard of silk that’s folded onto itself seven times. The handcrafted ties that Robert Talbott creates this way are numbered and limited to only 40 pieces per design. “It’s a lost art, really,” Corliss says. “We can’t claim that we invented it, but we’ll take credit for its renaissance and the growing popularity of it.”

The Carmel store often elevates the Robert Talbott tie-buying experience by bringing in a craftsman who will sew the brand’s seven-fold ties on-site. Customers can select from recently finished pieces or they can pick out a silk design and have a tie made to order that day. “A seven-fold tie is representative of what the original concept of ties was all about,” Corliss says. “We feel like we own it. That’s a strong statement, but we’re certainly committed to it.”