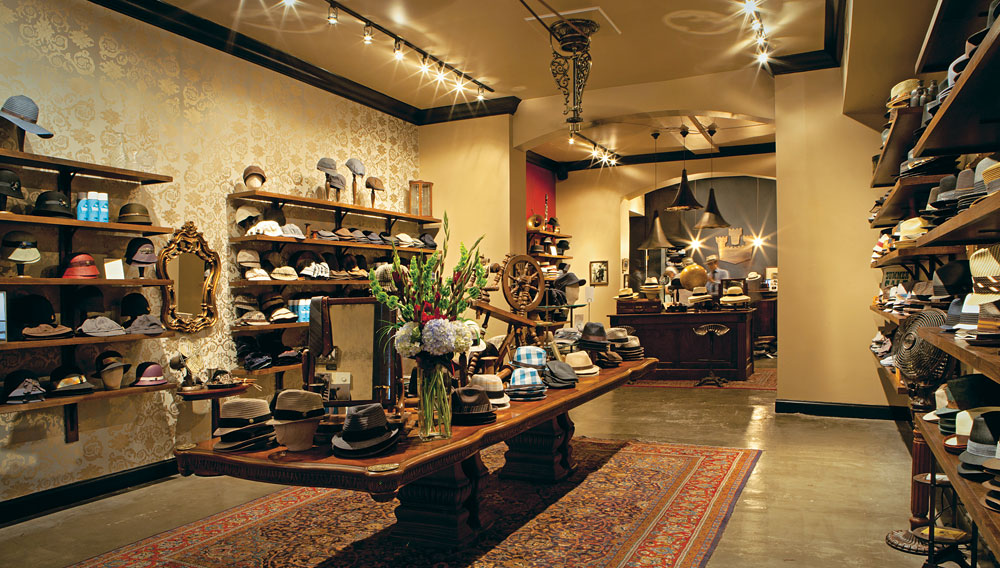 When Ben Goorin stepped into the role of president and CEO of Goorin Bros. (www.goorin.com), a family-owned, San Francisco hatmaking firm, he refocused the company’s approach and perception by opening a shop in the city’s North Beach district in 2005. Prior to that time, the company was strictly a wholesaler. “We want to be the hat shop that used to exist in every neighborhood,” he says. “We want a relationship with customers that know us well.”

Since then, Goorin has launched 20 additional hat stores around the country, and more are on the way. As Goorin explains, summer and winter each bring about 300 new styles, but every Goorin store includes a variety of styles unique to that region of the country. For example, the 1,100-square-foot shop in New Orleans, which opened in an early-19th-century French Quarter townhouse last summer, offers a more diverse selection of wide-brimmed, Panama-style hats than other stores around the country. Inventories may be unique from location to location, but the company’s old-fashioned philosophy imbues every store, as evidenced by the New Orleans shop’s service bar. “We want customers to settle in for a minute and see what they come around to,” says Kevin Doyle, the store’s manager. “It’s a consultation, really. You’re getting them to conjure up an image of them in the hat during their day-to-day lives.”

That laid-back approach not only reflects the company’s desire to match a customer with just the right hat; it also echoes the type of customer service that once was present in most specialty boutiques and that Goorin and his team aim to bring back. “We’re hearkening back to a different era when you could go in and they custom-made your hat,” Doyle says. “We’re creating an atmosphere where it feels like you’re stepping back in time a little bit.”