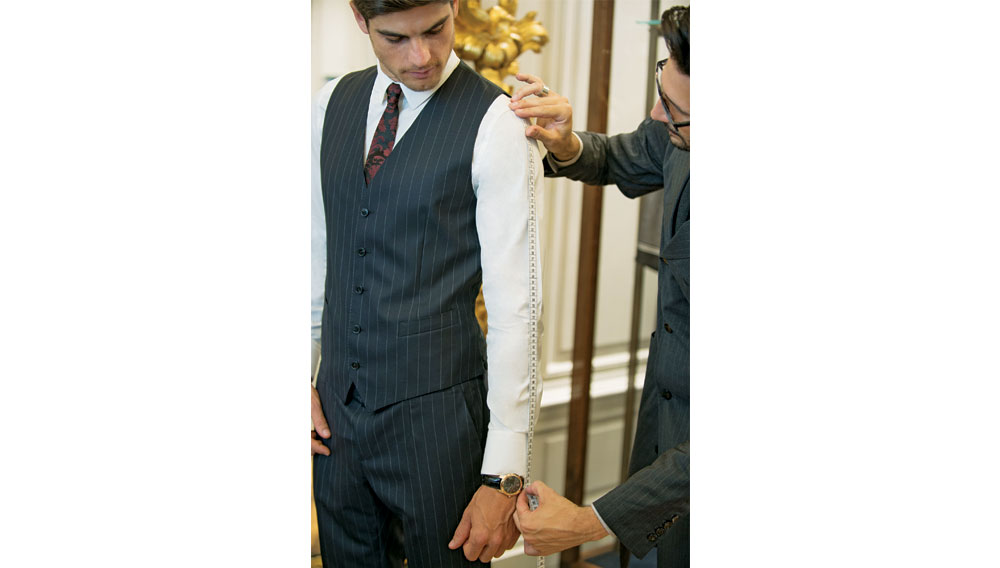 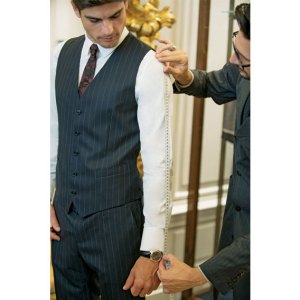 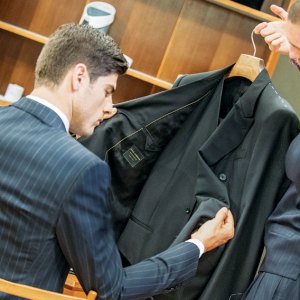 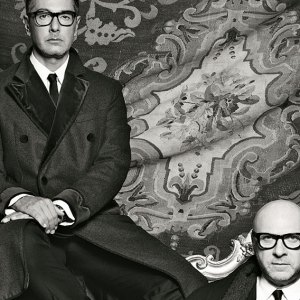 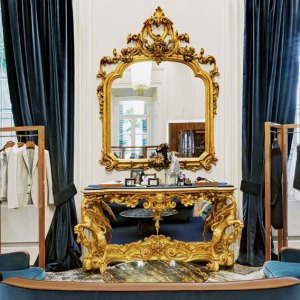 Stefano Gabbana and Domenico Dolce’s shared Sicilian origins shape their unmistakably spirited fashions, which imbue familiar forms with a certain urban edge. Recently, the designers have added yet another layer to their brand’s personality with the introduction of made-to-measure menswear, which offers their male clientele an entirely new level of personalization—one deeply rooted in Italy’s long tradition of producing impeccably tailored clothing. With this new service, the partners blend the virtues of old-world artisanship and a love of classic Italian lines with their own take on 21st-century style.

Dolce and Gabbana have graciously agreed to share this passion for Italian tailoring and culture with one fashion-conscious Robb Report reader. The designers invite the recipient of this gift to a private consultation in their men’s boutique on Milan’s Corso Venezia or at the Dolce & Gabbana headquarters, where the brand’s master tailor will personally assist in the selection of styles and fabrics, curated by Gabbana and Dolce, for a new wardrobe. A fitting with the master tailor will follow as part of a three-day experience that immerses the client and a guest in the designers’ Italy.

Best known for body-hugging fashions for women in the spirit of those seen in Federico Fellini’s La Dolce Vita, Gabbana and Dolce have taken a similar approach to menswear, adopting slimmer profiles that accentuate the wearer’s form. “Our suits enhance the strong points of the male body,” says Gabbana, who adds that his defining masculine silhouettes are the result of careful anatomical studies. Dolce & Gabbana’s tailors cut and sew every made-to-measure garment by hand in small workshops throughout Italy. Delivery requires six to eight weeks.

Dolce—whose father was a highly regarded Sicilian tailor—insists that precision-cut fabric is critical to achieving the best fit. “Cutting fabrics has always been an obsession of mine,” he says. “I remember watching my father when I was young and how he was able to transform the body with a suit. Only many years later, I discovered the master workmanship and expertise that was behind his work and how it all began with the cut of the fabric.”

The largely hand-sewn jackets require 25 hours of work, with the tailors devoting many of these hours to outfitting each garment with its wool-and-horsehair inner lining. Their attention to such details as the buttonholes is a particular point of pride for Gabbana. “Ours are cut following traditional tailored techniques and sewn by hand, one by one,” he notes.

This passion and appreciation for the subtle character of the menswear derives in part from the designers’ continuing ties to Sicily, their native region, and its lively heritage, culture, and aesthetic. A Sicilian sensibility—a love of artless elegance—informs not only their work but also their personal pursuits, including their restaurant, Gold, which brings Sicilian cuisine and wines to the streets of Milan. The recipient and guest will have the opportunity to savor the flavors of the island through the chef’s tasting menu. After dinner, the couple will indulge in another Sicilian favorite, opera, at the famed Teatro alla Scala, where they will enjoy a behind-the-scenes tour of the staging, costumes, and makeup, as well as a performance. The final curtain call, however, will not be the end of the recipient’s experience living la dolce vita—or, more appropriately, La Dolce & Gabbana Vita; after all, he will relive it every morning when he dresses.