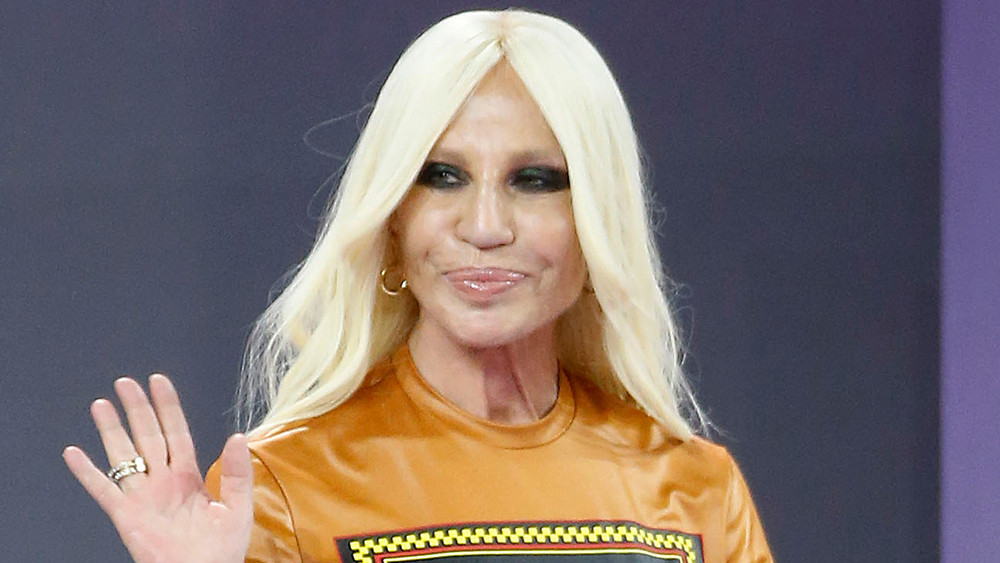 The ongoing cycle of outrage at luxury fashion houses that create controversial products gathered steam once again over the weekend.

On Saturday evening, an image of a Versace T-shirt went viral on Weibo, a Chinese answer to Twitter. The back of the shirt displayed a list of the company’s store locations around the world, formatted as the city followed by its country (“Berlin – Germany”; “New York – USA”). But Chinese users called out the brand for listing Hong Kong and Macau as their own entities, rather than as part of China. The image was originally posted by Chinese actress and erstwhile Versace spokesmodel Yang Mi, who announced via her studio that she would be terminating her contract with the Italian label, after finding that the shirt is “damaging China’s national sovereignty and territorial integrity.” 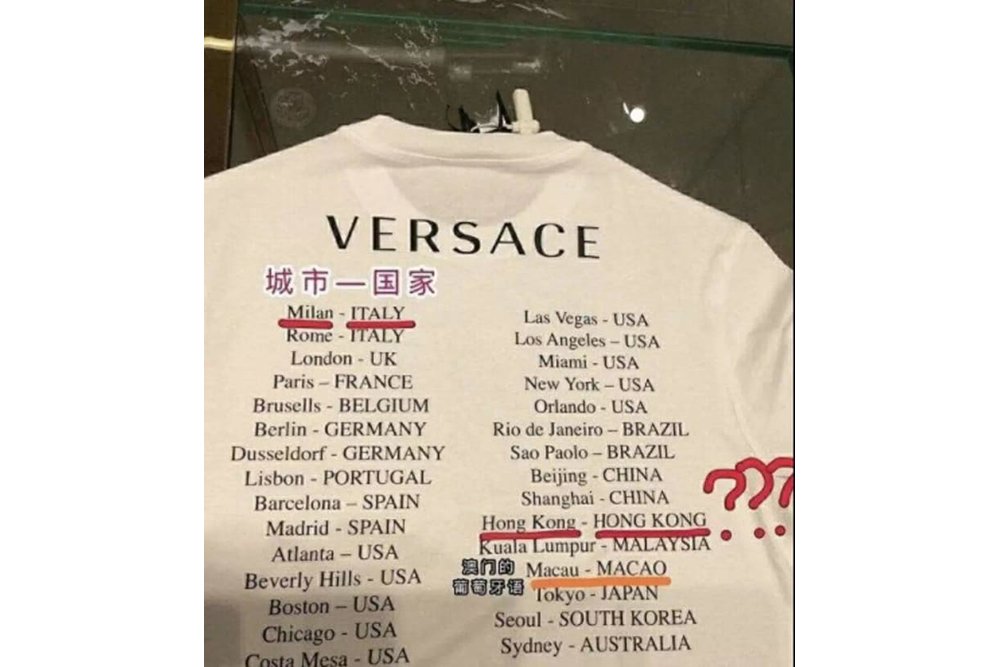 The back of the offending Versace t-shirt.  Weibo

On Sunday morning, Donatella Versace took to Instagram to respond to the uproar and issue a formal apology.

“I am deeply sorry for the unfortunate recent error that was made by our Company and that is being currently discussed on various social media channels,” her statement, accompanied by a serious portrait of herself, read. “Never have I wanted to disrespect China’s National Sovereignty and this is why I wanted to personally apologize for such inaccuracy and for any distress that it might have caused.” The statement added that a re-call of the T-shirt in question has been implemented and that it is “exploring actions to improve how we operate day-to-day to become more conscientious and aware.”

“I am deeply sorry for the unfortunate recent error that was made by our Company and that is being currently discussed on various social media channels. Never have I wanted to disrespect China’s National Sovereignty and this is why I wanted to personally apologize for such inaccuracy and for any distress that it might have caused.” @donatella_versace The Company apologizes for the design of its product and a recall of the t-shirt has been implemented in July. The brand accepts accountability and is exploring actions to improve how we operate day-to-day to become more conscientious and aware.

Some commenters on the post said the apology wasn’t necessary. “We, people from Hongkong, Macau, Taiwan will always support you for acknowledging our independence,” one wrote. “Thank you for saying that we are not China. It is a fact that we have our own flags, currencies and passports, you’re not wrong.”

Versace isn’t the only brand to offend one of luxury’s biggest and most important markets in this specific manner. On Monday, Coach and Givenchy also issued apologies after images of their T-shirts went viral for listing Hong Kong and Taiwan without their Chinese affiliations, making the impression that they are separate countries. Top Chinese model and Coach ambassador Liu Wen publicly distanced herself from the brand following the outcry.

The controversy comes amid a variety of protests against China’s expanding control in Asia. Since March, protesters in Hong Kong have been demonstrating against an extradition bill that would allow Chinese authorities to try residents and foreigners in courts in mainland China. CNBC analyst Jim Cramer called the situation “more serious than the trade talks” between China and the United States.