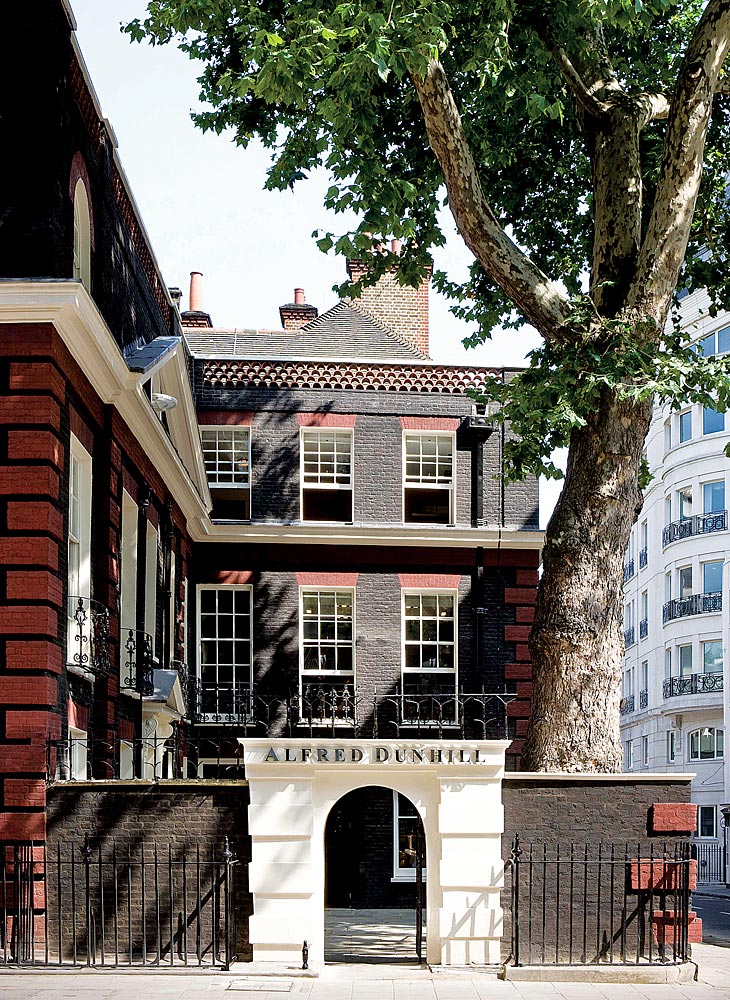 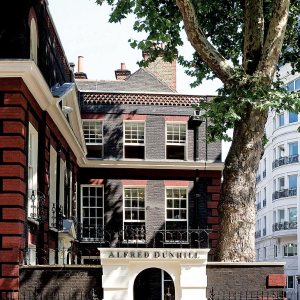 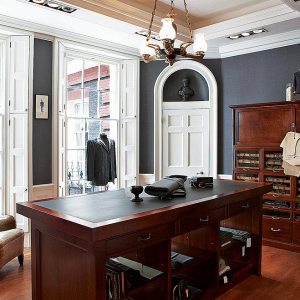 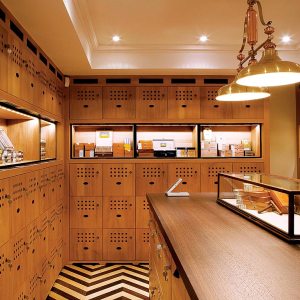 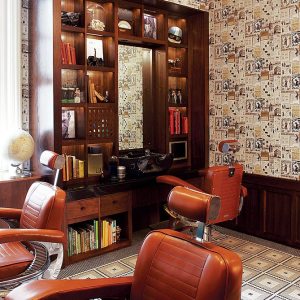 Harking back to an earlier era when well-heeled men took refuge in the discreetly luxurious environments of gentlemen’s clubs, Alfred Dunhill has recently unveiled its own private retreat for men, dubbed Alfred’s. The club is located within the new Home of Alfred Dunhill store, which occupies London’s illustrious Bourdon House. The establishment combines a comfortable sanctuary from the turmoil of daily business with a well-appointed emporium, but this is all that the company wants to say on the matter: Details surrounding club membership and fees are strictly private. “One of the policies of the club is, we don’t talk about it,” says Christopher Colfer, Dunhill’s chief executive officer, whose efforts to redefine the men’s brand involve engaging more intimately with clients.

Nestled in the heart of the fashionable Mayfair district, Bourdon House is a circa-1720 structure that now, as the Home of Dunhill, offers clients and Alfred’s members services more typical of a five-star hotel than a luxury retailer. The benefits of membership include a chauffeur-driven Bentley and concierge service, as well as access to an expansive wine cellar. In keeping with the spirit of London’s exclusive club tradition, members can also avail themselves of the palatial private rooms of the venerable house: a bar, a dining room (with a menu created by chef Mark Hicks), a game room, and four bedrooms, one of which is a suite modeled after the private apartment of Bourdon House’s most famous former occupant, the late Hugh Richard Arthur Grosvenor, second Duke of Westminster. Even nonmembers, however, can enjoy the unexpected luxuries within the Home of Alfred Dunhill store, such as access to the resident barber, a spa, a humidor, and a screening room outfitted with a state-of-the-art Meridian sound system.

Bourdon House, however, is not entirely one-of-a-kind; the Homes of Alfred Dunhill include a location in Shanghai, China, which opened in September, and both the London and Shanghai debuts followed on the heels of Dunhill’s first Home, which opened its doors in Tokyo in December 2007. Still, while all three destinations provide similar facilities and conveniences, each retains its regional identity and caters to the cultural and social interests of its local clientele. For example, the Home of Alfred Dunhill in Shanghai is in a restored 1920s neoclassical villa in the former French Concession that shares its grounds with ShanghART (a leading contemporary-art gallery) and KEE, a restaurant and bar; the Tokyo location houses a luxury dry-cleaning service.

All of the Homes of Alfred Dunhill reflect the heritage of the brand, which expanded from its early turn-of-the-century days as a supplier of automobile accessories to become a purveyor of classic British bespoke tailored clothing as well. Within the three-story Bourdon House, for instance, several new items—including leather goods with seat belt–like straps and cuff links in the shape of whitewall tires—whimsically refer to Dunhill’s motoring origins. A room is also dedicated to British bespoke suits, shirts, and sportswear made by the company’s Savile Row–trained master tailor. The Home’s Discovery Room presents a mix of limited-edition pens and accessories, as well as vintage items such as Dunhill crocodile luggage, antique leather driver’s coats, and Picasso-signed lighters that are for display only—reminders of Dunhill’s cultural legacy. In keeping with the brand’s history as a tobacconist, Dunhill constructed a walk-in humidor equipped with 250 cigar lockers; here, customers can peruse the vintage menu featuring tobacco selections dating back to the 1960s.

Yet despite all of these perquisites, the most defining attribute of Bourdon House—as well as the other Homes of Alfred Dunhill—remains personalized, discreet service. “We refer to it as a Home because it’s an environment that would serve you like you would expect of a home,” says Colfer. “Everything is very personal and within fingertip-reach.”