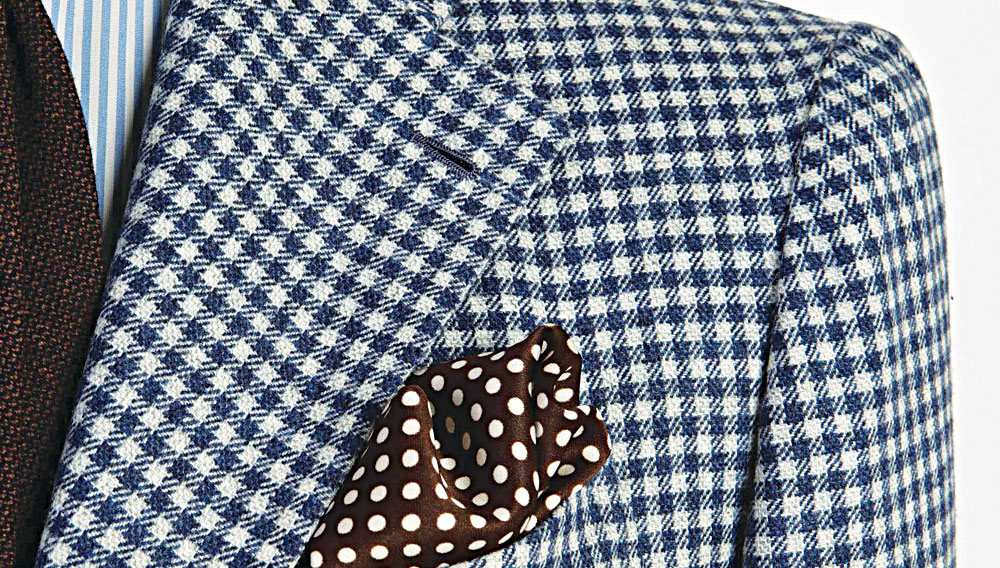 Gianni Agnelli, the late Italian industrialist, was renowned for his distinctive sense of style, and he is still an important inspiration for countless tailors, including a young Italian named Valentino Ricci. Ricci began studying Agnelli’s wardrobe by looking at television news clips and magazine photos, and in 2002 modeled the prototype of his tailored clothing collection after the Fiat magnate’s penchant for peaked lapels and high-fitting buttons.

Yet Ricci also noticed a flaw: “Agnelli always had his hands pressed in his coat pockets, which forced the buttons down and caused the peak lapels to turn sideways.” To his credit, Ricci solved the problem and then some by creating a suit in which the shoulders, pockets, vents, and lapels—the “special effects,” as he calls them—are collectively sewn skyward “like a ski ramp,” which makes the wearer appear straighter and taller and keeps the details in place rather than letting them sag.

Ricci, a self-taught and fastidious tailor, was originally a lawyer, albeit one obsessed with style: He traded his prosecutor’s table for a tailor’s workbench after his own suitmaker died and he could not find another to make jackets to his liking. This spring, with a team of suitmakers in his compact workshop in Bitonto, Italy, he introduced several new models to his inventive line of tailored clothing, Sciamat. Among them is a four-button double-breasted jacket, in which the buttons align in a cone-shaped configuration for a slimmer silhouette. A military-style, six-button double-breasted jacket with two rows of vertical buttons mirrors one Agnelli wore while visiting his friend Prince Karim Aga Khan on Sar­dinia in the 1960s.

Sciamat pieces are instantly recognizable for their highly exaggerated roped-and-pleated shoulders, an anomaly even among Nea­politan tailors, who originated the set-in sleeve construction. Unlike the Neapolitans, Ricci sews the sleeve over the shoulder rather than under it, like a shirt, to enhance and retain the distinctive arch. Ricci’s precision-made suits are also devoid of shoulder pads and inner linings, yet they miraculously drape the body as if fully constructed. “When I started, all of the tailors I approached thought what I was looking for was absurd; they were more focused on following sartorial traditions than giving me the look I wanted,” says Ricci, adding that Sciamat—which is pronounced sha-MOT and means “checkmate” in Italian—is his subtle jab at those who call their clothing custom when, in fact, the pieces are made by machines.

Although he has done occasional trunk shows at Barneys New York, Ricci primarily sells the collection at his Milan atelier. The ready-made Sciamat suits are about $2,500; Ricci’s custom suits begin at about $5,500.

Ricci acknowledges that his stylized designs are not for every man, but rather for the confident gentleman who is a risk taker in life as well as in wardrobe. “Men like Agnelli are crazy for style,” Ricci points out, “and always appreciate something new.”