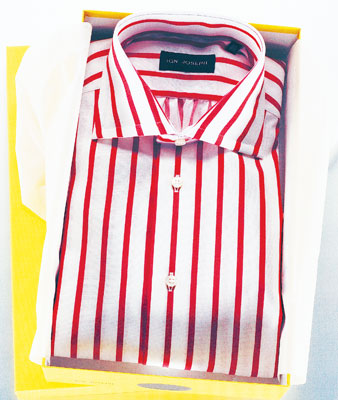 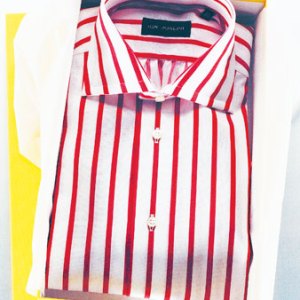 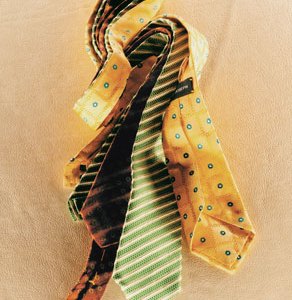 Shirtmaker Ignatious Joseph once phoned a client of his every Monday for three weeks, seeking feedback on an orange-and-light-blue Egyptian cotton shirt that he had made for him. “Does it fit well? Have you had any problems with the collar? Do you like the color or would you prefer something else?” Joseph would ask, determined to find any flaw so that he could fix it before delivering his next shirt.

Born in Sri Lanka and now based in Düsseldorf, Germany, the 52-year-old designer is a frenetic and assertive character. He wears custom-made, slim-cut suits, fancy-patterned vests, and always a pair of red shoes (a habit that began when he was a boy), all of which help him achieve the air of an English dandy. Joseph also possesses a certain charm and an entrepreneurial bent that have enabled him to establish his collection, labeled Ign. Joseph, in Bergdorf Goodman, Barneys New York, and about 130 other premium retailers worldwide in a short period of time.

Joseph, who has a degree in hotel management, entered the fashion business only nine years ago, after spending more than 20 years in the hospitality industry working for the Hotel Intercontinental chain, mainly in the Middle East. While working in the hotels, Joseph often was dismayed by the lack of style that he observed among the guests. Many had wealth, but few conveyed any elegance. “When I set out to create this collection,” he says, “I was thinking about what a man could wear to inspire others.”

Joseph has no formal fashion training, but he did spend time dissecting shirts by Kiton, Borrelli, and other top Italian brands, to study their quality and workmanship, before he adopted the youthful, high-collared, sporty shape that distinguishes his collection. “I use only Egyptian cotton, and all my shirts have thick mother-of-pearl buttons, because flat buttons just don’t shout quality to me,” says Joseph. His shirts, which feature such style details as shirred back yokes, are priced from $200 for ready-made to $600 for custom orders. Joseph offers seven different collar designs, including his distinctive nonfused, curved cutaway style. “The shoulders of my shirts are cut like a Kiton jacket,” he points out, revealing his enthusiasm for the slim-cut, Neapolitan jacket silhouettes that influence his designs. In fact, many of his earliest shirts were manufactured in a small factory in Tuscany that specializes in Neapolitan-style shoulders and high, fitted armholes. But in 2003 the demand for his shirts forced him to take his business to a larger manufacturer in Lugano, Switzerland.

The increased output plus the launch of a handmade necktie collection at the end of 2003 enabled Joseph to triple his earnings last year, which prompted Ernst & Young to nominate him for its 2005 Entrepreneur of the Year honor. “Now,” says Joseph, “I’m known for more than just being the man with the red shoes.”