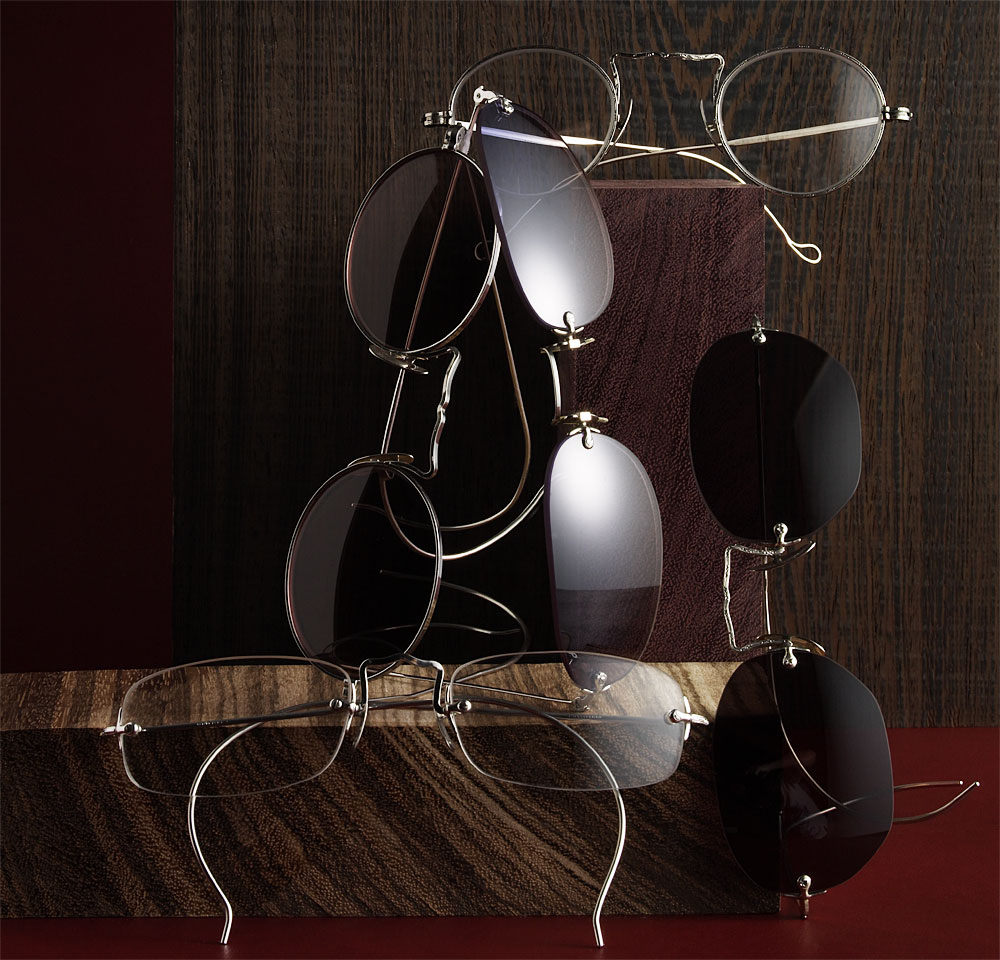 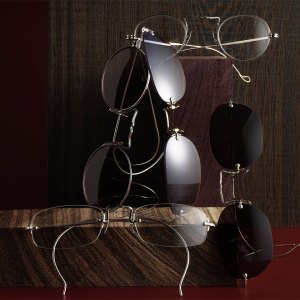 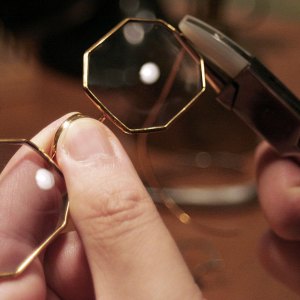 Nader Zadi, a manhattan optician who owns the bespoke eyewear company CustomEyes, used to notice fellow subway passengers and restaurant diners tugging at their reading glasses as they looked up from their newspapers or menus to view more distant objects. “Their glasses never seemed low enough,” says Zadi. “They would pull them down but, even then, the frames weren’t really sitting properly on their noses.” These observations prompted him to design and patent crescent-shaped lenses that he calls half eyes. “At the top of the lens I simply created a little dip, so the frames wouldn’t intrude on your distance vision, nor would you have to take them on and off in order to multitask,” he explains.

About a third of CustomEyes’ clients now request the moon-shaped lenses for their reading glasses. He adapts them and other exotic lens shapes—triangle, teardrop, almond, hexagon, and oval—to produce contemporary, one-of-a-kind eyeglasses fashioned from 19th- and early-20th-century components. “In the past, eyeglasses were made from 12- and 14-karat gold or gold-filled parts, and most had elaborate filigrees and other ornamentations that they don’t make anymore,” says Zadi.

Since founding his company in 1995, Zadi has been in search of unused vintage components: solid-gold spring-triggered bridges (“like a shock absorber that keeps the alignment of the frame when you pull off your glasses with one hand,” says Zadi), filigreed cable temples, mother-of-pearl nose pads, and tortoiseshell frame inserts. Occasionally, he discovers troves of parts that have languished in the storage lockers of eyeglass makers, some of whom went out of business but never discarded their inventories. “Over the years I’ve established a network of connections, mostly optometrists in the United States and abroad, who inherited businesses from their fathers and grandfathers, along with stockpiles of mint-condition vintage frames and components,” explains Zadi, a 38-year-old native of Iran who became an American citizen more than 20 years ago.

His vast collection of antique eyewear includes a circa-1850s pair of extremely rare, tiny circular frames with telescopic temples that you can extend or shorten; several pairs of 19th-century pince-nez that clip directly to the nose; and lorgnettes, a pair of flat, templeless frames, which, when you push a button, extend at a right angle from a handle to become opera glasses.

Zadi displays his treasures in the tiny, forest green showroom of his Upper East Side atelier. There, among antique furnishings and lens-cutting machinery, he guides you through the selection process, offering dozens of options for frame shapes, materials, bridge designs, and lens tints.

“Most full frames from the past came with round lenses, but round doesn’t really look that great on most faces,” says Zadi. He gingerly manipulates the antique metal frames, using only his hands and applying only the slightest pressure. In this manner, he can reconfigure the frames to hold oval, almond, or his own crescent-shaped lenses. “Lens-cutting machines won’t cut these funky shapes, so that also has to be done by hand,” he says, noting the irony in needing 20/20 vision to make two symmetric lenses. “There is also the challenge of fitting the bridge precisely to the face, with just enough clearance to see over the top,” he adds.

You can select the lens shape and components that best suit you, but, Zadi points out, his artistry is his ability to combine harmoniously the various elements. “For example, I took a pince-nez bridge and incorporated it with silver temples to create a full frame in a rimless design,” he explains. The prices of Zadi’s eyewear range from $750—for semirimless styles using 1940s elements, which are not particularly scarce—to $5,000. The priciest eyeglasses, he says, usually have frames “made from extremely rare pieces dating from the 1800s to the 1920s. They are typically solid gold with a tremendous amount of ornate engraving.” And at no additional charge, Zadi will include his half-eye lenses, allowing you to adjust your vision without adjusting your glasses.