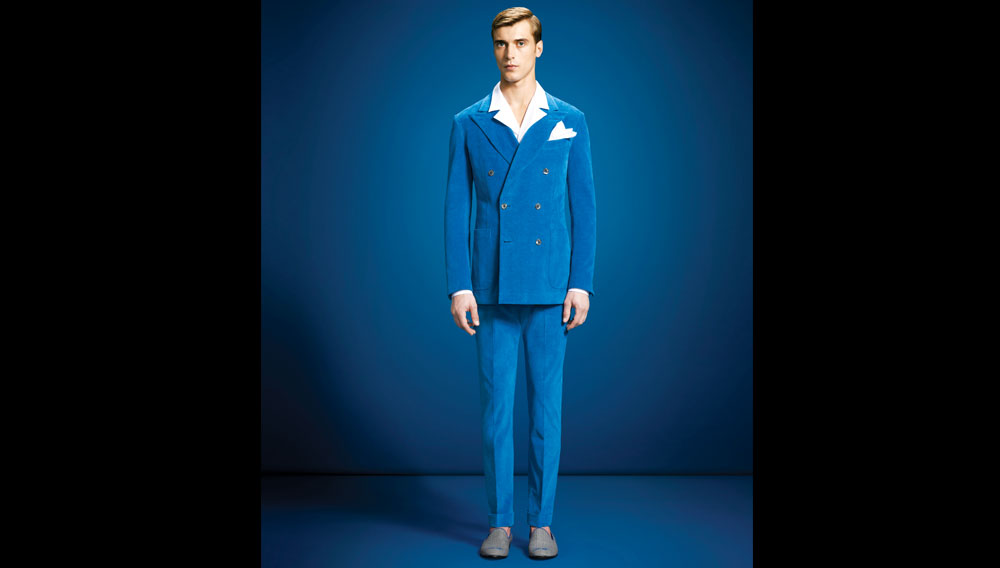 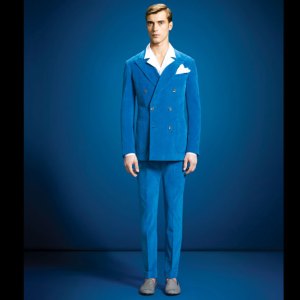 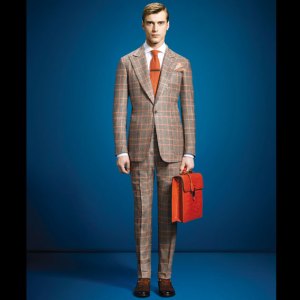 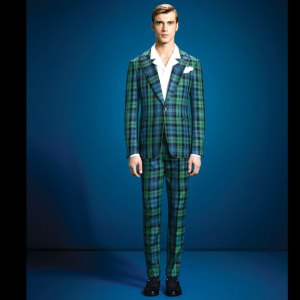 The designer-dandy pairing that produced a special-edition subcompact car two years ago has teamed up again, this time to create a capsule collection of made-to-measure menswear. Lapo’s Wardrobe represents a collaboration between Lapo Elkann, an heir to the Fiat fortune, and Frida Giannini, his longtime friend and Gucci’s creative director. The collection ranges from sportswear to evening wear, and even includes two tuxedos and two suits for women. Among the more than 80 textiles that Elkann and Giannini designed for the collection are a variety of colorful silk linings for the men’s velvet sport coats. Lapo’s Wardrobe, which also includes shoes and bags made of two-tone leathers and leather-and-canvas combinations, is available at the Gucci boutiques in New York, Paris, London, São Paulo, and Tokyo.

Elkann is a grandson of Gianni Agnelli, who was the head of Fiat until his death 10 years ago and was considered one of the best-dressed men of his time. Agnelli also was known for his stylistic quirks, such as wearing a watch over the cuff of his shirt and pairing hiking boots with a bespoke suit. Elkann inherited his grandfather’s wardrobe—Agnelli’s bespoke suits fit him—and his idiosyncratic sense of style. He is known for combining impeccable Italian tailoring with bold colors, wide lapels, oversize plaid prints, or some other detail that is unusual enough to knock the whole look a bit off-kilter. “My grandfather was a great example in the sense of pushing me to always being myself and finding my own path,” he says.

Before forming his own style and eyewear company, the Italia Independent Group, Elkann was the marketing director for Fiat. Six years ago, he helped resurrect and reinvent the Fiat 500, a city car that the company had stopped producing in 1975. In 2011, he and Gucci’s Giannini worked together on the 500 by Gucci, a limited-edition Fiat that featured such design details as seat belts displaying Gucci’s signature red-and-green stripes. That collaboration led to Giannini’s enlisting Elkann for input on the fall collection.

Among the standout pieces that Giannini and Elkann conjured up are a white silk tuxedo with black trim, a turquoise-and-chocolate plaid suit with extra-wide lapels, and a more subdued camel jacket, which can be accented with a blood-orange pocket square and a matching open-collar shirt.

The bolder pieces may not suit more conservative tastes, but they certainly reflect Elkann’s unique sense of style. “My signature style is a way of life,” he says, “a way of being and behaving, and certainly not only of how one looks in a suit. It is all of this, paired with a clear and consistent vision of where you want to be and go.”