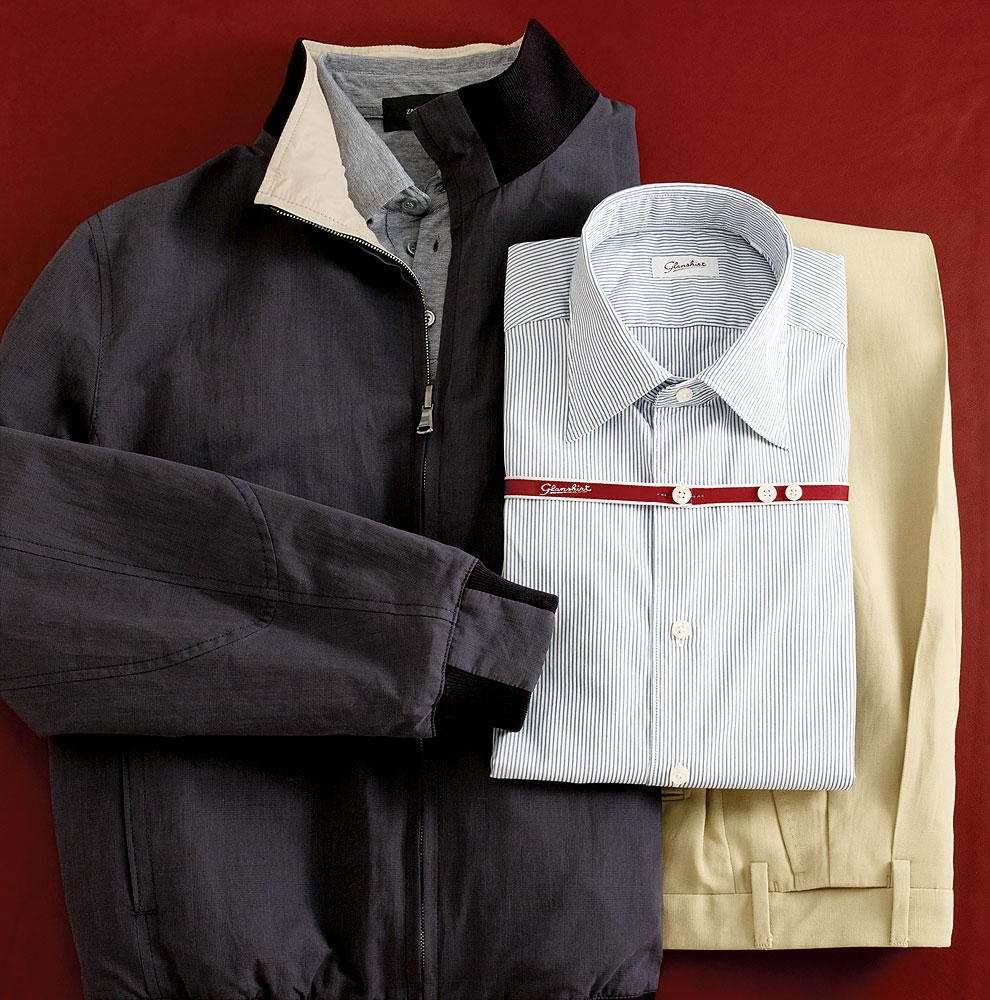 From slow food, the anti-fast-food movement that a group of fellow Italians initiated to promote locally grown artisanal foods, brothers and business partners Roberto and Marzio Compagno derived a term to describe—and a name to market collectively—their four brands. “Slowear is just the opposite of fast fashion,” explains Roberto, whose father, Sergio, launched the family-owned Incotex pants label in 1951. “If you don’t like it after wearing it only one season, it isn’t good design.”

In the last five years, the success of Incotex enabled the brothers to acquire three additional Italian companies: Zanone knitwear, Montedoro outerwear, and Glanshirt shirts. Instead of folding these brands into an expanded Incotex collection, the Compagnos kept each label separate. Now they are connected under the Slowear umbrella. “Slowear is not a brand; it’s just the name we use to link these similar brands,” explains Marzio, who, next year, plans to open the first Slowear stores simultaneously in Tokyo, Milan, and New York. The four labels currently are sold individually at Barneys New York, Mario’s in Seattle and Portland, and Wilkes Bashford in San Francisco and Carmel, Calif.

Aside from timeless designs, each of the four labels’ clothes also embodies innovations—which is where Slowear seems to diverge from the slow-food doctrine. In 2002, Incotex introduced CashCord, a patented corduroy made of blended cashmere and cotton, and ChinoLino, a summer-weight cotton/linen blend in a chino weave. This year, the label began offering a made-to-measure collection of cashmere pants, which have prices starting at $1,500 and feature sterling silver buttons and monogramming on the interiors. Zanone, which Alberto Zanone founded in 1972 in Italy’s Biella region, also has created technically advanced knits, including 2004’s ICEcotton—a lightweight, breathable cotton made from long, high-twisted fibers—which keeps the body cool in extreme heat. This fall, Zanone introduced Cashmere Tech and Flex Wool, in which fine cashmere or 16-micron wool, respectively, is twisted around an elastic core to create knitwear that stretches while retaining its shape and does not pill.

When the Ferrari family (no relation to the automaker) established Montedoro in 1958 near Varese, the outerwear company’s first designer was Giorgio Armani. Armani’s distinctive, rounded sleeve shape—conceived for a collection of raincoats—continues to influence the brand’s silhouettes. For next spring, Zanone will present a line of jackets made from a patented cotton tent fabric that is completely water resistant.

Glanshirt, founded by Luigi Magnani in 1962 in Parma, was the first to market a no-iron dress shirt. The company has since expanded on this idea, creating for this spring what Roberto Compagno describes as “old-English-inspired sartorial shirts” made from prewashed linens and extra-fine cottons.

Slowear unites these four complementary brands, all of which have similar design sensibilities and quality standards. Just as slow food encourages savoring every morsel you eat, Roberto says, “Slowear is about taking the time to enjoy what you are wearing, especially if you can wear it for a lifetime.”