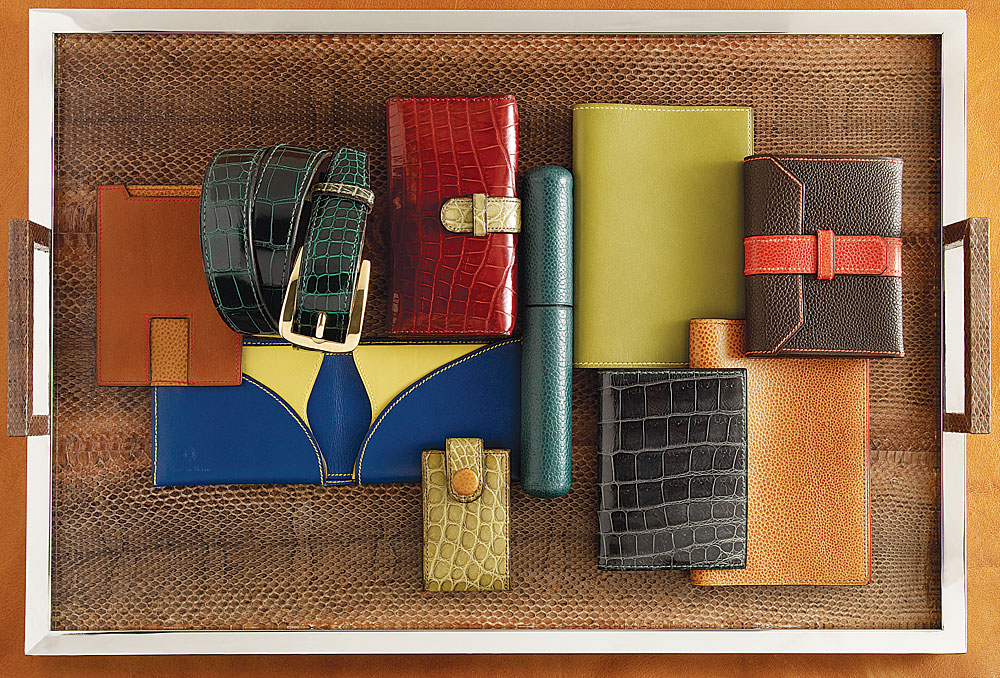 Chuck Vodicka describes himself as “very fussy.” When Vodicka, who lives in Miami and is a partner in an independent insurance company, needed a new briefcase, he knew exactly what he wanted but had no idea how difficult it would be to find it. Vodicka contacted several retailers and makers of premium leather goods in New York, London, and Italy, and, he says, “All were willing to do something, just not what I really wanted.”

Vodicka was looking for a briefcase that would be a specific size, look elegant but be durable enough for travel, hold his laptop snugly, and have a slot for his PDA and extra-wide slots for his fountain pens. And the case had to be made of 100 percent leather, inside and out—no cloth lining. “I was planning to spend a fair amount of money,” says Vodicka, “and I wanted what I wanted.”

Vodicka’s many demands ultimately were fulfilled by April in Paris, a nondescript shop on San Francisco’s Clement Street that is tucked among design boutiques and Chinese grocers. In these modest surroundings, French native Beatrice Amblard and her assistant, Scott Tal, craft custom pieces made from calf, alligator, and stingray. “My clients are people who know quality and don’t care what the price is,” says Amblard. “They just want something that no one else will have.”

Vodicka and Amblard discussed the briefcase and shared sketches of it over the course of three weeks before settling on the design, which required 70 hours of labor to complete and cost $5,500. When his briefcase finally was ready, “it was absolutely perfect,” Vodicka says. Amblard had devised a color scheme of black with green piping and a green interior.

“Not a lot of people really understand it, which is OK,” Vodicka says in reference to the subdued appearance of the briefcase. “Anybody who does custom to impress other people misses the point. This wouldn’t be a status symbol to anybody. To me it’s a work of art that somebody lovingly made.”

Amblard, who is 42, founded April in Paris in 2000 after spending 14 years with Hermès, initially at the factory in Paris and ultimately heading up the repairs department at the company’s boutique in San Francisco’s Union Square. She named her company after the 1932 song.

Amblard and Tal produce only about 100 items per year, and they have a six-month waiting list. Prices start at $650 for a man’s billfold and climb to $10,000 for a custom alligator handbag or briefcase.

Amblard’s custom orders can be imaginative. One client, who started chewing toothpicks after giving up cigarettes, recently commissioned a two-tone alligator toothpick case. Another customer presented Amblard with a 12-foot crocodile hide—claws and feet intact. He had shot the animal in Africa and wanted it made into a handbag for his wife. “I took it on because it’s a challenge,” says Amblard. “I think people now realize that I have no limits as to what can be done.”