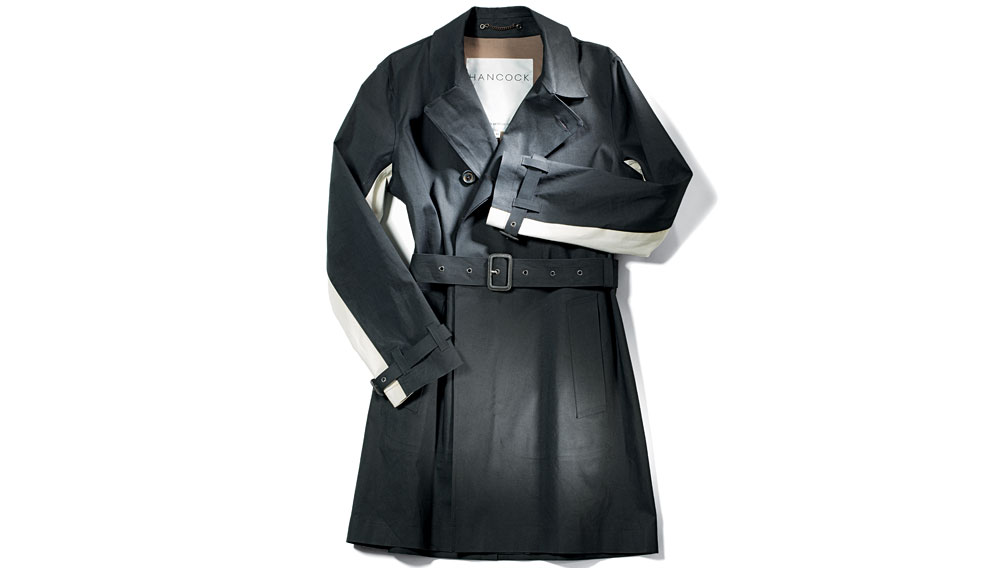 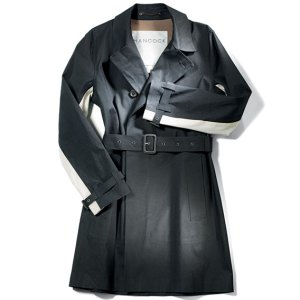 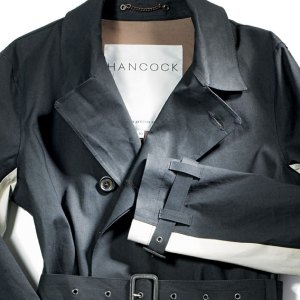 In 1823, a Scottish chemist named Charles Macintosh developed a process for waterproofing fabric by bonding it with rubber. Unfortunately, the chemical solution he used left the material hard, brittle, and malodorous. Twenty years later, his business partner, Thomas Hancock, resolved these issues and patented the technique; yet Macintosh’s name (the variant spelling Mackintosh later became standard) would become synonymous with the modern raincoat, while Hancock’s was relegated to the scrap bin of sartorial history—until recently.

Two former Mackintosh employees, Gary Bott and Daniel Dunko, are giving the forgotten inventor his due with Hancock, their new line of raincoats and accessories. Both these entrepreneurs are steeped in the history of rubberized rainwear: Bott was Mackintosh’s brand manager, and Dunko spent 27 years at the company, rising from apprentice coat maker to co-owner. According to Bott, Hancock not only patented the vulcanization process but also was responsible for more than a dozen other innovations, including the elasticized pocket, which was intended to offer protection against the rampant pocket picking of Victorian London.

The new line adapts many of these original concepts, presenting handmade pieces with clean, tailored silhouettes and some seriously cheeky color combinations. Standouts include a two-tone double-breasted naval bobby coat with contrast-tape detail and a jersey collar ($1,275) and a sleek zip-front jacket with oversize angled pockets and a detachable hood ($1,175). Both garments are available in an array of bright hues, including neon purple and summer yellow, as well as in the brand’s signature “mastic grey,” a light clay color. Dunko and Bott have also teamed up with Timothy Everest, the irreverent British fashion designer, to create a peacoat with an oversize collar ($1,450), a town coat ($1,550), and a blazer ($1,200) in a wide spectrum of shades that range from shocking pink to tennis-ball green.

All Hancock articles, as the garments are called in reference to Hancock’s patents, are produced at a Victorian-era factory in Cumbernauld, Scotland, one of the last in that country to produce rubber-bonded raincoats. The vulcanized fabric for each item is hand-cut, bonded, taped, and finished by second-generation artisans. Even the glue that makes each piece fully watertight is produced by the same factory that originally supplied Macintosh and Hancock.

For fall, the company is bonding more costly materials—such as felt and cashmere—with rubber. A collaboration with the Italian fashion house Missoni is also in the works, as is a line of rubber-soled shoes. “We are playing with the idea of a traditional raincoat,” says Bott. “We are all about a modern heritage, paying homage to the past but looking towards the future.”