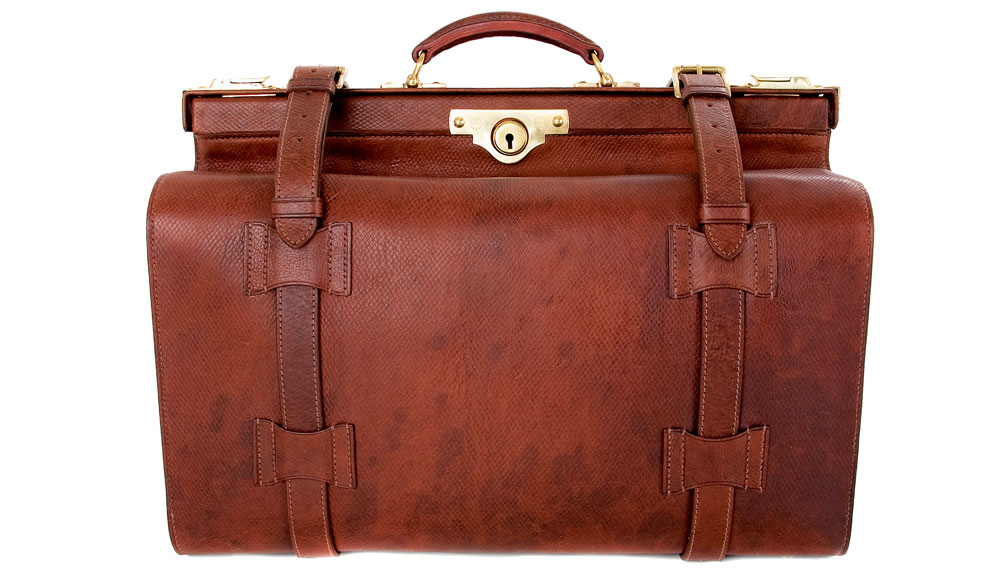 One stormy winter night in 1786, while the Danish brigantine Metta Catharina von Flensburg was anchored in England’s Plymouth Sound, gale-force winds swept the waves over its decks, sinking the ship before the crew could salvage its cargo of leather bound for the Mediterranean. The fate of the Catharina was all but forgotten for nearly two centuries until, in 1973, a group of amateur divers from the British Sub Aqua Club discovered the ship’s bell embedded in the sound’s muddy floor about 100 feet beneath the surface. The bell’s markings enabled researchers to identify the vessel, and soon divers were back in the water searching for the ship’s bounty.

In the course of their treasure hunt, the divers recovered a surprising number of tightly wrapped rare Russian reindeer hides that were coated in thick animal oil and, thus, well preserved. These skins are the last known examples of leather made using an old-world tanning process that combined willow bark and birch oil. “In the past, long before the Russian Revolution saw an end to this kind of handwork, leather dying was an 18-month labor of love,” says John Carnera, co-owner with George Glasgow of British shoe brand G.J. Cleverley, which acquired exclusive first-refusal rights to the skins. “Today, using machines, it takes only a couple of days.”

For nearly a decade, the bespoke shoemaker has offered these extremely rare hides to devotees of its one-of-a-kind footwear. Now G.J. Cleverley is introducing a limited-edition collection of men’s accessories fashioned from the skins, which have a distinctive grain and a subtle woodsy aroma, a by-product of the tanning process. In addition to belts and wallets, the new line includes the Holmes wine carrier ($4,100), the Watson shoe kit ($1,400), and the Gladstone hunting kit bag (around $7,200), which is a modern interpretation of a satchel once used by British hunters. All of the bags are lined with green goatskin and can include, upon request, a personalized gold monogram for no additional charge.

Careful to conserve its extremely limited supply of antique reindeer hides, the company has declined a number of potentially remunerative commissions. “We are constantly being approached to make sofas and chairs,” says co-owner George Glasgow. “Ralph Lauren even asked us to make numerous pieces, including a table, for his home. In the end we had to say no, because it would just use up too many skins,” he says, noting that each handmade piece is available only by special order—that is, while this precious resource lasts.