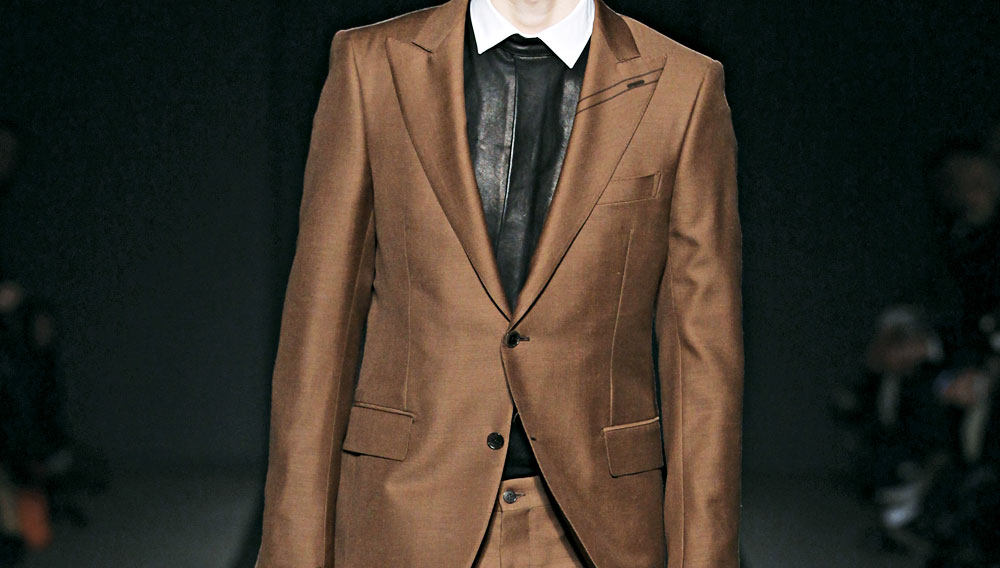 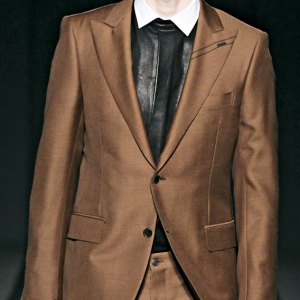 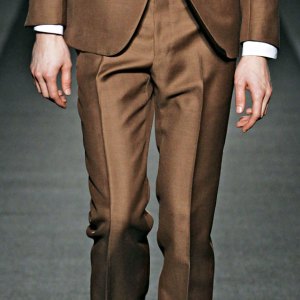 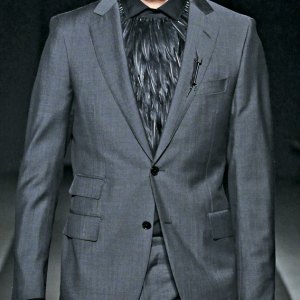 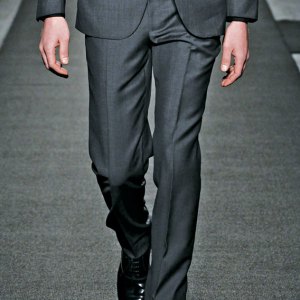 For most of his career, Simon Spurr has been the name behind some very big names. In 1997 he began designing a clothing line for Yves Saint Laurent, under the close guidance of Hedi Slimane. Four years later, Spurr took a similar role at cK Calvin Klein, and then at Ralph Lauren, where he headed the Purple Label and Black Label tailored collections. But in 2006, Spurr finally made a name for himself with, improbably enough, a modern American denim line called Spurr. Now the British designer has returned to his roots, with a new signature collection of suits inspired by the slim-cut, strong-shouldered models of Savile Row.

Rather than directly challenge bespoke brands such as Cesare Attolini or Kiton, Spurr designs ready-made suits to rival those of Christian Dior, Gucci, and especially Bottega Veneta, whose clothing is produced alongside his at the same factory in Vicenza, Italy. Yet Spurr’s suits are, quite literally, cut from a different cloth. “I tend to use noble fibers,” the designer says. “Wool/silk, wool/cashmere, and especially wool/mohair, which is a very British fiber.”

These are more traditional, heavier cloths than the lighter pure wools or wool/synthetic blends used by most designers today, yet a Simon Spurr suit often feels modern in comparison: His stripes are broader, his plaids bolder, his jackets styled with “a little more prowess,” as he calls it. (That fuller, peacock-like chest is the result of a coarse, horsehair-canvas lining, pick-stitched under the inside arm through the chest.) Moreover, unlike a typical Bottega Veneta suit, which often features a narrow lapel and bell-shaped shoulder, Simon Spurr suits have a broader lapel and a slight roll to the shoulder, a more traditional styling that, in Spurr’s hands, feels suddenly of the moment.

Many of his design tenets, including his liberal use of color and bold pattern, are drawn from Tommy Nutter, the Savile Row legend best known for dressing the Beatles in the 1960s. But unlike Nutter, Spurr’s signature is the classic three-piece suit, which incorporates a distinctive, form-fitting eight-button vest. “Because it has this corset-like feel, it gives you better posture and you really feel you’re wearing something tailor-made and handcrafted,” Spurr says. The suits, priced from $2,495 to $3,200, are available at Bergdorf Goodman, Maxfield Los Angeles, and Jeffrey New York, among other stores.

Suitmakers have been predicting a return to three-piece dressing for years, but few American men have embraced the fussy and formal style. With Spurr’s daring fabrics and body-hugging shape, this old-world look is, at last, looking new again.