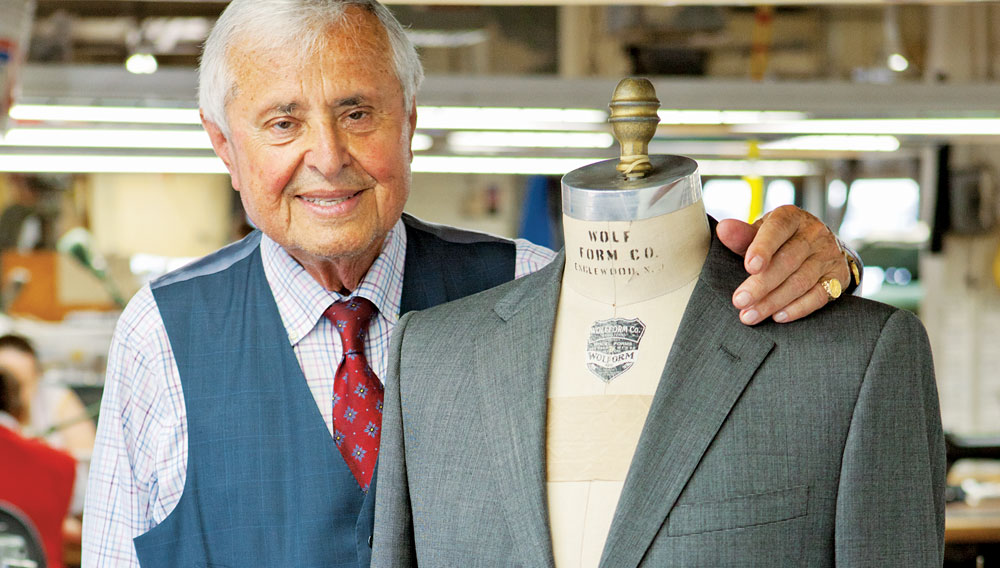 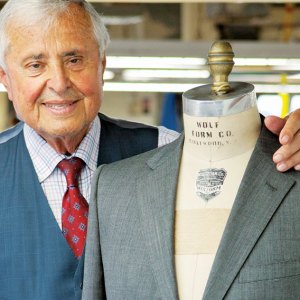 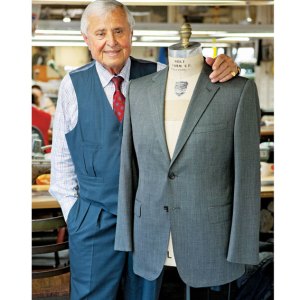 When Martin Greenfield sent President Eisenhower’s custom-made suits to the White House, he tucked little notes of political advice into the pockets. Whether the president considered his counsel or ignored it Greenfield never knew, but the tailor returned to the White House quite a few times over the next 50 years to outfit a number of presidents in suits made at his factory in Brooklyn. While he has stopped hiding notes in pockets, he continues to offer insight to his clients.

At 84 years old, Greenfield—a Holocaust survivor whose concentration camp was liberated by the then General Eisenhower—remains audacious and outspoken on a variety of subjects, from politics and culture to the benefits of a hand-sewn, made-to-measure suit. Over the years, Greenfield often traveled to retailers such as Neiman Marcus and Saks Fifth Avenue to measure clients. For a long time, he was a well-kept secret among fashion-industry veterans who value the meticulous workmanship of the 140 skilled tailors, cutters, and sewers employed in his factory.

It was not until a few years ago, when designer Scott Sternberg approached him about producing suits for his Band of Outsiders collection, that the Greenfield name became known to the public. Sternberg insisted that each jacket include a tag that read, in part, “hand-tailored by the craftspeople at Martin Greenfield Clothiers, a 100-year-old factory in Brooklyn, New York.” The tag generated a number of inquiries, and as Greenfield’s list of private clients grew, he and his sons, Jay and Tod, decided to launch the Martin Greenfield Heritage label, which debuted this year. The label includes a new service that offers clients in-home or in-office consultations with Green­field or members of his team; the client chooses from a host of English and Italian fabrics and is fitted for his made-to-measure suit, which starts at $2,500.

Greenfield’s recent affiliations with other brands, such as Dun­can Quinn and Rag & Bone, also deepened his interest in working directly with consumers. “Today handmade clothing is more important,” says Greenfield, who wears a tailored suit to the factory five days a week, and on Saturdays works in no less than a button-down shirt, slacks, and a vest. The trend for slimmer, trimmer, lighter clothes, he points out, is especially important for the made-to-measure business. “With a tighter fit, the suit must be well-tailored and handmade, so it can move with the man; a mass-produced, fused suit [which is partially glued rather than sewn] doesn’t move.”

Greenfield started working in the factory in 1947 as a floor boy, delivering garments to sewers. By the mid-1970s, he bought the business. Today he is most often found on the workshop floor, examining garments and even pressing suits. Time has not dulled his sense of personal satisfaction at completing a beautifully made piece of clothing. “At the end of the day, it is about quality, and that’s why people come to me,” he says. Though, no doubt, some of his clients still appreciate the sage advice.