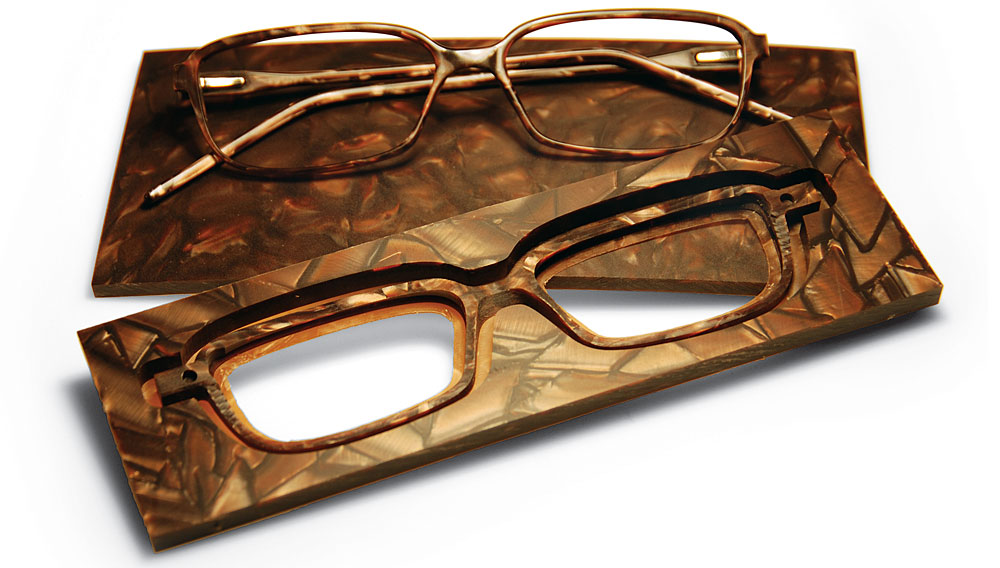 When Randy Barnett wanted to replicate the long-discontinued plastic tortoiseshell eyeglass frames that he had been wearing for three decades, he could not find a source capable of creating an acceptable reproduction. He discovered that many eyewear stores would build semicustom frames from metal components, but he was surprised to learn that nobody was making custom tortoiseshell or horn-rimmed plastic eyewear frames.

Last August, after a few years of research and experimentation, the Texas entrepreneur launched Indivijual Custom Eyewear. Following the service model of a bespoke tailor, Indivijual (the name is purposely misspelled as a token of the firm’s uniqueness) relies on a series of precise facial measurements and detailed personal information to craft plastic frames based on each client’s preferences.

Clients receive a kit containing various items: sculpting clay to create a mold of the nose, and a protective case for returning the mold; measuring tape to determine facial width and height, nose bridge width, and the distances between the pupils and the temples; and color charts to assess skin, hair, and eye tones. Using this information, the company makes a three-dimensional model of the client’s nose that guides construction of the precision-made frames.

“We also include a 40-question customer profile to give our designers insight into their personal style and preferences,” says Barnett. The questionnaire furnishes details about occupation, recreational habits, predominant wardrobe colors, and hairstyle that ensure the finished frames will suit the client’s lifestyle and personality. Guided by this information, the Indivijual team creates a number of preliminary designs for the client to review. If the client has a specific style in mind or an existing frame to replicate, the designers will accommodate these requests as well.

The service—which costs around $600 and takes about eight weeks—does have its limitations, however. For now, Indivijual uses only an Italian plastic composed of an organic cellulose acetate material derived from wood and cotton. Still, unusual or challenging requests are considered. “We recently had a fellow from Michigan send us a pair of plastic aviators he got while he was in college in the 1970s. They were in six pieces because plastic gets brittle and he wore them until they literally fell apart on him,” says Barnett, who was able to make an exact copy of the frames. “We made sure they fit him perfectly.”