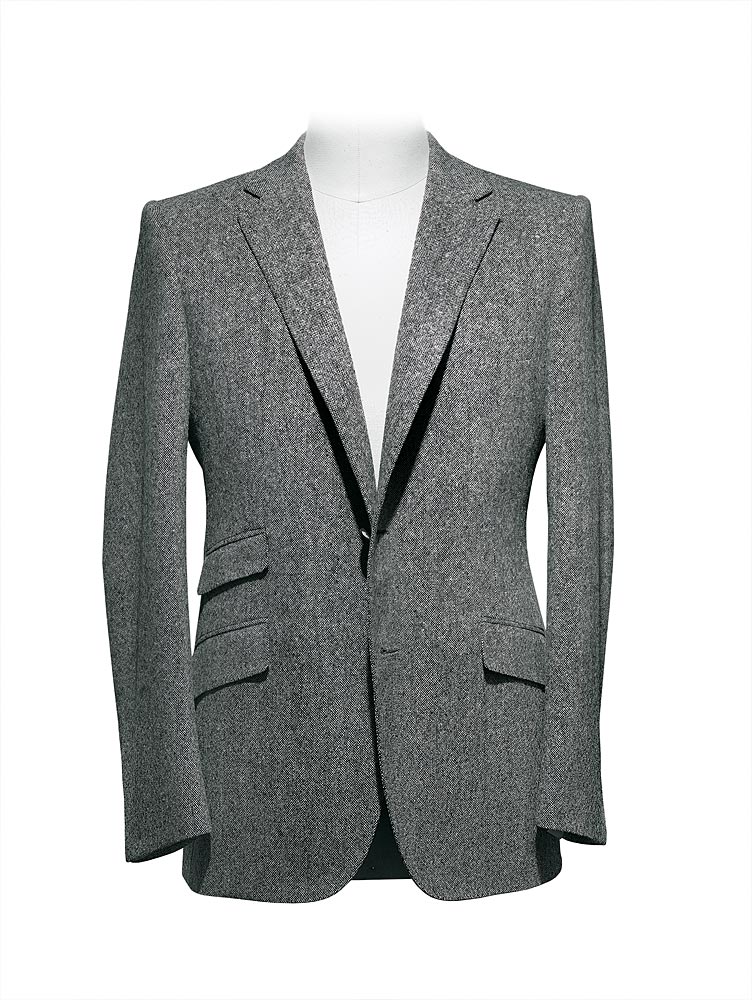 When d’Avenza relaunched its illustrious label this year after more than a decade’s absence from U.S. stores, the upscale Italian suitmaker did so with just three jacket styles: the British Warm, the Forte, and the Easy Chic. Given that d’Avenza was among the most successful Italian clothiers in the 1960s and ’70s, the company chose to reintroduce the d’Avenza label by reinterpreting two of its best-known vintage jackets for the modern gentleman (much the way Burberry did with its trench coat), while at the same time introducing a new design.

“Handmade clothing is typically very classic by nature,” explains d’Avenza’s managing director, Massimo Barrata. “So to make it more interesting, we decided to approach some of our historic jackets from a more contemporary point of view.” To accomplish this task, Barrata installed Moreno Ferrari, an Italian designer whose past credits include C.P. Company, Hugo Boss, and Tod’s, among others. Soon Ferrari found himself in the company’s half-century-old archives, where he uncovered period pieces worth a second look.

Among the most striking of these was the British Warm, a military-inspired double-breasted topcoat with epaulets, worn by British Grenadier Guardsmen during World War II. D’Avenza’s founder, Myron Ackerman, fashioned the original British Warm when he was head of Chester Barrie, a storied Savile Row suitmaker founded in 1935 by his father, American clothier Simon Ackerman. In 1957, when the younger Ackerman moved from England to Italy to launch d’Avenza, he took the coat’s specs with him. By the time Ferrari made his discovery, the British Warm had become so closely identified with d’Avenza that he felt compelled to revive the jacket. In doing so, however, he modernized the classic wool coat by rendering it in moleskin, a plush cotton typically used on hunting trousers, and dismantling its shoulder pads for a more contemporary, streamlined fit.

Another of Ferrari’s finds was the Forte, a lightweight wool jacket with a very 1950s-inspired belted, pleated back. D’Avenza originally created the Forte as a summer jacket for Tuscan gentlemen to wear on holidays at Forte dei Marmi, the seaside town near Avenza di Carrara, where both d’Avenza and the famous marble quarries are located (d’Avenza means “of Avenza” in Italian). The new Forte jacket is made of airy wool hopsack and features expandable bellows pockets and titanium or horn buttons. A secret pocket on the seam of the chest pocket can harness sunglasses or conceal pens.

The third coat, the Easy Chic, is reminiscent of the soft-shouldered jackets of the 1930s, but it is actually an invention of Ferrari’s imagination. Completely unconstructed, the coat is designed to wear like a blazer but feel like a sweater. “There are a lot of unconstructed jackets on the market, but not so many that incorporate the handwork and details Ferrari put into the Easy Chic,” explains William White, head of d’Avenza’s U.S. operations.

Based on the success of the company’s first three pieces at stores like Trillion in Palm Beach, Fla., Davide Cenci in New York, and Davinci in Scottsdale, Ariz., White says d’Avenza will add a new trim-fit model, the Matita, as a suit, topcoat, and blazer for fall. Nevertheless, the collection will remain small, according to White: “The idea is not to create a wardrobe, but simply to offer a few basic pieces any man can use to update his closet.”