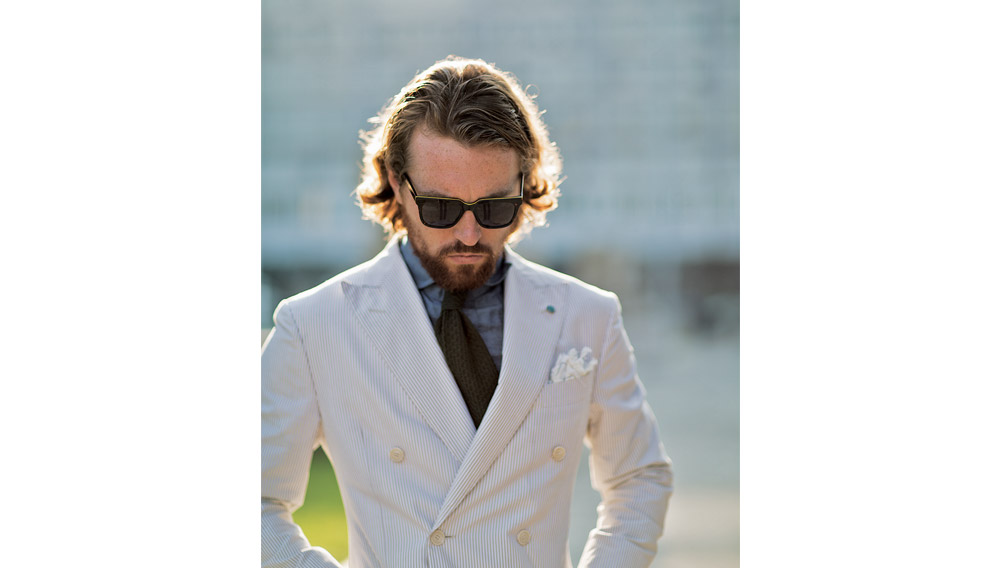 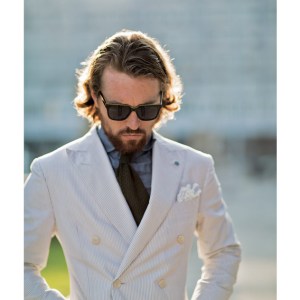 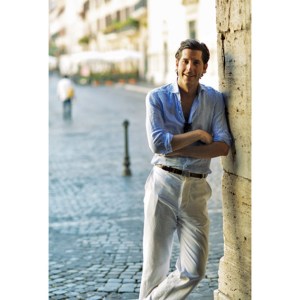 About a year ago, while looking at the famous images photographed by William Klein on the streets of Rome during the 1950s, a young designer in New York City named Antonio Ciongoli was struck by the relaxed elegance of the men Klein captured lingering in cafés or zipping by on Vespas. These urbanites were invariably wearing suits, yet they appeared as enviably comfortable as if they were dressed in jeans and T-shirts. Their insouciantly polished attire became the inspiration for Eidos, Ciongoli’s first collection of menswear and a new division of Isaia, the Neapolitan menswear brand. “I’m interested in creating the enduring style that appears in Klein’s photographs,” he says. “The architecture, people, and how they dress just doesn’t change much over the years. Most guys want to buy clothes that are familiar but still feel fresh.”

Although Ciongoli previously designed menswear at Ralph Lauren and Michael Bastian, he delivered more casual, tailored looks for Eidos than he created for either of these brands. Rather than reproducing the very short, fitted suits currently in vogue among fashionable young men, Ciongoli interpreted a traditional southern Italian cut, which features slim sleeves, contoured tailoring, and often a lightweight canvas lining. “We’re making the same softly tailored, easy-to-wear garments in the same way they have been made in Italy for more than a century,” says Ciongoli, who chose the Italian, English, and Japanese fabrics he works with for their distinctive characters. His chalk-stripe suit, for example, is made of 100 percent raw silk, whose slightly nubby texture lends a casual flair to this classic banker’s style.

Although the year he spent studying in the Eternal City certainly influenced the Eidos collection, the 29-year-old designer, who grew up in Burlington, Vt., also credits his father and two older brothers, as well as his great-grandfathers, both of whom were tailors. “My father and brothers always stressed the importance of how you presented yourself,” Ciongoli says. He even borrowed one of his father’s beloved shirts—a 1960s Brooks Brothers button-down with “a beautiful roll on the collar, like a bell shape”—to have the Italian workshop recreate it for Eidos.

The line’s suits are also crafted in Italian factories. But because Eidos uses a combination of machines and hand-sewing, the suits, which start at $1,295, cost significantly less than the entirely handmade Isaia models. Nevertheless, like all Isaia garments, each Eidos suit and sport coat is finished with a distinctive lapel pin—in this case, a teal chariot. This finishing touch, says Ciongoli—who preferred a classic symbol to a typical logo—“looks like it could have been your grandpa’s signet ring.”