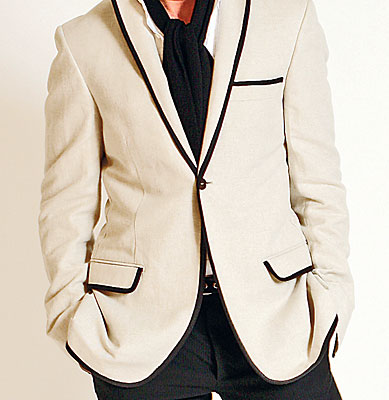 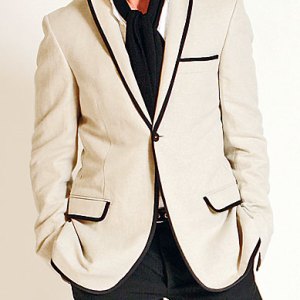 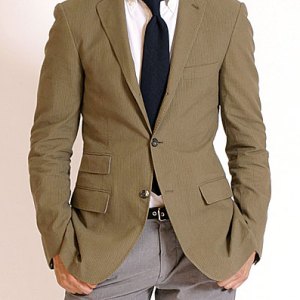 Although Michael Bastian was only 19 years old when Perry Ellis presented his final collection in 1986, the New York teen already was an avid admirer of the late designer’s work. While Ralph Lauren was honing his take on American preppy and Calvin Klein traded on pure sex appeal, “Perry Ellis was able to straddle both worlds,” says Bastian, who spent five years as the men’s fashion director for Bergdorf Goodman before resigning in 2005 to design his own line of menswear. “He was the one designer to create clean, all-American sportswear that was also very sexy. I was only a teenager at the time, but I was dying to have it. Then I got to the age when I could afford it, and it was no longer there.”

Bastian saw a void between designer-label sportswear and the collections of Brioni, Loro Piana, and other conservative, high-luxury stalwarts. Brooks Brothers and Banana Republic offered youthful styling that appealed to him, but their clothes did not meet his quality standards. “Through the process of setting the fashion direction for Bergdorf Goodman Men and designing the store’s private-label collections, it became clear to me that there was a real need for a new American voice in the men’s designer world—something modern and luxurious, but also a little broken-down and familiar,” says Bastian, whose collection is produced by Italian designer and manufacturer Brunello Cucinelli and is available at Saks Fifth Avenue, Neiman Marcus, and, of course, Bergdorf Goodman. Bastian explains that his design philosophy—reflected in his logo depicting only half a pair of wings—is to “start with something perfectly designed and then knock the edge off that perfection.”

Bastian’s spring collection, which is only his second, is composed of classics—linen slacks, corduroy shorts, denim jackets, jersey polo shirts, five-pocket jeans—with some new features. He lines suits with shirt fabrics and chino pants’ pockets with heavy cotton so keys do not wear through. His slim-cut woven shirts have vents at the shoulders and darts at the waist for a more comfortable fit, and his cashmere/silk knitwear is shorter at the waist and longer in the sleeves. “It’s like the sweater you had in college that was stretched out in the washing machine, but you kept wearing it because you loved it,” describes Bastian, who says he does not want to create garments that are so precious you would worry about wearing them too often. Nevertheless, he includes such sartorial details as mother-of-pearl buttons, taped seams and waistbands, and hand-set sleeves.

Much like Perry Ellis, Bastian references fashion from the 1950s and ’60s, a period that, he feels, captures the true essence of American menswear. “That was the first time menswear was distinctly American and not influenced by Europe,” says Bastian, who fittingly is a leading contender to win this year’s Perry Ellis Award for Menswear from the Council of Fashion Designers of America.