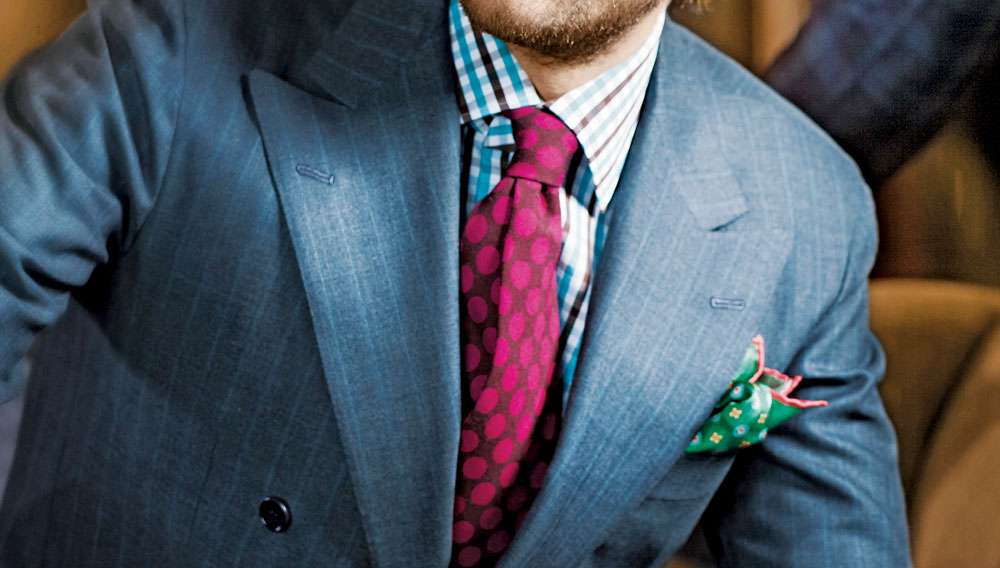 In the winter of 2008, more than a year after he took over as chief executive officer of Kiton, Antonio De Matteis set out on a two-month European road trip to visit the continent’s better men’s stores. He was in search of an idea that would enable him to put his own imprint on the Neapolitan suit brand founded by his uncle Ciro Paone in 1968. What the 46-year-old De Matteis discovered was the emergence of a new generation of stores focused on suits.

De Matteis concluded that the younger generation of suit wearers might react positively to a slightly different take on Kiton’s classic approach to tailored clothing. A 1956 photograph of a dapperly dressed Uncle Ciro that he happened upon at a fashion fair in Turin, Italy, furnished him with inspiration.

“I looked at his suit—a slim-cut, peaked-lapel jacket with an obviously structured shoulder constructed from a heavy tweedy cloth—and thought it looked very modern for today,” says De Matteis. This silhouette became the foundation for a new collection called Cipa. Launched in the spring at Bergdorf Goodman in New York and available next season at Neiman Marcus, the collection offers fashion-forward suits, topcoats, and knitwear inspired by Kiton designs from an earlier era, when the company was known as CI.PA.

An homage to Ciro Paone (the family patriarch suffered a stroke four years ago that left him with some physical disabilities), the Cipa line has all the handmade construction of conventional Kiton clothing, but it is produced from loftier fabrics such as Harris tweed, lamb’s wool, and worsted wools weighing as much as 400 grams—more than twice the weight of some classic Kiton suit cloths, which can be as light as 160 grams.

“The Cipa suit has the same small sleeve and armhole,” says De Matteis, “but the spallina [Italian for “shoulder”] is cut differently—more like a ski slope.”

The Cipa designs also lack the distinctive shirred sleeve typical of Neapolitan clothing, because the heavier fabrics prevent it. In addition, De Matteis says, “The pants are more linear, unpleated, and feature suspender buttons because in the 1950s and 1960s nobody wore a belt.”

With suits starting around $5,700 and sport coats priced from $4,700, the collection is not, as some have suggested, a down-market alternative to the Kiton portfolio. The lower prices reflect the fabric choices for Cipa, not the labor required to make the clothing. The younger Cipa client, explains De Matteis, is “more focused on the fit and style of his suits than on the weight of the wool.”

Nevertheless, De Matteis expects that Cipa clients will one day want to sample the brand’s lighter fare. After all, he says, “Once you’ve worn 14-micron wool, it’s difficult to wear anything else.”