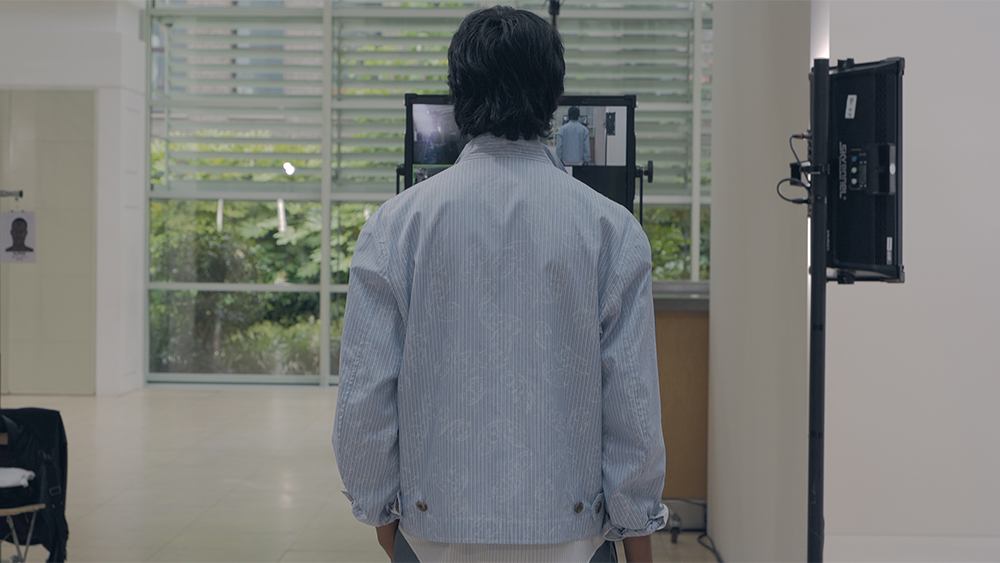 Normally at this point in summer, the menswear junket would have already made its way through Europe and seen next spring’s collections. But during a pandemic, the old fashion show circuit amounts to a super spreader world tour. In short, it ain’t happening. London Men’s Fashion Week pivoted to an online platform, which had a lot of arty films but not much in the way of new clothes. Pitti Uomo is being reimagined as a digital showcase, slated to debut in the coming weeks. Milan Men’s Fashion Week has been postponed to September, with some brands choosing to show online in the meantime. But, true to Bogie’s promise, we’ll always have Paris. The French menswear collections are soldiering on, scheduled to be shown digitally, beginning this Thursday.

It’s a format that is essentially uncharted territory for the industry—aside from a virtual presentation of Chanel’s resort collection last month, which was largely deemed a flop (not the clothes, but the models swanning about a soundstage approximation of Capri to a score of department store Muzak). If a brand like Chanel, which is known for its jaw-dropping runway productions with life-size icebergs and rocket-ships, couldn’t sort out how to make a digital fashion show compelling, who can? Well, yesterday’s Hermès show proves that it can be done—and done well.

Beginning at 2pm Paris time (8am Sunday morning for this New York-based writer), the brand debuted its latest menswear collection via a serenely elegant video on its website. Unlike many of the digital défilé attempts thus far, the Hermés show was a livestream. That’s just one of the reasons why it felt like a successful alternative to a traditional runway presentation: it captured some of the energy that one feels sitting in a darkened venue, watching models whizzing past each other, crooning one’s neck in anticipation of what look will turn the corner next.

That energy suffused all seven minutes and sixteen seconds, which was by design. Rather than simply filming looks parading down a catwalk, Hermés chose to capture the backstage scene of a typical fashion show—complete with producers in headsets prodding models to move along and dressers futzing with jackets, getting them to drape just so. Filmed at the brand’s headquarters on the outskirts of Paris and titled “Hors-Champ”, French for off-camera, the video was a collaboration between the designer, Véronique Nichanian, and artistic director Cyril Teste.

“Though the current situation forbids a live audience, spectators will be able to see backstage…the boys biding their time, some goofing, others in thrall to their phones, models who are not actors, surrounded by photographers,” Nichanian says in a Q&A that accompanied the show notes. “These classic off-camera moments of a show, the glimpses one usually never gets are precisely what will, for once, be visible to all.”

These were just guys—albeit incredibly youthful, svelte, attractive guys—being guys. It made the collection (which, it’s worth stating, was beautiful) all the more appealing. You easily got a sense of how these clothes will translate to real life. In fact, the whole presentation was a carefully choreographed performance of real life. What it lacked in the pomp and circumstance of a conventional runway show, it made up for in what those shows normally lack: emphasis on the details, an unfussy candor, intimacy.

In my experience, the genius of an Hermés collection is usually only revealed during a re-see—one-on-one appointments after the show when you’re able to see and touch the clothes up close. This format afforded the viewer some of the perks of that nose-to-the-jacquard immediacy. Because of the way it was filmed, you could almost feel the crisp poplin of the airy shirt jackets and supple leather of a duffle bag. At one point in the video, Nichanian instructs the cameraman to come in closer to show the play of stripes on the sleeve of a shirt and the leather piping spliced between the ribs of a sweater—subtle details that, if I were viewing these pieces from the audience of a runway show, I almost certainly would have missed. A video allows one to better appreciate the quiet consideration that makes Nichanian’s designs so desirable.

“Circumstances have forced me to pare down…It is quite rewarding to hone in on the essential, and to distill, refine, sharpen,” she says. “It all pointed in one direction, the one I wanted to follow for this collection: simplicity, nonchalance, lightness.” Nichanian’s jettisoning of anything superfluous applied to the presentation, too. Rather than the usual lineup of some forty looks, the show was culled down to a succinct eighteen.

One of the main issues that virtual fashion shows face is holding a viewer’s attention long enough to take in a whole collection. The combination of a tightly edited collection, the excitement of action unfolding in real-time, dynamic camerawork and a dreamy soundtrack made Hermés’ gripping, at least as far as fashion shows go (they’ll never be a Marvel flick, though perhaps that’s an idea…) It didn’t quite rival the magic of a truly great runway show, but it did prove that this format has merits of its own. And, as it’s looking like in-person shows are not going back to normal for some time, this provided a template for what can be accomplished otherwise. Fashion brands, take note: this is how you do a digital presentation.