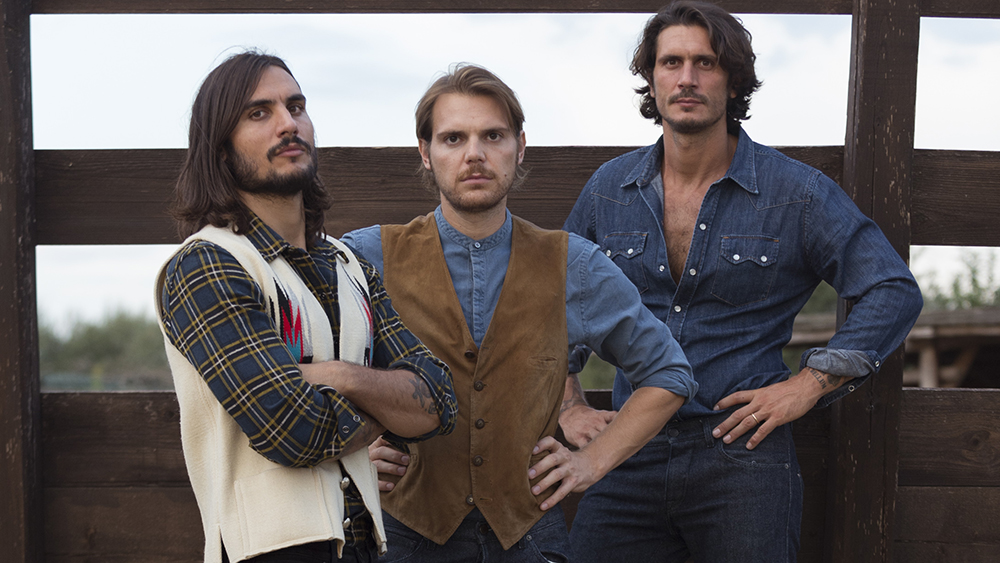 When you stop and think about it, ‘Western’ menswear has never really been out of style.

So much of the gear that was purpose-built for taming the Wild West—cowboy boots, jeans, wide-brimmed hats and the like—has never left America’s cultural consciousness. That’s thanks in large part to menswear titans like Ralph Lauren, whose designs have kept the look those clothes built in our imaginations, and to directors, actors, singers and writers mining cowboy lore for inspiration. Outside of menswear, the Wild West is enjoying a healthy resurgence in pop culture. Look no further than HBO’s Westworld, the domination of Lil Nas X’s “Old Town Road” single, Diplo’s music video for “Lonely,” and Netflix’s recent cinematic collaboration with the Coen brothers, The Ballad of Buster Scruggs, for proof.

All of which may help explain why this fall, a number of brands beyond America’s borders are producing wearable takes on cowboy style. Celine’s fall 2019 collection nods subtly to the uniquely American icon with its light blue washed jeans, snakeskin jackets and pocket shirts— styling cues that seem set to continue into creative director Heidi Slimane’s spring 2020 collection.

Another French brand that’s gone big on a Western theme is Holiday Boileau. Designed by Gauthier Borsarello, this season’s collection features a ‘Holiday Texas’ motif printed on T-shirts and sweaters, as well as a pair of white jeans printed with a blown-up illustration of a cowboy—blending French Ivy staples with Wild West references. Add to this the pairing of corduroy sports coats with Stetsons and Cuban heel boots, and you’ve got a collection with more Western flair than a Sergio Leone movie.

“We drew inspiration from a Holiday Magazine cover from 1958 that we really liked,” Borsarello said when asked about this treatment. “There’s something about a denim Western shirt or trucker jacket that’s just effortlessly cool right now.”

Other European indie brands agree. Barbanera, an Italian shoemaker based in Milan, is known for creating boots with rock-and-roll flair. The brand’s co-founders, brothers Sebastiano and Sergio Guardì are known on the international street style circuit for mixing Western style into a European framework; from gray flannel chalk stripe suits worn with denim shirts and bolo ties, to suede trucker jackets paired with cowboy boots.

From left, Alessandro Pagliacci, Sebastiano and Sergio Guardi, the co-founders of Barbanera.  Barbanera

“From the beginning, our idea was to create a brand that could mix Italian shoemaking tradition with other influences from art, music, culture and places we love,” Sergio says. “Actors, musicians, rock and roll and the Western genre all have a place in our collection. Wearing our Cormac Western boots with perfectly tailored suits gives a new twist to both boots and tailoring. It’s classic but at the same time ‘badass.’ I like to say ‘badassic’.”

Another cult menswear design with badass status comes from Bryceland & Co., a Tokyo-based brand led by Australian designer Ethan Newton. His Sawtooth Denim Westerner Shirt, named for the angular, tooth-like pocket flaps fitted with snap-press buttons, takes its cues from a vintage 1950s denim shirt in Newton’s personal collection. In heavy raw denim, this shirt is a dependable piece, guaranteed to get better with age. It’s also a natural place to start, because adding one or two robust denim shirts into your casual wardrobe is a low-impact way to step into the trend.

Easier still? Getting your hands on a chunky belt with a bold buckle. It adds an instantly identifiable touch of Western cool to a pair of well-worn jeans, especially with brown suede boots. Holiday Boileau’s collection demonstrates this perfectly. The brand’s look book shows soft tailoring and slim jeans accessorized with thick belts studded with brass fixtures. If you like the look, Holiday’s Newton belt should be your first port of call here.

If you don’t like the look, here’s something to take comfort in: cowboy style is about as classic as it gets. And in an era dominated by micro-trends and influencers, it’s an encouraging thing to see that thoroughbred Western style still has its place as the ‘badassic’ choice of menswear aficionados across the globe.