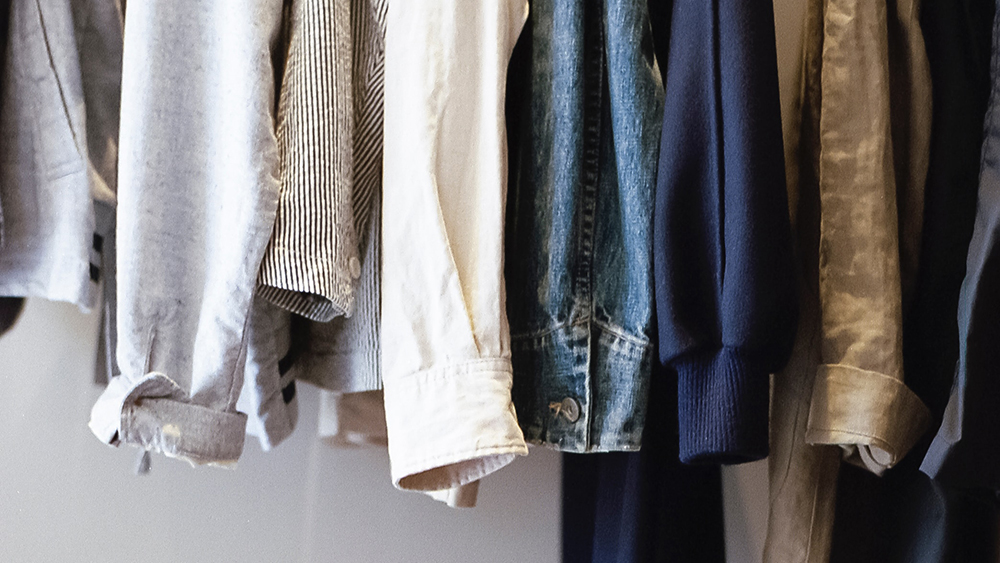 Lately I’ve been rediscovering a lot of old friends hiding almost in plain sight. Among them are two striped shirts from Hamilton, the bespoke shirtmaker in Houston; a pair of great sunglasses from Dom Vetro and a cache of perfectly faded jeans whose whiskering would take years of wearing to reproduce. For a guy who likes denim, that’s like finding a winning jackpot ticket you’d forgotten you bought.

This happens irregularly, which adds to its charm. I’ll be looking for a pair of socks and realize they’re on top of a cherished old scarf, or hunting for shoe polish in my hall closet only to alight on a bomber jacket I haven’t worn in ages, but that works perfectly with a newly purchased pair of trousers.

And that’s because I never could quite capitulate to the idea that less really is more, despite the current enthusiasm for owning fewer and fewer things. How could the ruthless disposal of elements of my wardrobe possibly spark joy when I found so much pleasure in acquiring those pieces to begin with—and even more at their rediscovery?

That’s not a knock on minimalism or even asceticism. For some guys I know, “less is better” has turned from an abstract idea into a full-blown way of life, and even a business plan. Take Nick Ragosta and Agyesh Madan, the cofounders of the New York made-to-measure brand Stòffa. They are one of many excellent young teams whose work focuses on making jackets, trousers and other staples that may age well enough to hand down one day. I think of them as the Vitsoe of casual tailoring: a wearable answer to the proposal that you can live better with less that lasts longer.

For those stylish men and others like them, I’m sure active, rigorous editing of one’s wardrobe works—especially if they’ve arrived at a style they want to stick to. That makes it easier to identify what doesn’t belong, arguably the most important factor in keeping one’s personal furnishings in check.

But what are you supposed to do if you like good clothing that’s well made—and already have a lot of it? What if you haven’t committed to a single self-expression and like to mix things up now and then? There’s a common argument that if you haven’t worn something in a year, you should get rid of it, but it hardly makes sense to do that with the bespoke tuxedo you wear to the odd gala, or the shearling jacket that makes sense only for a specific week every February.

The advice I’m giving myself (and my partner, Brian, with whom I recently joined households, closets and all) is to keep everything, with some minor exceptions. If it’s damaged beyond repair, donate it to an organization that specializes in recycling textiles, like GrowNYC or Blue Jeans Go Green, which turns denim into home insulation. If it doesn’t fit, and isn’t likely to in the future, hand it over to someone who can wear it.

But the rest of it, I think, should stay put. After all, men’s fashion is moving so fast that there’s something in the market for almost everyone, so as long as your clothes are well made and fit your body and aesthetic, you’ll be hard to fault. It’s the reason Brian and I decided to keep the mountain of boots we own between us—well, that and we both wear a size 11—and how we justified not throwing away various stacks of cashmere, pocket squares and T-shirts during the move. It’s joy enough knowing that a variety of options—and new possible combinations—are at our disposal, whenever we may need them, now and in the future.