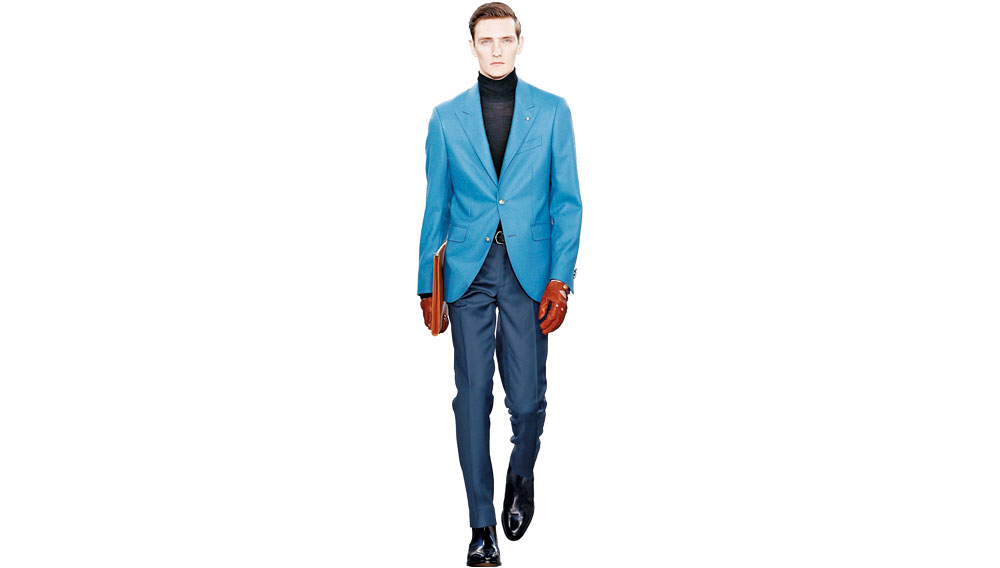 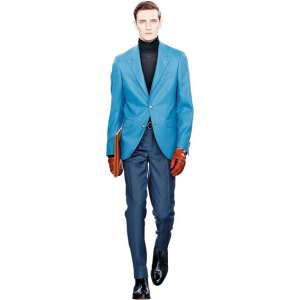 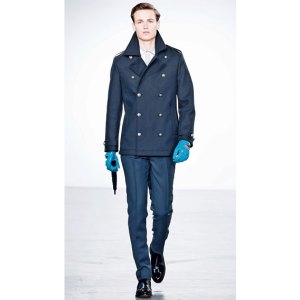 England’s Kent and Curwen, famous for its circa-1930 cricket sweater, modernizes its lineup.

When Kent and Curwen hired Simon Spurr as its creative director last fall, it was expected that he would bring a new look to the staid English brand, whose staple items have long been regimental ties, polo shirts, and cricket sweaters. Spurr, who operated an eponymous brand for six years and most recently worked for Tommy Hilfiger, is known for a daring, youthful take on menswear. Referring to his debut collection for Kent and Curwen, Spurr says, “We wanted to embrace and celebrate our heritage but make clothing that’s modern and relevant.”

The new designs, for fall and winter, do indeed play off the company’s history, which dates to 1926, when Eric Kent and Dorothy Curwen began making ties for British regiments, clubs, and colleges, including Oxford and Cambridge. By the late 1920s, the company was also supplying ties to tailors on Savile Row and Jermyn Street. In 1930, Kent and Curwen introduced what became its signature item, the cricket sweater: a cream-colored knit pullover with a V-neck outlined in bold stripes. The sweater soon became a fashion sensation, worn by Cary Grant, Errol Flynn, Laurence Olivier, and other cricket-playing film stars of that era.

Spurr, who arrived at Kent and Curwen last September just prior to the opening of the new flagship store on Savile Row, has kept the company’s sporting provenance in play. In the new collection, the V shape of the jacket toggles and the leather-bag details is a nod to the splice where the handle and body of a cricket bat are joined. And the cricket sweater remains in the lineup, but Spurr has updated it with reversible designs that feature vibrant colors. He has also introduced other sweaters with herringbone, chevron, and striped patterns.

The collection also features slim-cut peacoats with leather epaulets, officer’s coats made from a wool-and-cashmere blend and trimmed at the lapel with rabbit fur, and leather motorcycle jackets that are channel quilted at the lapel.

“Men today have a good understanding of self, of what they want to wear and what feels good in terms of proportion, construction, and quality,” says Spurr. “Our man wants to look good without standing out. Our man is interested in the notion of traditionalism without being traditional.”