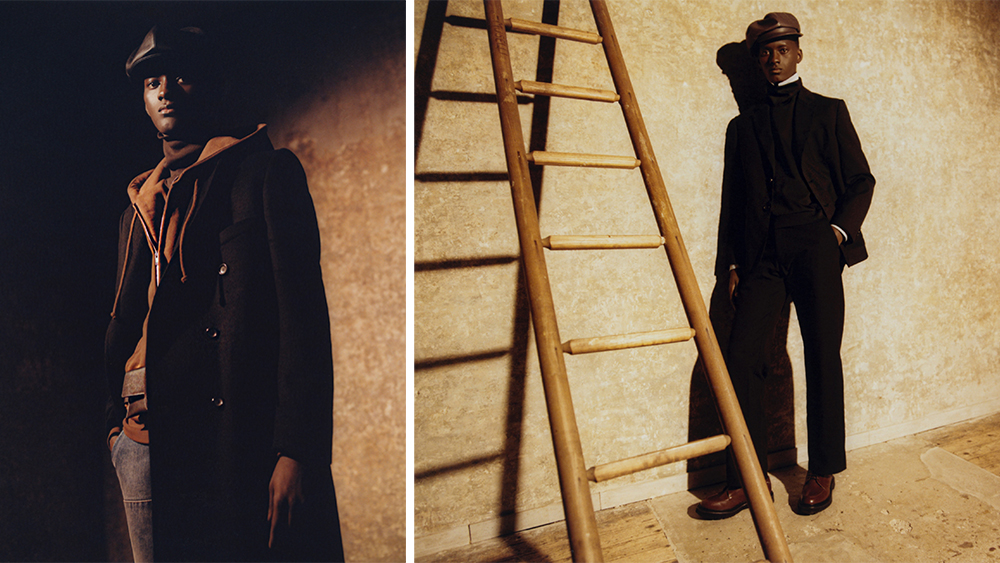 At the height of the pandemic, the average Joe’s style transitioned from suits and ties in the office to tees and joggers at home. Fast forward two years and relaxed tailoring offerings are abundant. As designers continue to lean into comfortable designs that can go from day to night, there’s one emerging, sustainability-minded label you’ll want to have on your radar.

Launched in 2018 by Nigerian designer Idris Balogun, Winnie New York draws inspiration from both the Big Apple’s urbanity and the polish of London’s Savile Row. Since its debut, the brand has unveiled five menswear collections with a focus on modern tailoring: Swiss-cotton shirting, upcycled jackets, cargo pants and luxe basics that range from $285 to $1,800 at retailers including Matches, MyTheresa and Bloomingdale’s. And as the winner of the LVMH Prize’s Karl Lagerfeld award in 2022, Balogun has put his winnings into building out Winnie’s own digital storefront.

Before all of this recent success, the designer got his start as a young apprentice at Hardy Amies’s esteemed tailoring shop in London. “Being a teen on Savile Row and getting to handle alpaca, learn the difference between higher and lower percentages of mohair, the difference between 15 microns and 70 microns—it really informed my palate,” Balogun tells Robb Report.

At the end of his four-year run at Amies, the designer was offered a role at Burberry by then-creative director Christopher Bailey. But instead, Balogun ventured to New York City to study at the Fashion Institute of Technology, which was a homecoming of sorts. “I was actually born in Brooklyn by mistake,” he notes. “My parents originally lived in London, but my mom was here on a vacation—I was born early.”

After finishing school, the designer headed back to London where he signed on as Burberry’s menswear director for the next three years. “It took some time for me to sort of get into the rhythm of things,” he says, comparing the trench-coat juggernaut to slow and steady Savile Row. “I learned the importance of brand building [at Burberry],” Balogun reflects. “I learned the importance of the nuances that create what a brand is known…not just creating a really beautiful garment.”

Balogun later returned to New York to become the senior director of menswear for Tom Ford’s made-to-measure business, finding a balance between a marquee brand’s churn and the bespoke business’s intimacy. “Our design team [at Burberry] was like 80 of us all together. Whereas at Tom Ford, our design team was like 12 to 15 people—a very small team. So, I was able to be laser-focused.” There, Balogun was able to begin infusing his traditional tailoring experience with modern designs. Shortly after his three-year run at Tom Ford, Balogun launched Winnie, named in dedication to his grandmother who passed before she could see the collection come to life.

Balogun describes Winnie as a “cosmopolitan wardrobe” of pieces that can go from the office to dinner to a night out on the town. A prime example can be found in the brand’s range of denim shirts and streamlined trousers, cut with a roomy, relaxed fit. Balogun’s tailoring prowess is displayed in unstuffy suiting that offers a more fashion-forward riff on soft Italian tailoring.

Keeping in mind how wasteful fashion can be, the designer has worked to ensure sustainability is prioritized at his Vicenza, Italy-based workshop, where Winnie is based and its garments are made. The brand is even starting to create its own materials to minimize waste. “This season and the last, we actually grew our first flax fibers,” he says, referencing the plant from which linen is derived. If certain materials aren’t used entirely, they’re simply repurposed in the next season’s designs.

The brand will be mounting its first runway show for the fall 2023 season, taking place in Paris this coming January. From London to New York and, now, Paris, Winnie is well on its way to bringing easy, fuss-free chic to every major metropolis.