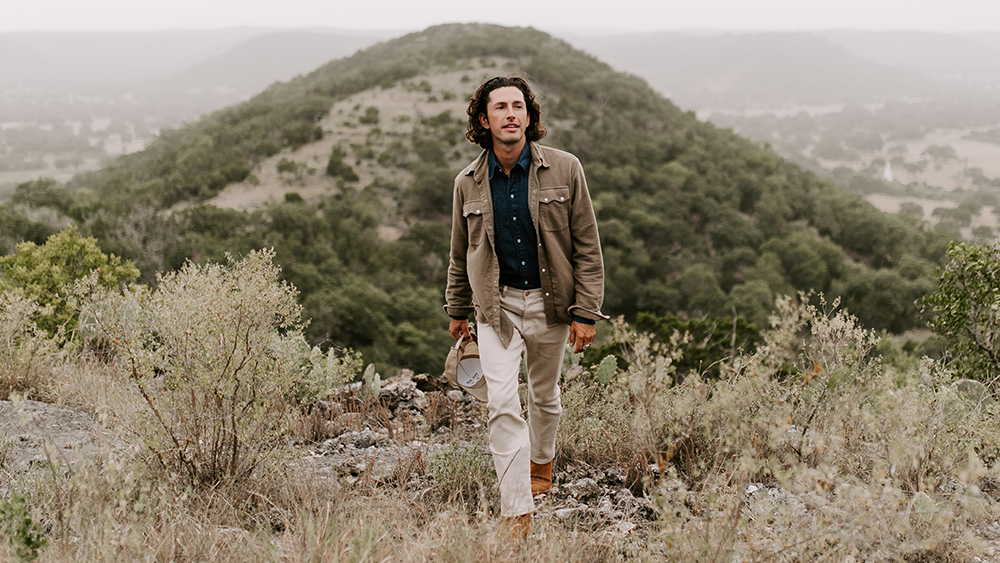 Upstart menswear brand Wythe describes itself as a “dream of lost Americana” via its website, a statement notable for its sincerity at a time when wink-wink subversions and re-interpretations rule the day.

But browsing the OCBDs and tubular pocket tees on its website or the Shetlands and pearl snaps that feature in its debut collection (available now at Huckberry, No Man Walks Alone and Brooklyn Tailors), one might ask whether these American style staples were ever lost in the first place.

“You can still find an oxford shirt or a sweatshirt, but a lot of brands miss the boat,” says founder Peter Middleton. “It doesn’t feel right. It doesn’t feel the same.”

And so Middleton, who has a background in fabric development, has struck out on his own to make new clothes with an old soul. The 28-year-old, who jokes that he’s also Wythe’s “brand director, shipper and warehouse guy,” based his first design—an unlined oxford cloth button-down—on the Brooks Brothers shirts of the 1960s, going so far as to use an exclusive dye recalling the shade of blue common to the Ivy style heyday.

“It took seeing those things that in my mind were all-Texas in a new context,” he reflects. “I actually really like the way that denim pearl snaps look underneath a suit or underneath a Shetland, or something that I wouldn’t even have the chance to wear in Texas.”

So, while the collection features a denim pearl snap based on the Wrangler and Lee designs of the 1960s, there are also pearl snaps made from European moleskin that forgo the Western yoke and draw inspiration from vintage chamois shirts. Such a multi-culti mashup is also apparent in a hand-tooled leather bag that’s made in Mexico but based on the proportions of a vintage L.L. Bean tote.

Other pieces exhibit Middleton’s passion for fabric sourcing, like a half-belted diamond weave topcoat based on a fabric found in the archive of an Irish mill, and saddle shoulder Shetland sweaters made from Scottish yarn at a woman-owned factory in Madagascar. He seems particularly taken with a Bedford corduroy produced by a specialist mill in Japan that captures the weight and texture of workwear cords from the late 19th and early 20th centuries. Middleton has used it to make five-pocket pants and a trucker-style jacket.

Now he is planning Wythe’s inaugural spring collection, which takes on another slice of Americana. Titled “Camp Friendly Pines,” he expects it to include souvenir hats and sweatshirts, chinos and a flannel shirt with a jacquard motif.

“There is always going to be a little bit of Western, because that’s who I am, but the spring collection is more outdoor-focused—more what you would wear at summer camp,” he says.

This is in addition to Wythe’s permanent collection, which will include its OCBDs, tubular tees and a trim-fitting sweatshirt whose proportions recall specimens from the 1920s and 30s. “I love these clothes. I love wearing a button-down oxford. I love old sweatshirts. I don’t need to re-invent [them]. They were pretty perfect at that point,” Middleton says.

That may be true—but every so often, even perfection is due for a renaissance.