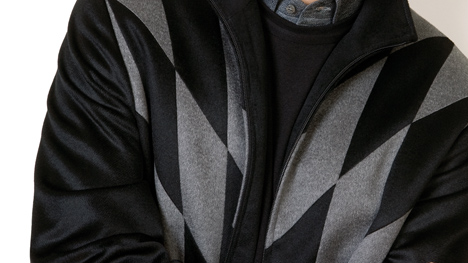 Several years ago Alain Schimel, owner of the French brand Zilli, said he was focusing more design attention on shirts, ties, and leather accessories because such items are a natural stepping stone into the American man’s wardrobe. “Once a gentleman gets a taste of Zilli’s attention to detail on its men’s furnishings we have a much better shot at getting him to try on one of our jackets,” says Schimel, who revolutionized men’s outerwear in the 1970s by rendering it out of exotic materials such as crocodile and ostrich.

Now Zilli is after an even bigger share of the American menswear market with the opening in September of its first U.S. store.  Located inside the Four Seasons Hotel in New York but accessible from the sidewalk on East 57th Street, the 2,500-square-foot shop will be outfitted in tones of beige and mahogany, like Zilli’s other 36 signature stores and shop-within-shops around the world, but this store will have a character and collections all its own.

Among the highlights is a new line of bags and briefcases made of kangaroo as well as cotton/silk knitwear featuring vanise stitching, a proprietary weave in which the silk yarn drops and the cotton yarn lifts, literally giving rise to an assortment of clever abstract designs. “We always put a lot of fun details inside our garments so it becomes a little secret just for the customer,” explains Alexandra Schimel, the family-owned company’s corporate retail director. (+33.1.53.2390.90, http://www.zilli.fr)