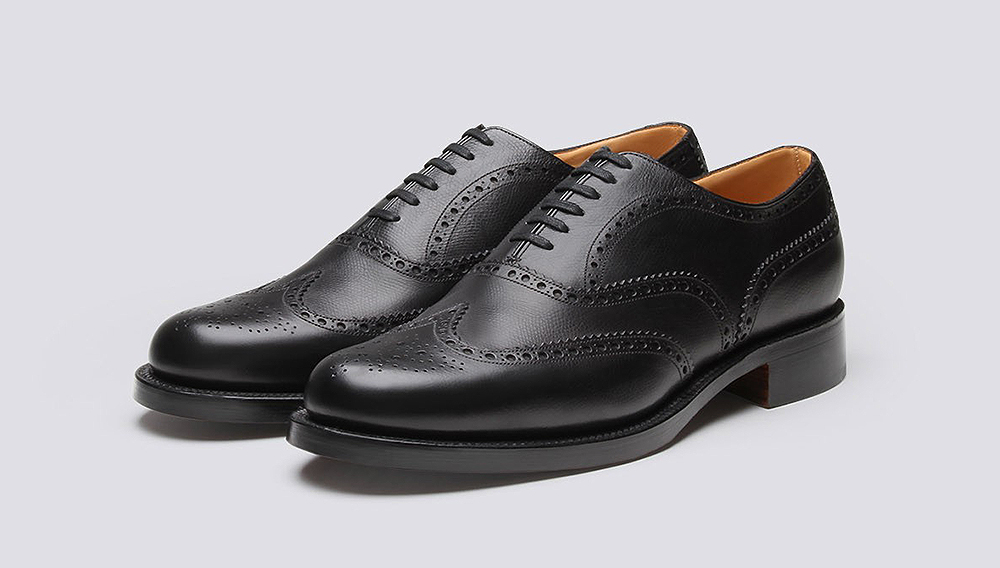 When it comes to sophisticated footwear, the perfect formula is simple: design that has the modern man in mind, and construction that is steeped in tradition. It is no wonder then that some of the world’s top shoemakers can be found today in England—a country whose cordwainery history dates to the Middle Ages. To give credit where it’s due, we have rounded up four of the top high-end shoemakers based in Britain that every stylish fellow should follow.

In the county of Northamptonshire—where British cordwainery is believed to have originated—Grenson has been handcrafting elegant men’s shoes since 1866. Today, with designer creative director and owner Tim Little at the helm, Grenson’s offerings range from bespoke dress shoes to casual boots. Little has not watered down the brand’s shoemaking process, with each Goodyear-welted shoe taking up to eight weeks to handcraft. To pay homage to its 151 years of sophisticated footwear, the brand has re-created eight of its most significant styles in the exclusive limited-edition Archive Collection (from $715 to $895), with subtle contemporary updates that make them wearable today.

Nearby in Desborough, the owners of 131-year-old Joseph Cheaney & Sons pride themselves in their five generations of traditional footwear manufacturing. Each of the Goodyear-welted shoes begins from fine-grade calfskin leather and is transformed through 200 in-house stages of construction, from the initial stitch to the signature hand-burnished finish. Cheaney’s latest offering is the “1 of 1” customization program (about $870 per order). Clients choose from five base designs and add personal details using a broad menu of options that yields a total of 1.2 million permutations.

Also operating in the spirit of nostalgia, London’s O’Keeffe offers a collection of footwear with a unique and almost poetic identity. While the brand is just six years young, its philosophy—implemented by co-founder and owner Maud O’Keeffe—is rooted in tradition, as each of the handcrafted, small-batch shoes features an old-fashioned construction and a vintage-inspired aesthetic. The retro—but not dated—designs (from about $620) take cues from 1920s and 1950s Ireland and England. Each pair is specially treated to have a hand-me-down feel and features a patented Goodyear construction.

Another London-based shoemaker merging the old and the new is George Cleverley, the nearly 60-year-old brand whose fans have included such late luminaries as designer Alexander McQueen, playwright Noël Coward, and former prime minister Sir Winston Churchill. The label offers handsome ready-to-wear, semi-bespoke, and bespoke footwear with unique exotic-skin options that might include Russian reindeer or capybara. A fool-proof option for clients remains the celebrated Anthony Cleverley line—each shoe of which is hand-welted, hand-lasted, and hand-finished in England ($1,600). (grenson.com; cheaney.co.uk; okeeffe-shoes.com, available through mrporter.com; georgecleverley.com, available through mrporter.com)