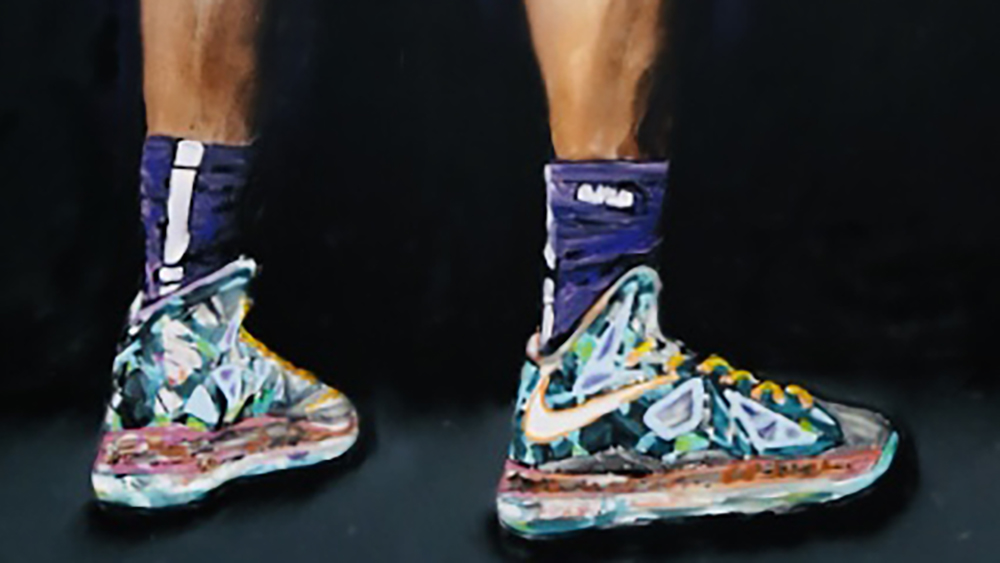 If you’ve long been a sneakerhead and been looked askance at by your Italian-leather-soled peers, vindication is nigh. Starting October 25, Sneakertopia, a pop-up museum celebrating the art and culture of sneakers, will open in Los Angeles and then travel the country in 2020. Inside will be examples of some of the most famous sneakers ever made as well as original artwork and immersive experiences by renowned street artists and sculptors. Think bigger-than-life installations and murals side by side with Run DMC’s Adidas, Michael Jordan’s Nikes and more.

But it’s not just about the cool kicks. Perhaps more compelling is the recognition such a venture bestows on a what was long considered a subculture. Here, sneaker culture is honored as the global force it has become—breaking down racial, ethnic and age barriers through art, fashion, music, entertainment and sports. For some, it’s an obsession that’s become bigger—and more lucrative—than any mere hobby.

“The sneaker has become a powerful and transformative expression of culture,” says Sneakertopia cofounder and chief financial officer Steve Brown.

“Sneakers became a culture in the 1980s, when basketball and hip hop simultaneously exploded as a fashion trend,” says CEO and cofounder Steve Harris. He cites Michael Jordan and his Air Jordans along with Run DMC and their song, “My Adidas,” as elevating “what was once viewed as a necessity of practicality into a garment of stature. The hip-hop movement honored sneakers as a status symbol and gave sneakers their street credibility.”

And once a status symbol, limited-edition sneakers gained in popularity as collector’s items. “Sneakers have evolved from the streets to the stock exchange,” Harris says. And Sneakertopia plans to work with celebrity collectors to show some of the most coveted and artistic collaborations as a way to showcase the empowerment of sneaker culture.

“In sports we have an impressive collection of Jordans, tennis sneakers and skate kicks,” says Harris. “In music, we feature sneakers from all of the artists like Run DMC and Kanye who have and had sneaker collaborations.

Curator Justin Fredericks has been working with the nearly 20 artists who will be part of the opening exhibit. Among them is Michael Murphy, who has worked for Nike in Tokyo and Chicago. “He’s producing his first optical illusion sculpture using the classic Jordan colorway—red, black and white,” says Fredericks. “Murphy has pioneered a new art form called perceptual art that changes with the viewer’s change in position and perspective.”

On a private preview tour, Robb Report saw the work of Canadian mixed media sculptor Alice Smoluk, who currently has a nearly 10-foot-high sneaker installation made from recycled materials on display outside Paris’s Civic Center. She showed off samples of her work—a Nike Air Max 90 rendered in colorful paper scraps, which will be part of her installation, along with another monumental sneaker.

Fredericks is also excited about artist Mimi Yoon, who counts designer Jeff Staple as one of the collectors of her pieces. She will create a 45-foot mural of women from all backgrounds and ages, empowered by sneakers. Also on the list is Ben Fearnley, who has designed digital Air Max sneakers for Nike. “He’s showcasing his multitude of talents with an augmented motion mural, a lenticular mural and a 3-D printed sculpture,” Fredericks says, “all showcasing the sneaker as a symbol of culture.”

Expect collaborations with sneaker customizers and limited-edition merchandise announcements in addition to the art. Tickets ($38) are already on sale. The museum also offers VIP memberships and season passes that will give enthusiasts insider access to private previews, artists, collaborators and special events. The LA exhibit is slated to last through mid-February, and in the spring of 2020 the museum will travel to other major US cities.