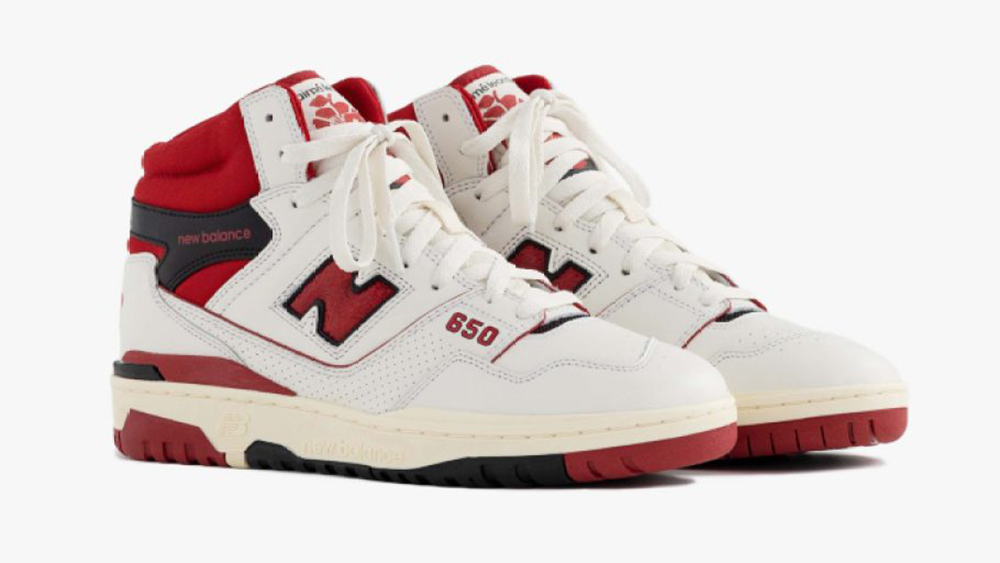 After giving fans a chance to pre-order a pair of the 650R collabs in 2021, the New York-based label and the Boston-based sportswear brand have announced that their 650R styles are releasing again before month’s end.

Aimé Leon Dore revealed on its website that the draw for four iterations of its New Balance 650R is open from now until tonight at 11:59 p.m. ET.

The styles of the collaborative New Balance sneakers that are up for grabs include a red-based iteration, which is available exclusively at Aimé Leon Dore. Also launching are the navy, green, and gray makeups. The Aimé Leon Dore x New Balance 650R collabs feature a full-grain leather upper that’s coupled with soft mesh underlay panels and cream-colored shoelaces. Additional details include co-branding on the tongue tag and heel counter, a yellowed EVA midsole and a rubber cupsole.

In addition to the aforementioned 650R, Aimé Leon Dore and New Balance revealed that additional styles of their acclaimed 550 collab are also set to release before year’s end but specific launch details about the forthcoming project have not been established by either of the parties involved.

The raffle for the four Aimé Leon Dore x New Balance 650R styles is open now at Aimeleondore.com for $165 each. According to the label, fans are limited to one entry per style. Check out more images below.