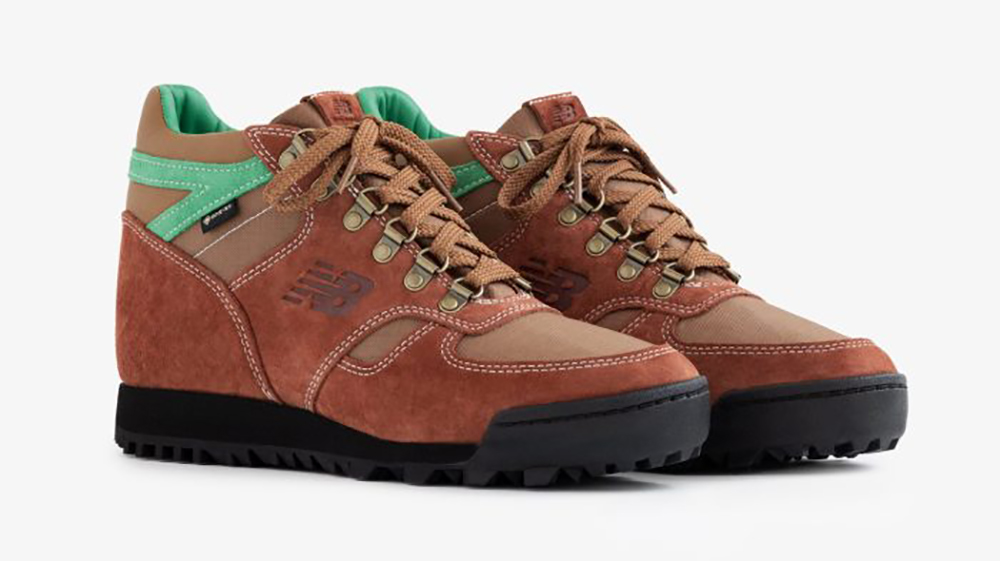 The Aimé Leon Dore x New Balance Rainer boots will come in three colorways including in brown, charcoal, and tan makeups. The silhouette features a mid-cut construction on the upper and is equipped with premium nubuck overlays and weather-resistant Gore-Tex underlay panels. Co-branded details appear on the leather tongue tag and New Balance branding is stamped at the midfoot while the underfoot is cushioned with an EVA foam midsole. Completing the design is a Vibram rubber outsole.

Aimé Leon Dore and New Balance have released numerous sneaker collabs in the past, with the release of their first-ever 550 sneaker project in October 2020. The duo has dropped several more 550 collabs in the months following, including vintage-inspired iterations of the 650R high-top. Aimé Leon Dore and New Balance last joined forces last month to deliver a pair of suede-covered 550 colorways.

The trio of Aimé Leon Dore x New Balance Rainer boot colorways will be released at Aimeleondore.com on Dec. 16. The boots will come with a retail price of $200. The New York-based brand also urged fans of the boots to sign up to its mailing list to be notified about the release.