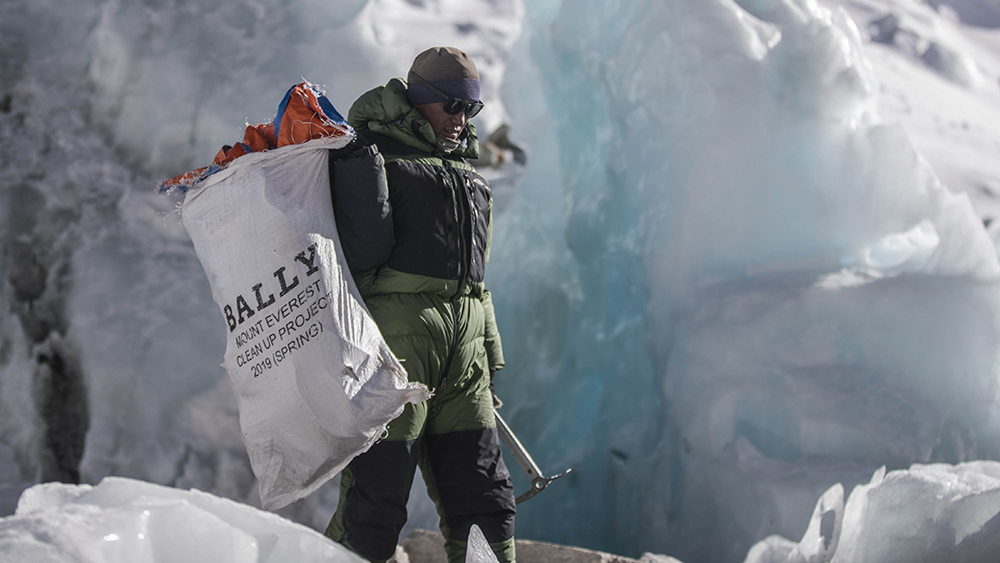 A massive clean-up effort is well underway at some of the largest and most extreme mountain ranges in the world. Bally, the Swiss luxury fashion brand known for its iconic climbing boots, is undertaking this huge project as part of its newly announced Peak Outlook initiative, a long-term commitment to preserve and restore the landscapes of mountain ranges affected by debris and waste accumulation.

According to WWD, the first cleaning expedition took place earlier this year at Mount Everest, where two tons of waste were successfully removed from an area spanning from the Base Camp all the way up to the summit, the first time an organized clean-up has reached the Earth’s highest peak.

An initial expedition collected the first ton of debris and waste during the climbing season, with over half of that amount removed above the 8000-meter mark, an area known as the “Death Zone”. An additional crew collected the second ton at Base Camp after the last expedition teams left the area, the first time a clean-up has ever been initiated at the end of the season.

Bally has a strong and well-known connection to Mount Everest, thanks to the story of Sherpa Tenzing Norgay, who became one of the first two men to ever reach the peak of Mount Everest, alongside Sir Edmund Hillary, in 1953. For the weekslong stretch of the climb, he was wearing a pair of Bally Reindeer-Himalaya boots. His son, Jamling Tenzing Norgay, was part of the recent expedition to clean up Mount Everest, a journey led by Dawa Steven Sherpa and his team of guides and climbers.

In honor of the Peak Outlook initiative, Bally is offering a capsule collection of merchandise whose proceeds will go toward supporting the brand’s efforts in future expeditions. First up is a unisex organic cotton T-shirt with “No Mountain High Enough” emblazoned on the front that’s available online now for $130.