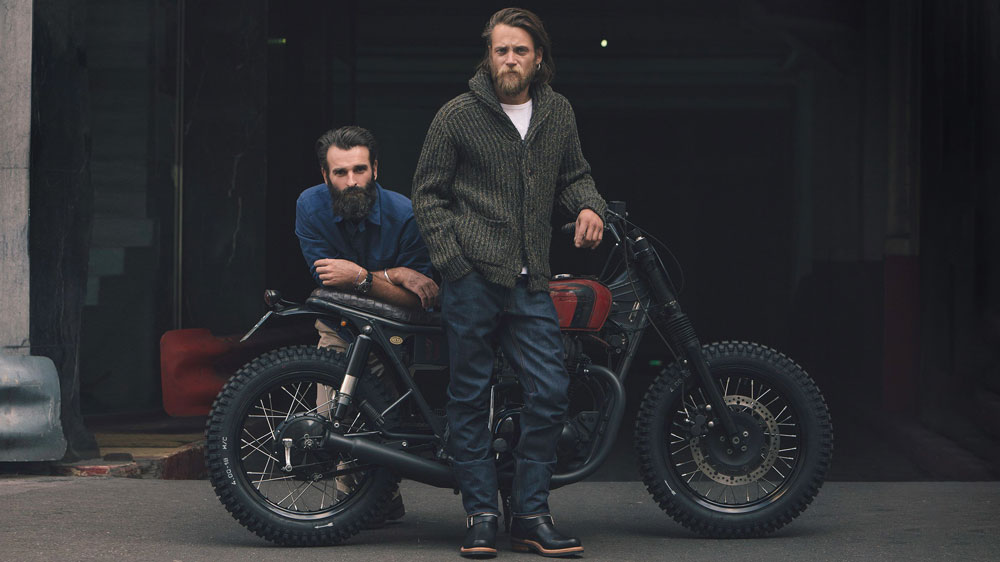 Moto fashion remains on trend of late, whether we’re talking about edgy denim from Balmain or Diesel’s recent capsule collection for Ducati. Relaunching their beloved Motorcycle Boot—which first appeared in 1993—R.M.Williams has teamed up with Parisian moto-mod firm Blitz Motorcycles to create a new edition of the boot tailored to align with the brand’s latest vintage Scrambler build.

The new version of the boot is now available via the brand’s Made-to-Measure service directly through the brand, as well as at Harrods of London (on the fifth floor). Pairs will be available in either brown crocodile (approx. $6,580) or black New Zealand cowhide ($795), the former also being present on the grips, saddle, and tank straps of the custom-built Blitz scrambler from which R.M.Williams drew inspiration. As part of this collaborations, all of the leatherwork for the motorcycle was crafted by R.M.Williams.

A display presentation will be present on the lower floor of Harrods though the end of October featuring wares from both brands, as well as a short film chronicling the 6-month development process behind both the boots and this unique motorcycle.