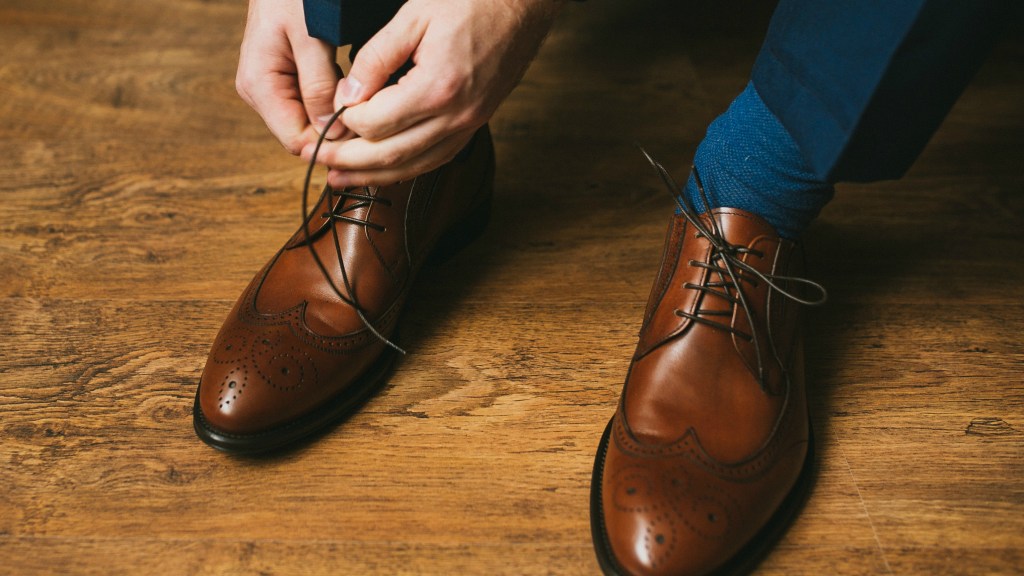 For a brief shining moment, a singular issue facing the British legal community seemed to eclipse even Brexit itself. That issue? Whether or not it’s permissible for associates at the world’s most prestigious firms to wear brown shoes with a navy suit.

The nontroversy started at a recent conference in London, when an unidentified partner at an international law firm decided to offer some unsolicited fashion advice, according to the Telegraph. “Don’t wear brown shoes with a blue suit,” he reportedly told a group of aspiring young lawyers. The advice, according to Catherine Baksi, a former lawyer and court reporter who attended the event and was the first to document the incident, was given in the spirit of helping people from “non-traditional” backgrounds get on the right side of this world’s “unspoken dress code rules”—and, ultimately, not get overlooked in the recruitment process.

The backlash, if you can call it that, came swiftly and with all the fury of an urgent inter-office memorandum. Some lawyers held fast and true to the adage “no brown in town,” a rule that’s long held sway over the way lawyers dress and, frankly, has turned the wardrobe of many in the legal profession into colorless zones of black leather and gray wool. Others noted that the partner in question probably wasn’t a style icon himself.

sounds like lack in sense or fashion; or quite possibly both. People should wear what they want. The partner should get out of others' wardrobes, or just get out more. People see an expert for his/her expertise, not for their dress sense.

Still others made the larger point that, in 2019, there are surely some outmoded rules that can be left by the wayside. Looking sharp is important, but don’t lawyers have much bigger fish to fry?

“Not entirely sure that the fashion sense (or lack thereof) of potential trainees is a priority,” one barrister told the Telegraph. “It is clearly advisable to dress professionally but this level of prescription is probably a step too far.”

For those who are understandably confounded by this roiling debate, here’s our take: It’s hard to put a wrong foot forward when you pair a navy suit with a shoe cut from dark brown leather or suede. Brighter tans and caramels may cause some fuss in the halls of white-shoe firms, but rich chocolate tones are a strong alternative to cold, funereal black.

Indeed, there are even some tailors who caution against wearing black shoes in the first place.

We couldn’t agree more. So, with that sage counsel in mind, below are seven pairs that will work with a navy suit—no matter what industry you work in.