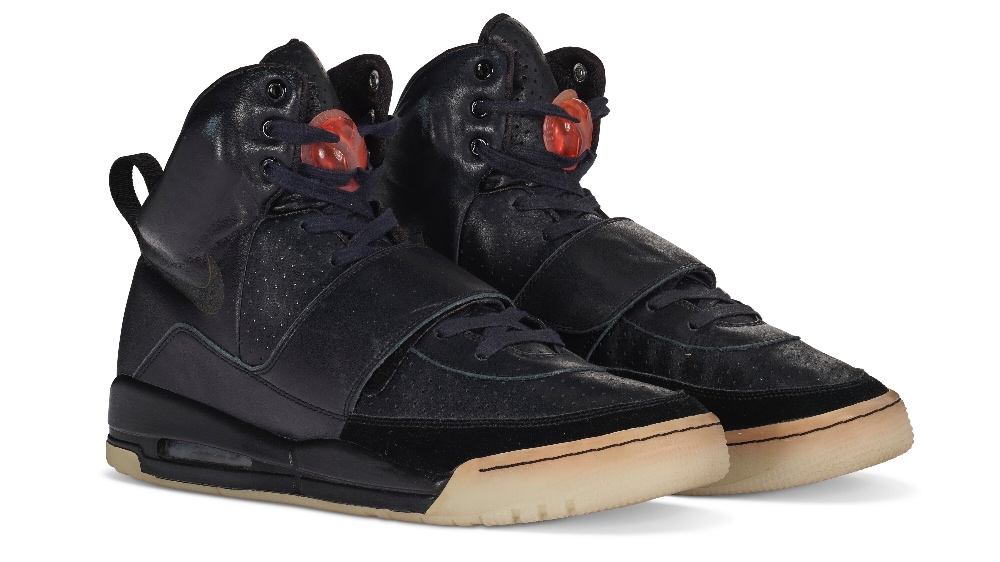 Hypebest culture is stepping into a new era of luxury.

Christie’s may be known for its auctions of fine art, but the New York-based firm is moving into new territory: designer streetwear and sneakers. This week, the company unveiled Department X—a new division focused on rare collectibles across a variety of genres, including collectible clothing and footwear. To commemorate the special occasion, Christie’s will hold a private selling exhibition, called “Ye Walks” centered on two rare pairs connected to musician and designer Kanye West.

The first pair is the Air Yeezy 1 Prototype West designed and wore during his performance at the 2008 Grammy Awards. The shoes, created in collaboration with Nike creative director Mark Smith and designer Tiffany Beers, feature a glow-in-the-dark outsole with a translucent red “Y” shaped lace lock. They’re one of the first pairs of sneakers West designed.

The second style is the Nike Donda West Air Jordan VI Sneaker made in honor of West’s late mother. Nike created six exclusive styles for West and his close circles that were never released to the public after her passing. Lyrics from West’s song “Roses” and his mother’s name decorate the shoe’s sock liner. The heel and tongue are finished with embroidered blooms as an ode to the song.

The news comes as the company has been growing its luxury category following the success of its sale “Six Rings — Legacy of the GOAT”, which offered sneakers worn by Michael Jordan and other collectibles from his championship games.

“With a finger on the pulse of popular culture and the evolution of what is defined as luxury today, we are proud to announce the launch of Department X – Sneakers, Streetwear & Collectibles,” says Caitlin Donovan, Christie’s American head of handbags, streetwear and sneakers, in a statement.

“With exciting sales that will cross several genres of popular culture and collecting—music, fashion, and sports history—I am excited for new and existing clients of Christie’s to embark on this journey with us.”