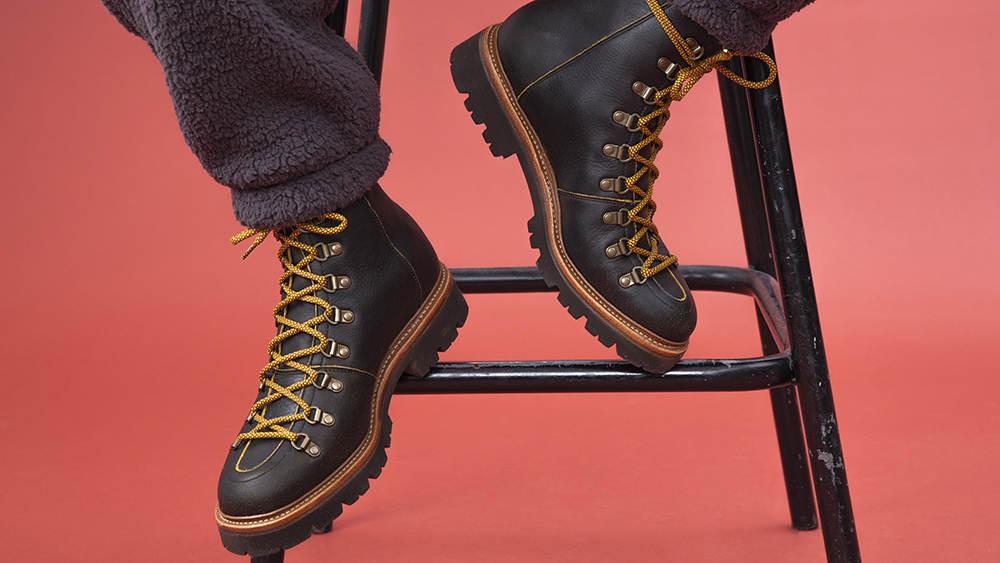 With dress attire becoming more and more casual, it’s not uncommon to see leather shoes with lugged rubber soles. This combination may seem very 2022, but it dates back to the 1930s and the creation of what would in time be called the commando sole.

The commando is a thin rubber sole marked by inner “star medallions” that increase its traction and cushioning power, and a range of outer lugs that stabilize the foot and absorb shock. Perhaps most importantly, the weather-resistant sole can be used in Goodyear-welted footwear, replacing the leather soles associated with traditionally made shoes. In time, it has become a hallmark of hearty English shoemakers including Joseph Cheaney & Sons, Tricker’s and Grenson.

“British shoemaking is about rugged function and practically,” Grenson CEO Tim Little tells Robb Report. “The commando sole isn’t pretty, but it is effective, and hence British shoemakers have always loved it for their country collections as it was fit for the purpose.”

Aside from its country-weekend utility, there’s another reason why English shoemakers have long championed the style. It was developed in the 1930s by English rubber maker Itshide, who at the outbreak of WWII switched from producing toys and brushes to churning out tank treads and pieces for torpedo systems. Among its martial output was a new kind of rubber sole used for army boots, which soon earned the name “commando.”

Following the cessation of hostilities, Itshide—which relocated to the British shoemaking capital of Northamptonshire in 1989—continued to turn out the sole, whose utilitarian properties earned it a following in post-war Britain.

“The big benefit of the commando is grip,” Little continues. “The shape of the jagged cleats in the sole is ideal for keeping you stable on the roughest of terrain. An additional benefit is the hardwearing nature of the rubber. We repair all of our shoes, but we rarely have to resole commandos.”

While forged in wartime, the knowledge needed to create a commando-style sole was not kept top-secret. So, while Itshide is recognized as its originator and continues to be a major supplier, many of the same footwear brands also utilize Italian-made Vibram outsoles that are similarly lugged and also referred to as “commando” soles.

And though it was made for the most practical of purposes—wartime operations—there’s no denying that the chunkier lugs of a commando sole provide a stylistic edge.

“Aesthetically the sole looks aggressive, and extremely practical,” Little says. “Often designers like to use it with an elegant upper as it creates an interesting juxtaposition.”

Across the pond, commando soles are often utilized by Alden, particularly in the American maker’s more workwear-oriented styles including the Indy boot. But Leffot owner Steven Taffel has enjoyed slipping it onto more traditional dress shoes including Alden’s captoe oxford.

“Pre-pandemic, guys who were dressing more formally for business and especially guys who were in New York and walk the city have always looked for shoes they can wear as a business shoe if the weather is bad,” Taffel says of its utility. “I added the commando sole because it’s a low profile, but it still gives you tread and traction and the rubber for moisture. But it doesn’t really change the look of the shoe drastically, so it still functions as a dress shoe.”

While the decision to add a commando sole to one of Alden’s most formal styles was a practical one, Leffot also carries footwear from the Barcelona-based maker Norman Vilalta, which juxtaposes sleek dress uppers to chunky Vibram commando soles to make a statement.

Whether it’s sported to combat the elements or create a look, it appears that commando soles are on the rise: Tricker’s sales director David Jeffery calls the style “very popular,” and reports that sales for commando-soled footwear have increased in the last six months.

Taffel, meanwhile, sees its embrace as part of a sea change regarding how men view their wardrobes. “Everyone is a lot less formal in a business setting, so what’s really important to a lot of men is the versatility and the functionality of footwear.”

Conventions and trends may change—but the commando sole continues to report for duty.