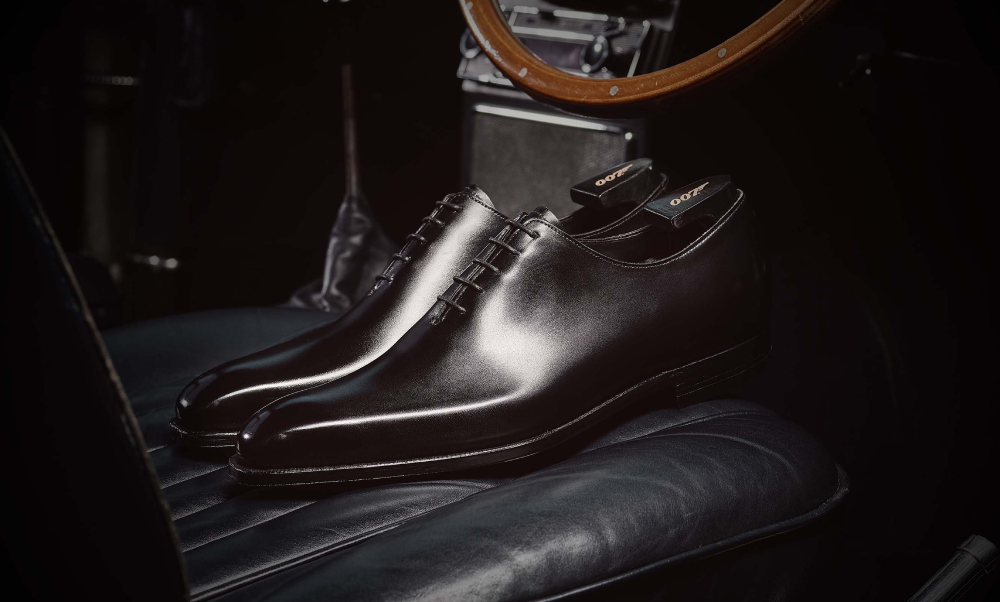 Daring missions, cool gadgets and signature cocktails aside, 007 is probably best known for his quintessentially British style. Now, one of the U.K.’s finest cobblers is releasing some footwear worthy of everyone’s favorite secret agent.

In celebration of James Bond and the character’s 25th feature film, No Time to Die, Crockett & Jones has fashioned the James, a limited-edition wholecut Oxford constructed from the finest box calf. While the film’s star Daniel Craig wears two other Crockett & Jones styles on-screen, this pair brings Bond’s unique sense of style to the real world by upgrading every single detail of the heritage brand’s well-known wholecut Oxford style.

The hide itself is carefully selected so only those with the tightest break from the finest European tanneries make the cut. This helps the shoe’s beautifully sculpted silhouette to shine through, a shape formed on Last No.348 whose modern proportions have become the foundation of many of the firm’s most famous models.

“Bond is known for his perfectly elegant comportment in all situations and in No Time To Die, Crockett & Jones’s shoes are very much a part of that equation,” NTTD costume designer, Suttirat Anne Larlarb, said in a statement.

That same level of quality and attention to detail is even carried through to the interior. Fully leather-lined, the all-black insides feature a silver-foiled 007 logo, marking the first time the brand has done something of this nature. And because Crockett & Jones cares about the longevity of every pair it sends out it into the world, this one comes with its own set of handmade shoe trees. But to make them as special as the Oxfords they’ll help support, they’ve been embossed with the famous 007 logo as well. A chrome shoehorn and handsome shoe brush complete the exclusive packaging.

The James in black hand grade calfskin ($1,195) is available now on the brand’s website along with two other styles custom-developed for No Time To Die. The film is currently slated to release on November 20.