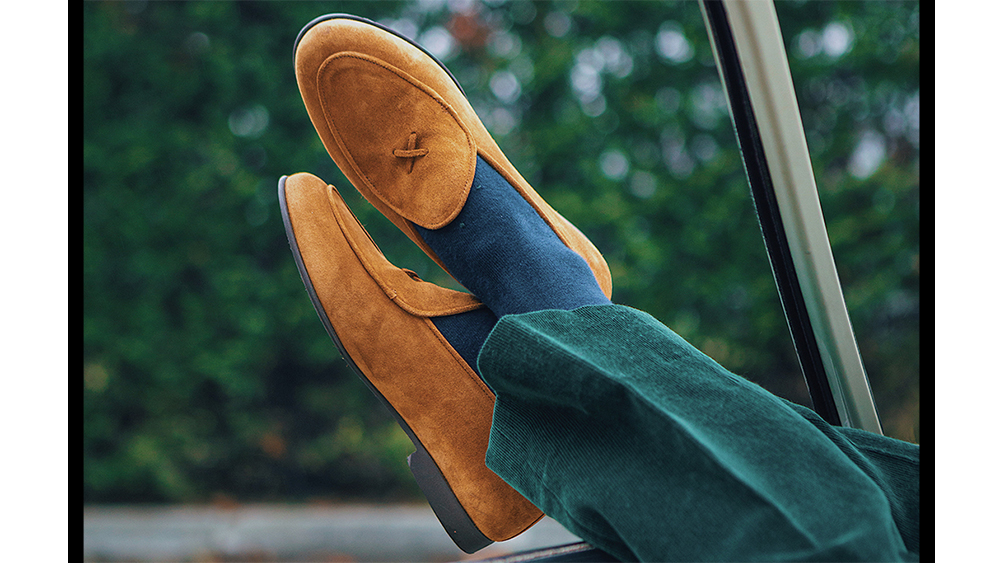 The first time Andrew Roberts laid eyes on a pair of Del Toro blue camouflage chukkas, he knew that it was a match made in footwear heaven. “It was so different from anything that I’d seen before,” Roberts recalls of the indie brand. “The shoes were obviously well-made but didn’t take themselves too seriously.” On that fated day in 2015, he left the Miami flagship store with several pairs. Now, nearly six years later, Roberts is leading Del in its next chapter.

His obsession with the brand began as his newly acquired shoes attracted compliments up and down South Beach. “My friends, colleagues—everyone wanted to know where they were from,” he says. But, more than an inflated sense of pride came from the influx of praise: “The shoes became an extension of myself and boosted my confidence.” In 2019, Roberts received word that the brand was on the market and by 2020, he was named its new leader.

When it was first conceived by Matthew Chevallard in 2005, Del Toro specialized in modern riffs on classic loafers and smoking slippers. When Chevallard stepped down in 2018 and a new group of investors took over Del Toro, the brand took a turn, bending to streetwear trends by adding hoodies, sweatpants and loungewear to its lineup. Roberts inherited a lot of this inventory from the previous owners—including a pair of velvet slippers adorned with emojis that he has happily deleted from the collection.

“The easiest thing I could’ve done was continue on [the previous owners’] path. I can’t really explain it, but, I knew I couldn’t.” Instead, Roberts reverted back to Chevallard’s classic vision for the brand, restoring the brand’s original logo marked by a bull’s head. “I knew if I was going to be the next steward of this brand, I wanted to do it in a way that pays homage to the Del Toro that I first fell in love with.”

Under Roberts’ leadership, the Italian-made shoes teeter between formal and casual. There are traditionally conservative styles, such as the Milano loafers and house slippers, that come in either leather or velvet and let the materials do most of the talking. Streamlined chukkas and sneakers are available for those looking for even more casual footwear. Roberts has also added a new customization feature that allows customers to add words or even full sentences on the front vamp, bottom sole or heel of the shoe. And, noticing an uptick in orders for groomsmen over the past year, he recently introduced wedding accessories including bowties, belts, suspenders and pocket squares.

Del Toro is the first business the 31-year-old has ever captained.  While his background in sales at Everlane and Fridababy gives him a steady understanding of the market, it’s Roberts’ firsthand experience as a loyal customer of the brand that has proven to be his greatest edge as CEO. “A more seasoned CEO would’ve probably outsourced customer service, but I knew, as a consumer, the importance of this. So, if you ever email Del Toro support, you’re actually talking to me,” he says with a laugh. “Every decision I’ve made thus far has been through the lens of the customer.”

Roberts maintains a hand in everything and does so out of an unflagging passion for Del Toro. “It’s my motivation every day. I don’t want this company to go away because it is, and always has been, my favorite shoe brand.”

Robb Recommends: These Winter Boots Are So Lightweight They Feel Like Sneakers