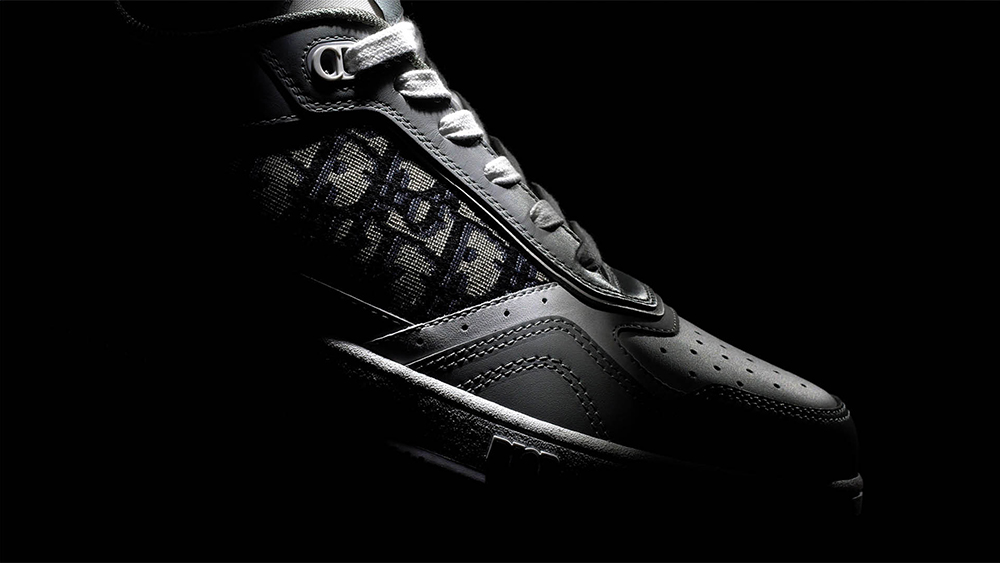 When Kim Jones, Dior’s creative director of menswear, debuted a collaboration with Nike’s Air Jordan, sneakerheads and fashion fans collectively went wild. It’s understandable—while Nike is no stranger to a designer tie-up, Dior was the biggest luxury name to put its imprimatur on arguably the most beloved sneaker in the world. That white-hot collaboration may have cemented Dior’s street cred, but the brand’s latest release—the B27 sneaker, launching Friday, October 30th—ditches the swoosh and puts the focus firmly on the couture house’s luxury chops.

After conquering basketball with Air Jordan, the B27 draws inspiration from ’80s tennis gear and skate shoes. Jones is an avid collector of kicks himself (he owns over 40 pairs of Jordans procured throughout the years) so you can be sure his references are more than just talking points. The design stands out for its multi-material upper, combining smooth calfskin, velvety nubuck and either the brand’s monogrammed jacquard fabric or a new laser-cut leather perforated with the same archival logo.

The full range of Dior’s new B27 sneakers.  Pol Baril/Dior

Like the Dior Air Jordans, the B27 is crafted at the brand’s leatherwork ateliers in Italy. But the new design ups the ante on the technical savoir-faire. In addition to details like hand-dyed edges and topstitching, the shoe’s three main materials are graphically inlaid to achieve an eye-catching three-dimensional effect. It’s effectively applying the complex construction that is a hallmark of Dior’s haute couture to a 21st-century status symbol. These sneakers just may be the apotheosis of the casual luxury era in which we are living.

The B27 comes in either a low- or high-top version, with the latter featuring an ankle strap in a subtle monotone jacquard baring the brand’s signature. Both models are available in three neutral colors: white, black or (Mr. Dior’s personal favorite) pearl gray. The low-top is priced at $990 and the high-top is $1,100.

Considering that the Jordans, which dropped this past June, drew five million people (roughly the population of New Zealand) competing for 8,000 pairs of the coveted kicks, it’s safe to say that the B27’s release will be a hot ticket. In advance of the 30th, one can register to gain first access to shop the new kicks. And the good news is that, this time around, the B27 is slated to be a part of Dior’s permanent collection. Might the maison have created its own Air Jordan equivalent? Time, and the streets, will tell.

Robb Recommends: These Winter Boots Are So Lightweight They Feel Like Sneakers