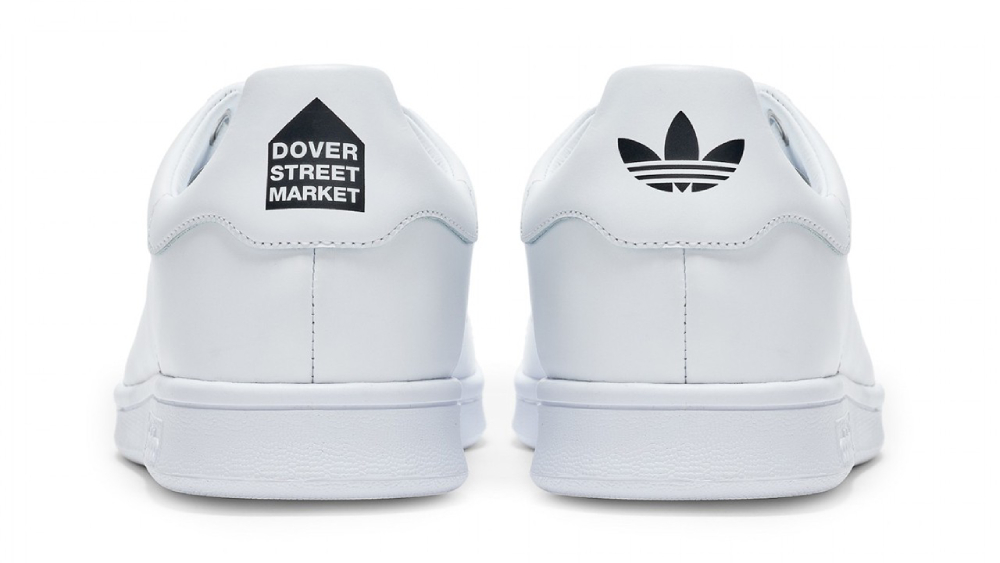 Updating a classic is a tightrope walk. But Dover Street Market and Adidas have successfully made it to the other side with their new Stan Smiths.

The avant-garde luxury emporium––owned by Comme des Garçons––is known for putting intelligent spins on well-known styles. It tapped the footwear giant to reimagine its iconic Stan Smith sneakers, famously of the green heel tab, in a monochrome palette. The results? Two minimalist iterations of the shoe in timeless black and white.

Not only is the vibrant heel panel replaced on the all-leather uppers, but the customary gold foil and triple-striped perforated detailing along the exterior sides are gone. Those signatures are replaced with contrasting Dover Street Market and Adidas Trefoil logos across the back.

Named after the famed two-time Wimbledon champion tennis player, Stan Smiths were first introduced in 1965. Well, sort of. When they first hit the market, they were actually named after the French tennis player Robert Haillet. Haillet retired in 1971 and the shoemaker wanted to capitalize on tennis’ surge in popularity and the growth of its professional tournaments. It needed a new star to represent its innovative shoe that opted for leather rather than canvas. The American Smith got tapped with a generous endorsement deal.

Though Smith signed on to promote the shoe, the simple style––which lacked the striped detailing found on most of the brand’s other styles––wasn’t renamed Stan Smith until 1978 and added Smith’s portrait to the tongue. After decades on the market, the popularity of Smiths waned, but they saw a massive resurgence over the past decade thanks to becoming the footwear of choice for style luminaries like designer Phoebe Philo.

Though currently available on the store’s London site for £130 (about $160 at current exchange), both versions are expected to hit the American web store on April 9th.