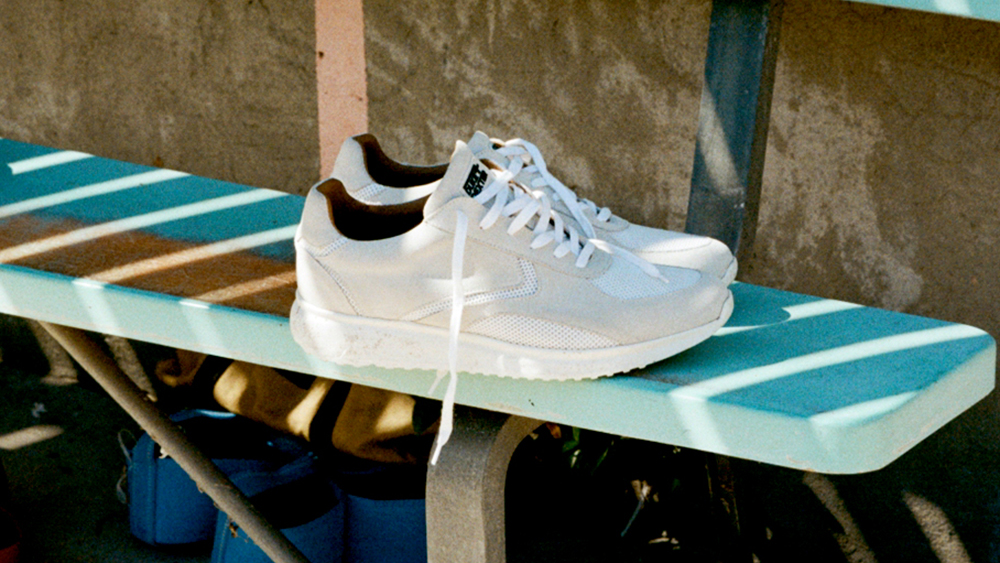 England is known for many things: average-to-poor weather, questionable national cuisine, the monarchy and, to a somewhat lesser extent, its shoemaking industry. While it’s an industry that’s been around for some seven centuries—and many of the oldest, most reputable names continue to be exemplary—young shoemakers are making some of the biggest impressions today, and a sterling example is Duke & Dexter.

Founded in 2015 by Archie Hewlett, an entrepreneur who was 21 years old at the time, the brand is rooted in a youthful sensibility. “From my early teens, I was always keen to start something myself. I was working in property recruitment at the time, and I started D&D to escape the corporate world,” Hewlett tells Robb Report. So, with blissful ignorance and little money, he started a brand.

Duke & Dexter debuted with striking leisure slippers before expanding the range to encompass sneakers, boat shoes, boots and penny loafers (the latter are what the brand is best known for today). Seven years on, Hewlett counts Jonah Hill, Matthew McConaughey, Michael B. Jordan and Jack Harlow as brand patrons and Playboy and Snoop Dogg as collaborators. Hewlett describes working with the hip hop legend as “a real privilege”, adding that “what made this even more special, though, was that Snoop was a client first and foremost, so there was a genuine passion for the brand and product.”

At the brand’s core is a commitment to being made in England. “True, genuine quality is paramount for us…but you can have great quality shoes made all over the world now,” Hewlett says. The brand recently retained ownership of its factory a mere two hours from London, which has afforded it greater control over sampling and product development. With that, it’s also managed to reduce its environmental impact, which, Hewlett says, “plays a big part in our customer’s purchasing decisions and brand loyalty.”

Unlike many of the brand’s peers, Duke & Dexter isn’t based in Northampton, which is regarded as the cradle of English shoemaking. Instead, it’s based in Sheffield, in a modern, state-of-the-art workshop where the brand’s clean, sporty sneakers and contemporary loafers are made with the utmost attention to detail and in limited runs to ensure quality rather than quantity. Producing a single pair of loafers requires some 40 steps, including hand-picking the leathers and individually lasting each shoe, while the sneakers demand over 100 steps due to the range of materials used.

In recent years, the loafer transcended its staid roots to become a sneaker alternative, a shift that is illustrated in Duke & Dexter’s playful riffs on the classic using Italian leathers and suedes with comfortable crepe soles. In addition to a range of two-tone penny loafers in color combinations rarely found elsewhere—white and forest green, denim blue and mustard yellow—the brand released a quartet of fuzzy suede penny loafers. They’re intentionally not “office appropriate” but passable for any other occasion in the city.

This fall’s new range of Christie sneakers reference running shoes from the 1990s and are made using a combination of soft nappa leather and calfskin with shock-absorbent EVA cushioning soles. They’re available in a handful of muted, retro-inspired colors and are a pleasure to run around in thanks to their eco-friendly bamboo fibre lining. And with foul weather en route, Duke & Dexter’s Darwin hiking boots manufactured in partnership with Fracap will undoubtedly come in handy.

“We’ve always believed if you want to do something, you should do it right. That’s why we traveled to Italy to collaborate with Fracap—one of the world’s oldest and best makers of hiking boots,” Hewlett says of the family-owned business founded in 1908. Respect for doing things the old-fashioned way is baked into everything Duke & Dexter does.

England’s foremost shoemakers have been around for centuries. But, in the space of seven years, Duke & Dexter has managed to buoy traditional English craftsmanship with an injection of irreverence and a youthful spirit.