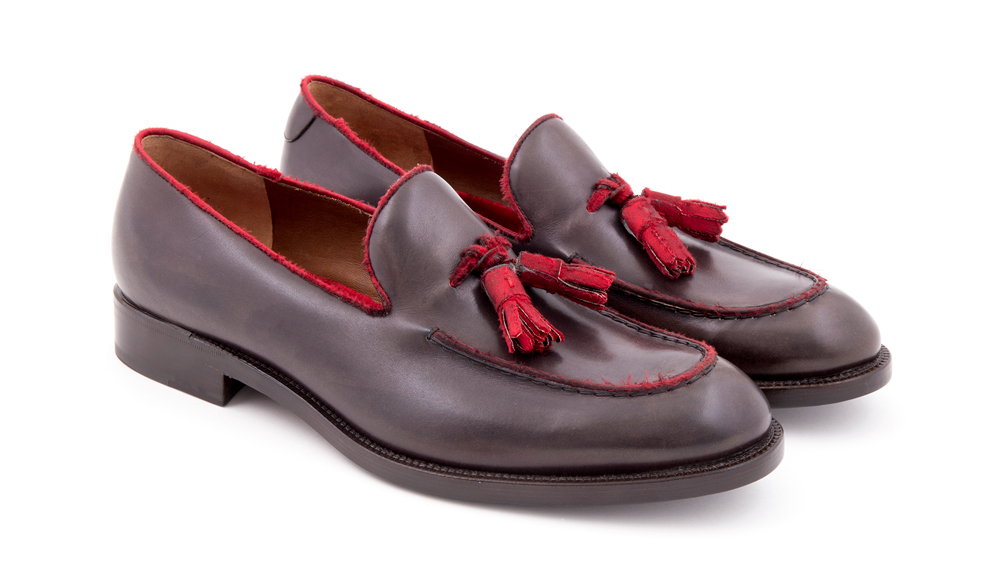 When Renzo Rossetti unveiled the tassel loafer in his native Italy in 1968 (just a few years after Gucci introduced their horsebit version of the shoe) it was deemed revolutionary. “In the ’60s, most Italian men wore basic black or brown lace-ups,” says his son Diego, chairman of Fratelli Rossetti, the shoe company Renzo founded in 1953 in Parabiago. After a few years, Renzo’s sporty Brera model, named for the historical artist district in nearby Milan, was not only accepted by his fellow Italians but became an iconic model that put his brand on the map.

Fast-forward 50 years and the Brera remains an international best seller, and is synonymous with the brand’s chic, but never fussy aesthetic. The loafer’s, and the label’s, longevity can be pegged to its versatility. It adds an element of style to everything from laid-back shorts and denim to sharp suits, and the new hand-embroidered model (designed to celebrate the Brera’s landmark anniversary) delivers a dressy dose of elegance to evening attire.

In addition to the labor-intensive new style, which comes in four colorways each adorned with a vibrant patchwork of flowers, delicate beads, and stars, the enduring classic (priced from $240–$740) is continuously updated with new technology and designs. Standouts include the extra-soft and flexible Special Flex model, which features an innovative sole designed to mold to the shape and steps of its wearer—or be folded down to pop as a last-minute addition to an overstuffed weekend getaway bag. A colorful snakeskin-style weave, which combines yellow and black or green and blue in a bold pattern that mimics the reptile’s scales has also recently been introduced. Though, even if you forgo the 21st century enhancements and choose to slip on the Original—which has remained virtually unchanged for five decades—the Brera is sure to continue to be sartorial statement for at least another half-century into the future.