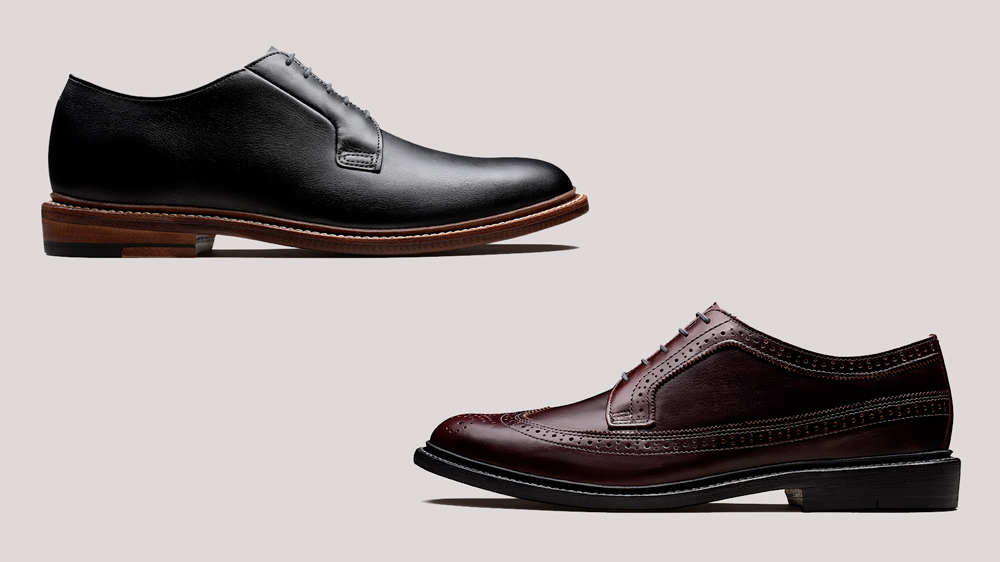 On the whole, American brands haven’t exactly earned a reputation for being expert shoemakers—bar perhaps the hardworking boots worn by cowboys or coal miners. Fine footwear has largely been left up to the experts across the pond, with cobblers in England and Italy turning out one sleek shoe after the next. But there are a few U.S. brands with history enough to hold their footing alongside labels like Frank Clegg and Mark Cross and are working to preserve the country’s leatherworking heritage—and Bostonian is one of them.

Founded in 1899 as Commonweath Shoe and Leather Company, the brand long outfitted well-heeled New Englanders (and American men at large) with expertly crafted leather oxfords, wing tips, and lace-up boots made entirely in its factory in Whitman, Mass. Its steady success caught the eye of Clarks Americas (a subsidy of the Desert Boot–making British brand), which bought Bostonian in 1979. Over the succeeding decades, it followed the tumultuous route of so many niche brands absorbed by big business. It moved much of its production away from its hometown and tried to reach the lowest common denominator with styles that were a far cry from classic pairs that loyalists had come to love.

But now, Bostonian—still owned by Clarks—has course-corrected. Earlier this month, the brand unveiled a complete reboot (pun fully intended), rolling out elevated styles and returning to its made-in-America roots. Though not every shoe is produced stateside as the name suggests, the Made in the USA collection absolutely is. The five office-ready styles—ranging from an elegant cap-toe boot ($500) to lace-ups that feature longwing brogue details that sweep from the toe to the heel ($475)—have all been made in Buffalo, N.Y., and feature design elements carefully sourced from as far west as Chicago.

Each has been crafted on the brand’s signature No. 16 last, which has been used to build Bostonian shoes for half a century. All of the classically minded pairs also feature sturdy Goodyear-welted soles to ensure they’ll withstand the test of time.