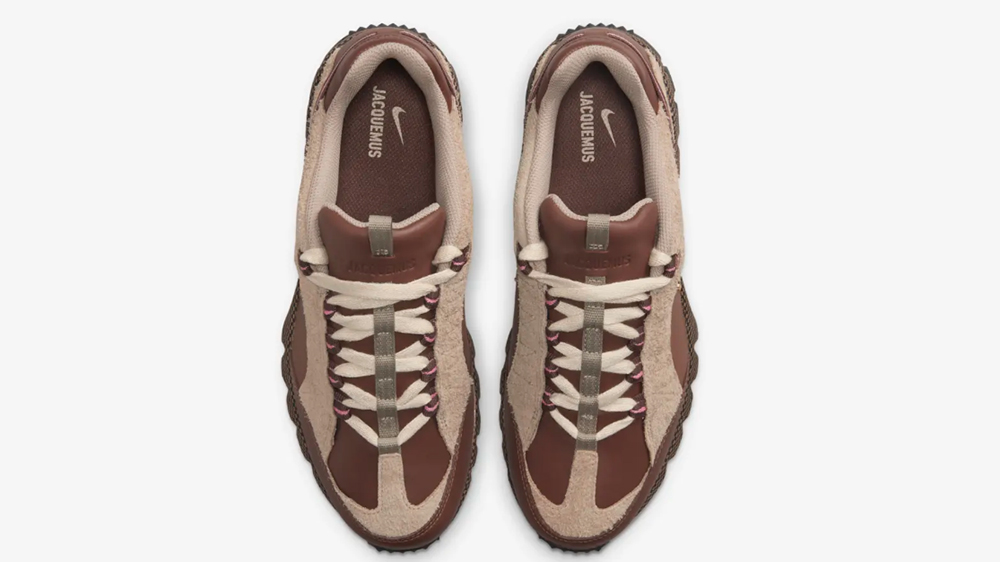 This morning, the French designer set social media ablaze when he announced a small selection of his debut collaboration with the athletic giant would drop today. The frenzy resulted in his own e-commerce site crashing due to an influx of eager consumers.

“More than 500k connections,” Jacquemus wrote on his Instagram Stories on Tuesday morning. “The website of course crashed…!!! So sorry for this.”

A campaign image from the female-focused drop.  Nike

Once the site was live, much of the drop, which included two colorways of the Jacquemus x Nike Humara sneaker as well as a sports bra, polo, hoodie, bike shorts, dresses and a bucket hat, was sold out.

Jacquemus said last month that for this female-focused collab with Nike, he wanted to create a capsule that reinterprets athletic women’s sportswear and the inspiration behind the pieces come from vintage ACG styles and Nike campaigns from the ‘90s.

The Jacquemus x Nike Humara sneaker, which is modeled after the designer’s favorite sneaker, features a premium leather upper, with suede overlay panels and a mini Swoosh branding on the sides. One of the pairs dons a light blue color scheme with gray accents while the other wears a brown makeup.

Nike said on its site on Tuesday that it would release the Jacquemus x Nike Humara sneakers on its SNKRS app on Sept. 10. The style retails for $170.