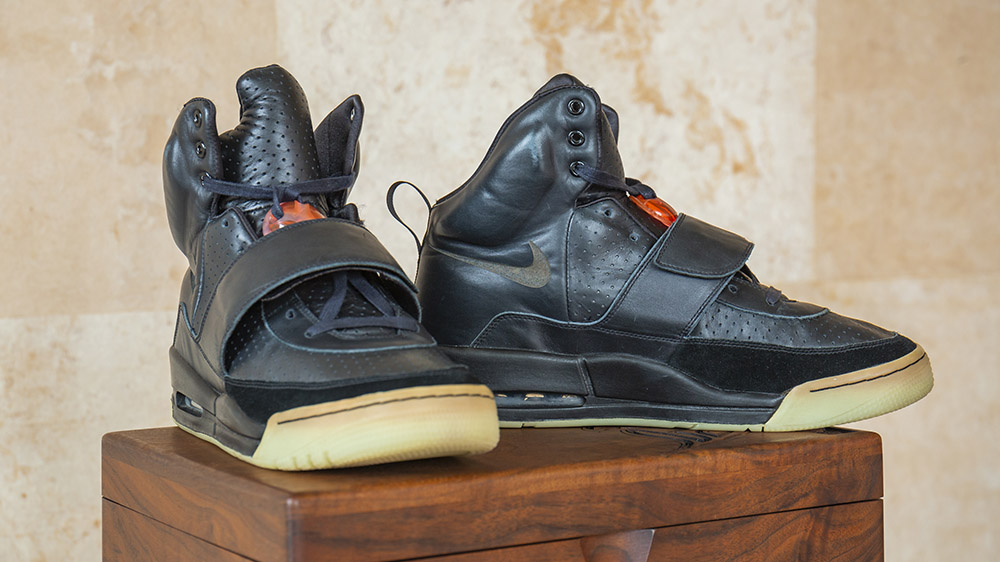 Kanye West’s first pair of Yeezys have sold for a price as outlandish as their creator.

The sample sneakers that introduced the rapper’s nascent fashion empire to the world back at the 2008 Grammys have sold for a record $1.8 million. Not only are the black leather high-tops the first pair of sneakers to break the $1 million barrier, they also sold for more than three times the previous high mark.

The “Grammy Worn” Nike Air Yeezy 1 Prototypes were sold to sneaker investment platform Rares via a private sale, according to the auction house. The $1.8 million  price easily beats the previous record of $560,000, which was set by a pair of Nike Air Jordan 1s from 1985 that sold at auction last May. Before that, the title belonged to a pair of Nike Waffle Racing Flat “Moon Shoes” that sold for $437,500 in the fall of 2019.

This particular pair was designed by West and Mark Smith, and were worn by the rapper during a stirring performance of “Stronger” and “Hey Mama” at the 50th annual Grammys. The size-12 shoes feature a soft black leather upper, perforated details, tonal Nike swoosh, Yeezy forefoot strap and signature “Y” medallion lacelocks in bright pink. Although West and Nike would go on to collaborate on a handful of other sneakers, they parted ways in 2013, at which point the rapper teamed up with Adidas. That relationship has proven to be quite fruitful for both sides, with Yeezy going on to become a global fashion phenomenon that totaled $1.7 billion in sales last year.

“The sale speaks volumes of Kanye’s legacy as one of the most influential clothing and sneaker designers of our time, and of the Yeezy franchise he has built which has become an industry titan,” Brahm Wachter, the auction house’s head of Streetwear and Modern Collectibles, said in a statement.

After buying the shoes, Rares announced that it will split ownership of the shoe into shares which its users will be able to buy and trade on its marketplace. If all goes to plan, sneakerheads the world over will be able own a fraction of the record-shattering shoes come this June. Welcome to 2021.