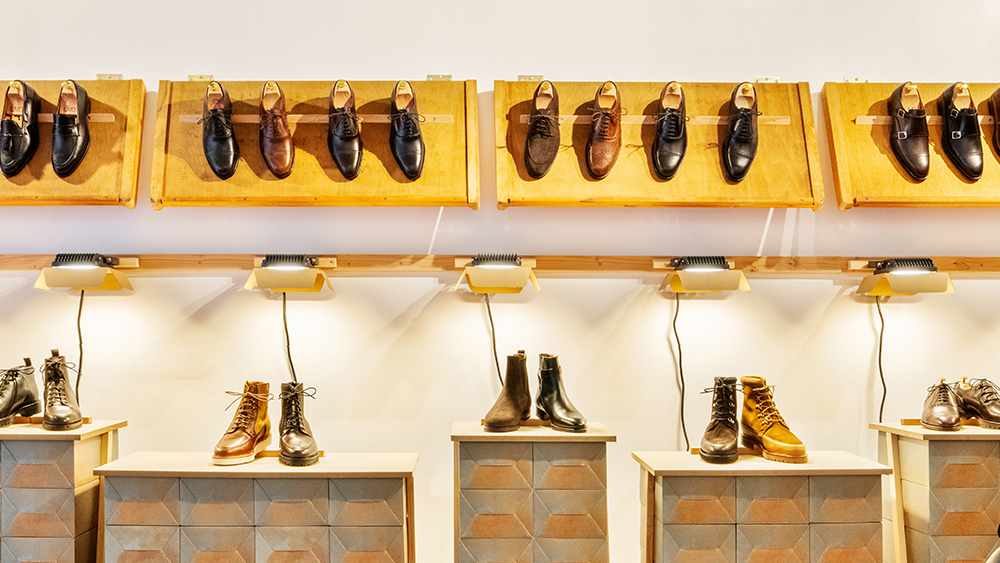 In the heart of Midtown Manhattan, finance bros, dandies and shoe enthusiasts of all sorts are making their way to the neighborhood’s newest footwear destination: Le Majordome. While the Swiss brand has been forging accessibly priced made-to-measure shoes for a little over a decade, this store marks the debut of its presence in the United States. The location—on Madison Avenue, just a block east of Rockefeller Center—isn’t known for generating fashion buzz, but Daniel Bucheli, Le Majordome’s president, says choosing the decidedly business-y hood was a no-brainer.

“Nolita had too much of streetwear groove and SoHo, although it would’ve been interesting, was missing the office worker in a nicely cut suit,” he says. “On Madison, we saw everything: the high-end fashion shopper, the classic guy looking for a pair of nice boots and the office worker in elegant dress shoes.”

Perhaps that’s what makes Le Majordome unique—bespoke-quality footwear for all kinds of guys. The price point is certainly enticing (ready-to-wear models range between $460 and $750), but the biggest draw might be the ample options to customize each style without having to commission a fully bespoke design (which the does brand offer for an additional fee). No matter if it’s a monk-strap, loafer, hiking boot or sneaker, the creative possibilities are endless. Bucheli says the company will gladly step outside of its understated oeuvre to deliver a client’s dream shoe: “We have made mules in pale rose suede, off-white crocodile boots, asymmetrical shoes where the left is colored differently than the right and some flashy pairs in bright orange, red and other wild combinations.”

I recently underwent the customization process myself. After ignoring my insecurities and standing barefoot on a scanner that took precise measurements of my feet—which accounted for the fact that, like many, one of my feet is slightly larger than the other—it was decision-making time. As my style leans more toward the classic end of the fashion spectrum, I chose a timeless pair of black calfskin double monk-strap shoes. I wasn’t, however, satisfied with the heels, which fell a few centimeters shy of a full inch. As someone who stands at 5 feet, 10 inches tall, I’m always looking for an extra boost. Bucheli reassured me that the heel could be extended, and my ego was left unbruised.

All of Le Majordome’s shoes are hand-lasted and produced in a Spanish factory that’s been practicing its craft for over 100 years. The details, like cork supports below the footbed and leather heel reinforcements, are rendered with quality and comfort in mind. After 10 weeks, my shoes arrived and I saw this firsthand. They fit perfectly and I didn’t have to go through a break-in period. My only real complaint: the wait.